The Endocrine Society today announced it has chosen 15 leading endocrinologists as winners of its prestigious 2021 Laureate Awards, the top honors in the field.

Established in 1944, the Society’s Laureate Awards recognize the highest achievements in the endocrinology field, including groundbreaking research and innovations in clinical care. The Endocrine Society will present the awards to the winners at ENDO 2021, the Society’s annual meeting.

Ambrish Mithal, MD, DM – International Excellence in Endocrinology Award. This award is presented to an endocrinologist who has made exceptional contributions to the field in geographic areas with underdeveloped resources for 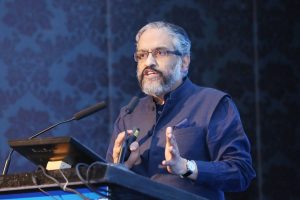 hormone health research, education, clinical practice, or administration. Mithal is the chairman and head of the endocrinology and diabetes division of Max Healthcare Hospital in Delhi, India. He has grown the field of endocrinology in India, and his important research on iodine deficiency and fluoride has been recognized worldwide. He founded India’s first bone density and osteoporosis service, establishing osteoporosis as a serious national health problem. He was also one of the first to recognize that vitamin D deficiency is widespread in India and played a key role in programs to fortify foods with vitamin D.

Richard J.M. Ross, MBBS, MD, FRCP– Outstanding Innovation Award. This award recognizes endocrinologists who have demonstrated innovation and entrepreneurship to further endocrine research or practice in support of the 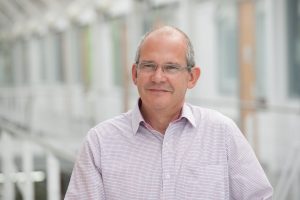 field of endocrinology, patients, and society at large. Ross is a professor of endocrinology at the University of Sheffield in the United Kingdom and an exceptional clinical scientist. His research on optimizing endocrine replacement therapy has focused on replacement of cortisol in patients with adrenal insufficiency and congenital adrenal hyperplasia. He founded the pharmaceutical company Diurnal to develop Chronocort, a novel steroid for treating patients with CAH. He also led the TAIN (Treatment of Adrenal Insufficiency in Neonates) Consortium for seven years to better understand adrenal insufficiency in pediatric patients and developed a new pediatric hydrocortisone formulation, Infacort. Ross is one of only a few clinical scientists who has founded an endocrine pharmaceutical company that has not only developed new therapies but also commercialized those therapies for patients. 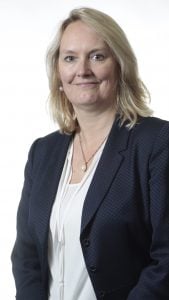 Monash Centre for Health Research Implementation, School of Public Health and co-director of Monash University’s Monash Institute of Medical Engineering, an endocrinologist at Monash Health, and executive director of Monash Partners Academic Health Sciences Centre. Throughout her 20-year academic career focused on women’s health, she has taught 35 PhD students and trained over 40 endocrinologists. She is a strong advocate and role model for advancing women in healthcare and runs women’s leadership programs for clinicians and early-career researchers.

James R. Gavin, III, MD, PhD – Outstanding Mentor Award. This annual award recognizes a career commitment to mentoring and a significant positive impact on mentees’ education and career. Gavin is a clinical professor of medicine at the Emory University School of Medicine in Atlanta, Ga., and the Indiana University 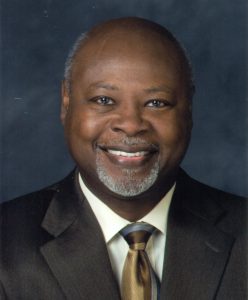 School of Medicine in Indianapolis, Ind. He’s also the chief executive officer and chief medical officer of Healing Our Village, Inc., a corporation that specializes in targeted advocacy, training, education, disease management, and outreach for healthcare professionals and minority communities. Gavin has served as a direct mentor to more than 50 early-stage physician-scientists and has touched the careers of countless others through his leadership of both the Howard Hughes Medical Institute-National Institutes of Health (NIH) Medical Research Scholars Program and the Robert Wood Johnson Foundation (RWJF) Harold Amos Medical Faculty Development Program (AMFDP). During his more than 35-year involvement with the RWJF AMFDP, he has contributed to the career development of over 300 minority physician-scientists.

California San Diego in La Jolla, Calif., as an associate professor in 2009, Kauffman has published 48 peer-reviewed articles and become an internationally recognized leader in reproductive neuroendocrinology research. His lab uses a variety of molecular, cellular, physiological, and neuroanatomical techniques to study how the brain and hormones interact to control reproduction in mammals. Kauffman is on the editorial board for Endocrinology and edited the field’s first and only kisspeptin textbook, which was downloaded over 26,000 times in the first year of publication.

Sidney H. Ingbar Distinguished Service Award. This award recognizes distinguished service to the Endocrine Society and the field of endocrinology. This year, the Society is honoring two members for contributions to basic science.

Sally A. Camper, PhD – Camper is a professor of internal medicine and the Margery Shaw Distinguished University Professor of Human Genetics at the

University of Michigan Medical School in Ann Arbor, Mich. She is an exceptional basic scientist who has successfully applied innovative genetic technologies to understand the pituitary gland. She has served in many different committees at the Endocrine Society since she became a member, including on the Molecular Endocrinology Editorial Board, the Basic Science Task Force, the Annual Meeting Steering Committee, the Scientific Statements Task Force, the Scientific and Educational Programs Core Committee, the Nominating Committee and the Advisory Board. Over the last 10 years, Camper has mentored and taught several U.S. and international trainees from Brazil, Argentina, and France.

Nominations are being accepted for the 2022 awards cycle until December 31, 2020. Any submissions received after December 31 will be considered for the following year.