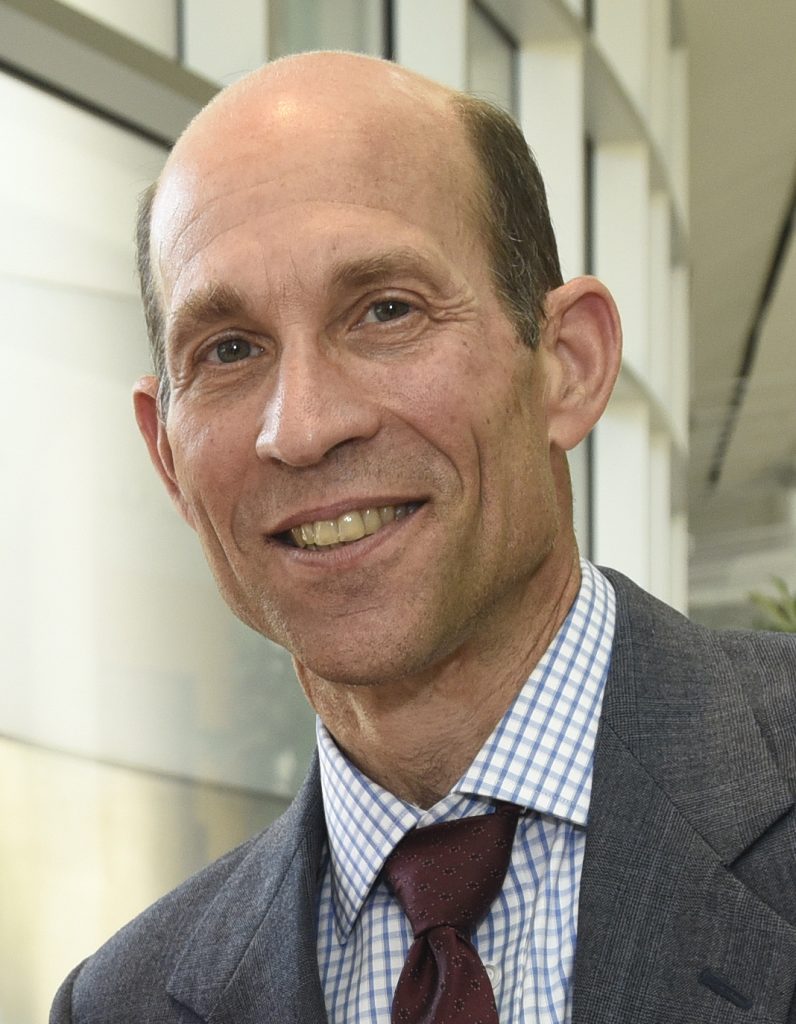 Rich Auchus is professor of medicine and pharmacology at the University of Michigan and the world’s foremost authority on steroid-related diseases. His pioneering science has transformed fundamental principles of steroid biosynthesis, and his clinical investigation has repeatedly changed clinical practice — for androgen synthesis, endocrine hypertension, and hypercortisolism. He determined the genetic and biochemical basis of isolated 17,20-lyase deficiency and many cases of 17α-hydroxylase/17,20-lyase (CYP17A1) deficiency.

With Walter Miller, he showed that cytochrome b5 activates 17,20- lyase activity allosterically by increasing coupling of electron transfer to androgen synthesis. With Jean Wilson, he described the alternative, “backdoor” pathway to dihydrotestosterone (DHT), first in marsupials and then in human diseases — a revolution for androgen biology. With Nima Sharifi, he described another pathway of DHT synthesis in castration-resistant prostate cancer and showed that a common HSD3B1 allele increases enzyme stability, accumulation, and androgen synthesis in these cancers.

As a Laureate Award recipient, do you have any advice for those just beginning their careers?
“Be brutally honest with yourself and be your own harshest critic, but at the same time forgive yourself for your mistakes and learn from them. Stay true to your values and believe in yourself and the importance of your work. Explore other fields for clues that you might use to advance your own. Listen to your mentors and emulate the best qualities of each – you want to become a composite of them, not a copy. Most importantly, never, ever compromise your integrity.”

He made crucial contributions to the clinical development of abiraterone acetate for prostate cancer, and he repurposed abiraterone for treating congenital adrenal hyperplasia (CAH). Using elegant mass spectrometry methods, his team showed that the predominant androgen and best predictor of long-term CAH disease control is 11-ketotestosterone, not conventional androgens. He showed that adrenalectomy affords significant clinical benefits for mild Cushing syndrome and established that rapid cortisol assays improve the success of adrenal vein sampling for primary aldosteronism. His team has brought several new drugs to clinical trials for Cushing syndrome and CAH, frequently as top US recruiters.

Dr. Auchus’ insight is widely sought and respected: he co-authored the Endocrine Society’s position statement on testosterone assays, the definitive review on steroidogenesis and its disorders, the Endocrine Society’s revised clinical practice guidelines for CAH. He a skilled teacher and mentor who is widely sought for his inspiring lectures, and he is an OUTSTANDING choice for the 2021 Clinical Investigator Award.