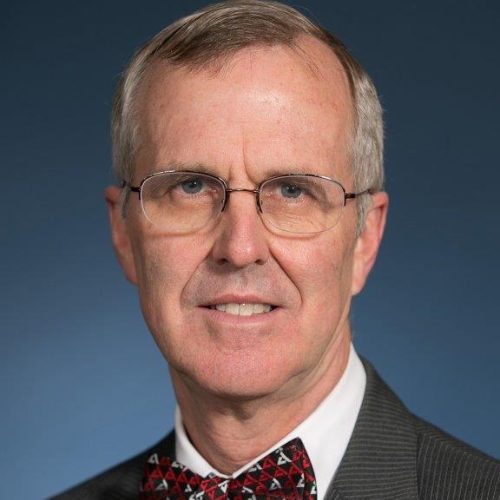 “For many years, JDRF has supported the collaborative work of Dr. Harlan and his colleagues in the Greater New England area,” says Esther Latres, PhD, JDRF assistant vice president of research. “Under Dr. Harlan’s leadership, we anticipate continued progress toward a cure for type 1 diabetes using stem-cell derived beta cell and islet therapies.”

For nearly 40 years, Harlan has been conducting research exploring the pathophysiology underlying diabetes. Harlan also brings years of experience as an endocrinologist with expertise in diabetes and metabolism. A renowned basic and clinical investigator, his current research is focused on beta cell biology and the anti-beta cell immune response.

“For decades, clinician scientists like myself have been working to develop methods to safely interfere with the autoimmune response that targets the insulin-producing beta cells in the pancreases of people with type 1 diabetes,” Harlan says.  “Our group is working to genetically modify the beta cells to make them invulnerable to the immune system when infused into a person with type 1 diabetes.”

The JDRF Center of Excellence in New England is part of a growing global network of research centers aimed at accelerating science in curing T1D and improving lives. Organized as a cross-institutional collaboration between leading experts from the UMass Chan Diabetes Center of Excellence, Harvard Stem Cell Institute, Joslin Diabetes Center, Dana Farber Cancer Institute, and the Jackson Laboratory, the Center of Excellence in New England focuses on exploring immune responses and applying cell engineering technologies to prevent rejection of highly functional islets by the immune system in the absence of immune suppression.

“We’re testing these human cells in vivo in our unique biological models,” Harlan adds.  “The goal is to provide an islet cell replacement therapy that eliminates the need for immunosuppressant drugs with their inherent toxicities.”

Harlan’s tenure as head of the Center of Excellence begins immediately, taking over for Douglas Melton who announced he would be stepping down to join Vertex Pharmaceuticals as a distinguished fellow.

For more information about The JDRF Center of Excellence in New England please visit,
http://jdrf.org/impact/research/centers-of-excellence/new-england/

For more information about the JDRF Center of Excellence program, visit
https://www.jdrf.org/impact/research/centers-of-excellence/