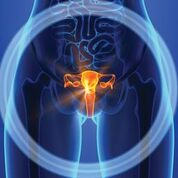 Most women have never heard of genitourinary syndrome of menopause. But given its prevalence and progressive nature, many physicians are working to increase attention and treatment.

Some 50% of postmenopausal women will experience the symptoms of genitourinary syndrome of menopause (GSM) at some point, but few women receive treatment — even though safe and effective treatments are available.

The condition is known by several names — including vulvovaginal atrophy — in part because the symptoms resulting from a lack of estrogen can range from sexual discomfort to frequent urinary tract infections. But women do not recognize GSM as “one of the hallmarks of menopause” like hot flashes that they know to talk to their physicians about, says Risa Kagan, MD, clinical professor of obstetrics, gynecology, and reproductive sciences at the University of California, San Francisco.

And sexual function is a topic that women may be hesitant to bring up, says JoAnn Manson, MD, DrPH, a professor at Harvard Medical School and chief of the Division of Preventive Medicine at Brigham and Women’s Hospital in Boston: “Women may just not be comfortable talking about the fact that sexual activities are painful for them. People are often embarrassed to bring up subjects like that.”

“The obligation is upon physicians to ask postmenopausal women whether they are having these symptoms. You often can make a diagnosis even by listening, although you definitely need to do an exam because there is a differential diagnosis. There are other skin conditions or infections that a patient may have.” – Risa Kagan, MD, clinical professor of obstetrics, gynecology, and reproductive sciences, University of California, San Francisco

“So if the healthcare provider doesn’t specifically ask them about these symptoms, it will tend to be missed,” Manson says, and surveys show time-pressed clinicians seldom raise the issue. According to some estimates, fewer than 10% of symptomatic women are treated with a relevant prescription product.

But even when physicians diagnose the condition and write a prescription, many women are scared off by the warnings that the Food and Drug Administration (FDA) requires in the labeling. Package inserts feature a prominent “black box” warning — which critics say is not backed up by evidence — that the products could lead to endometrial cancer, cardiovascular disorders, breast cancer, and dementia. These “class warnings” are included because the products contain estrogen.

Manson is part of a large group of healthcare professionals that has petitioned the FDA to change the labels because the warning is related to systemic estrogen, which these products are not. The systemic estrogens taken in menopausal hormone therapy substantially raise estrogen blood levels. But these are low-dose, locally applied treatments.

What’s in a Name?
What if you want to inform the public about a medical condition, but television producers won’t let you utter a word in the condition’s name?

Public distaste for the “vagina” portion of vulvovaginal atrophy was just one of the tricky issues that led two medical societies to convene a consensus conference to discuss the terminology. The members of the conference agreed that “the term genitourinary syndrome of menopause (GSM) is a medically more accurate, all-encompassing, and publicly acceptable term than vulvovaginal atrophy.”

GSM is more accurate because the decrease in estrogen and other sex steroids can lead to changes to a variety of structures: the labia majora, labia minora, clitoris, vestibule, introitus, vagina, urethra, and bladder. Symptoms can include genital symptoms of dryness, burning, and irritation; sexual symptoms of lack of lubrication, pain, and impaired function; and urinary symptoms of urgency, dysuria, and recurrent urinary tract infections.

Following the consensus conference, the boards of directors of both the International Society for the Study of Women’s Sexual Health and the North American Menopause Society formally endorsed the new term, and it is being increasingly adopted by other professional groups.

“The evidence is that the low-dose vaginal estrogen does not lead to estrogen blood levels that are above the usual postmenopausal range,” Manson says. “In that way it is very different from systemic estrogen, which leads to several-fold increases in blood levels of estradiol, estrone, or both. There is no evidence of any increased risk of thrombosis or other adverse events such as heart attack, stroke, breast cancer, or dementia, and strong reason to believe otherwise. Studies looking specifically at low-dose vaginal estrogen in terms of breast cancer and other risks have been negative. So we believe that the labeling for low-dose vaginal estrogen should be modified to reflect the evidence.”

The levels are so low that the American College of Obstetricians and Gynecologists published a committee opinion in March “endorsing the use of these products in breast cancer survivors if they are unresponsive to nonhormonal over-the-counter lubricants and moisturizers,” says Kagan, who is also involved in the effort to change the labeling. The effort has been ongoing for nearly three years with a petition with more than 600 signatures, with no word from the FDA on any impending decisions.

More Fallout from the WHI

Kagan believes that she and other clinicians are seeing more of the condition because the initial findings of the Women’s Health Initiative in 2002 scared many women and physicians away from menopausal hormone therapy. Fewer women are using hormone therapy, and when they do it is for shorter periods at lower doses. “I have women who are in their late 50s, who have vaginas that look like they are 70 or 80 years old,” Kagan says.

The problem with the lack of treatment is that unlike hot flashes, which resolve over time, GSM is “a chronic and progressive disorder that if left untreated will only get worse,” Kagan says.

For some women, coping with mild symptoms using moisturizers or lubricants may be enough. But others may need more help — and if the body is breaking down from a lack of hormones, replacing them is not that difficult. “No product works better than estrogen to re-estrogenize the vagina,” says Ginger Constantine, MD, president and CEO of EndoRheum Consultants in Malvern, Pa. There are also estrogen receptors in the bladder and the urethra, so conditions such as urgency frequency syndrome also respond to local vaginal estrogen.

There are several effective products on the market: creams that deliver 17-estradiol (Estrace), conjugated estrogens (Premarin), and estrone (Eastagyn, which is available in Canada, but not the U.S.); a vaginal ring (Estring) that delivers a low dose of 17-estradiol every day for 90 days; and a suppository tablet (Vagifem) that delivers estradiol.

There is also a vaginal ring (Femring) that delivers a systemic dose of estradiol acetate, and should not be confused with low-dose formulations. Because of the systemic dose, it is approved for the vasomotor symptoms of menopause.

An oral tablet, ospemifene (Osphena), is a selective estrogen receptor modulator that has shown efficacy with GSM.

Kagan says that patients ask her which product she recommends, but she does not recommend one over the other because “each woman is different.” Some women are comfortable using the ring because they put it in and forget it for three months, but others need to come in to have her nurse practitioner take it out. Women who use creams need to apply them a couple of times a week — and be consistent about the dose.

Treatment on the Horizon

Other treatments on the horizon include Prasterone, a suppository capsule containing DHEA that manufacturer EndoCeutics has submitted to the FDA for approval. A decision could come as early as the end of the year.

TX-004HR is a vaginal softgel capsule containing 17-estradiol that has shown promising results in clinical trials. The manufacturer, TherapueticsMD, has submitted a new drug application for TX-004HR to the FDA.

“Women may just not be comfortable talking about the fact that sexual activities are painful for them. People are often embarrassed to bring up subjects like that.” – JoAnn Manson, MD, DrPH, professor, Harvard Medical School; chief, Division of Preventive Medicine, Brigham and Women’s Hospital, Boston

“There still is a lack of recognition of the condition,” Constantine says. “If patients realize that these new products have very low doses without systemic absorption, there may be greater acceptability. It may be that the current lack of use of a prescription product is in part because there just is not a product that meets a woman’s needs. Maybe some of these newer products will meet that need.”

“The obligation is upon physicians to ask postmenopausal women whether they are having these symptoms,” Kagan says. The diagnosis itself is not difficult. “You often can make a diagnosis even by listening, although you definitely need to do an exam because there is a differential diagnosis. There are other skin conditions or infections that a patient may have.”

But the key to improving postmenopausal quality of life for many women could turn on raising awareness among both women and clinicians of the treatable nature of the condition — and to understand the difference between systemic and local estrogen.

— Seaborg is a freelance writer based in Charlottesville, Va. He wrote about the effects of diabetes on bone health in the November issue.

• About half of postmenopausal women will experience genitourinary symptoms such as pain with intercourse and frequent urinary tract infections, but few will receive appropriate treatment.

• Warnings on FDA-approved labeling are frightening women away from using effective treatments, even though the evidence does not support the warnings.

• Treatments that deliver local, low-dose estrogen and similar products are safe and effective, and do not raise estrogen and estradiol blood levels above the normal postmenopausal range.