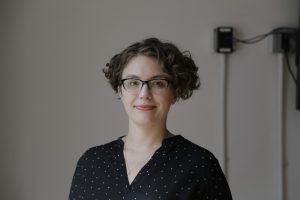 Holden is being honored for her coverage of our everyday exposure to harmful chemicals found in plastics, cosmetics and food. The winning article, “Is modern life poisoning me? I took the tests to find out,” was published in The Guardian News in May 2019. This article is part of Toxic America, a six-month investigative series launched by the news outlet to better understand the risks of contamination in our food, water and cosmetics.

In her article, Holden shares the results of her six-month journey to answer what should be a simple question but is not. She was tested for over 1,530 chemicals to find out if the exposure is making us toxic and how much individuals should be concerned. She underwent several tests, including wearing a newly developed silicone wristband to track what chemicals she encountered each week, and interviewed several endocrine-disrupting chemicals (EDCs) experts.

EDCs are chemicals that mimic, block, or interfere with hormones in the body’s endocrine system, and have been associated with a diverse array of health issues. The Endocrine Society plays a major role in educating the public and advocating for better regulation of these dangerous chemicals.

The Society established the journalism award in 2008 to recognize outstanding reporting that enhances the public understanding of health issues pertaining to the field of endocrinology.