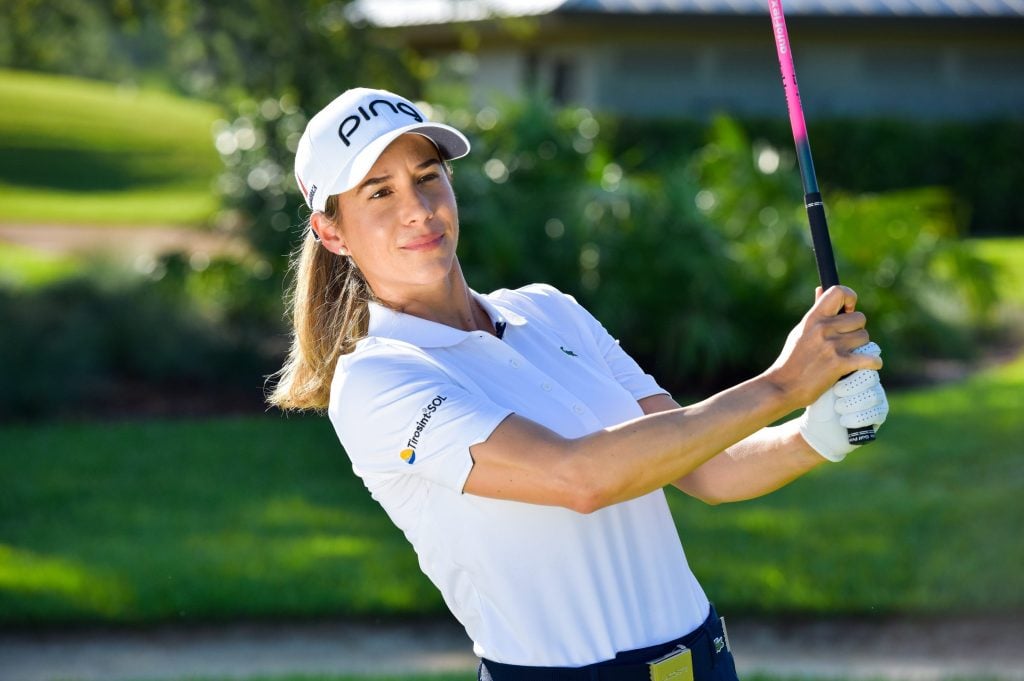 When professional golfer Azahara Muñoz started developing symptoms of Hashimoto’s thyroiditis – tiredness, cold extremities – she chalked them up to practicing too hard or traveling too much. It’s a stressful job. “You almost always have an excuse for it,” she says.

But then around 2016, Muñoz noticed she began suffering from anxiety. Her hair started to fall out. “I had these bald spots on my head,” she says. “I thought I was just really stressed out.”

Muñoz first went to a dermatologist, hoping the physician would prescribe something to help her hair grow back. “My physician knew right away,” Muñoz says. “She said, ‘You need to do some blood work because I think this is your thyroid.’ Once I went to the dermatologist, everything was pretty quick.” Munoz says the results from the first blood tests were “horrendous,” with thyroid-stimulating hormone and T4 levels off the charts. Now diagnosed with Hashimoto’s disease, Muñoz was put on levothyroxine, which she says lowered her hormone levels but didn’t improve her symptoms. She ached all over, and couldn’t work out in the morning. “If I pushed myself a bit too much, I would definitely feel it, like the next day I would have to take it really easy,” she says “I was still really cold. My skin was really dry. So, my symptoms didn’t improve that much to be honest, even though I was on medication.”

For a competitor like Muñoz, who won LPGA Tour Rookie of the Year in 2010, this was a blow not only to her life, but to her livelihood. She tried to force herself to practice, but she says all she could do was come home and crash on the couch. She practiced less and less and played in fewer tournaments. “I was just so exhausted,” she says. “I couldn’t play very well.”

A 2018 interview made public Muñoz’s struggles with Hashimoto’s. Muñoz says she never really wanted to talk about her health, but almost immediately her Twitter and Instagram filled with messages from people thanking her for talking about it, especially from those who also realized they might actually be dealing with a thyroid condition.

Around this time, Muñoz’s agent told her that IBSA Pharmaceutical had reached out about a levothyroxine sodium oral solution they were bringing to market and they wanted her to be their spokesperson. She had not heard about the solution at the time, but became interested in it, especially when she got pregnant with her son, Lucas.

Kenilia Ventura, MD, who has been treating Muñoz, tells Endocrine News that she first approached Muñoz about the drug IBSA is marketing as Tirosint-SOL when she was in her final two weeks of pregnancy. Ventura explains that levothyroxine requirements change during pregnancy anyway. “We waited until delivery, and then we transitioned to Tirosint-SOL, and she has done very well with it,” Ventura says. “I think she’s very competitive and she doesn’t complain a lot. She feels her best, and that’s what you aim for with a patient.”

“Yeah, and it’s been so much better ever since,” Muñoz says. “My achiness has gone away.”

Muñoz says that she was reluctant at first to be a spokesperson. “I am pretty private, so for me it’s a bit hard,” she says. “But just because I know how much it can help, I thought I am going to force myself and do it.”

Muñoz says she wants people to know that if they don’t feel good, they shouldn’t assume they’re just stressed. And while she says she’s biased toward Tirosint-SOL because it’s worked so well for her, both Muñoz and Dr. Ventura say people should take what works best for them. “There are alternatives, and if you don’t feel great on something, definitely try others,” Ventura says.

“I remember getting a puppy; we got a dog six years ago, and I just didn’t even want to walk the dog,” Muñoz says. “I was like, ‘What’s wrong with me?’ Yeah, I’ve got a problem. Now I don’t have that anymore. So, that’s actually what I want people to take away, the fact that you can actually feel really good again.”