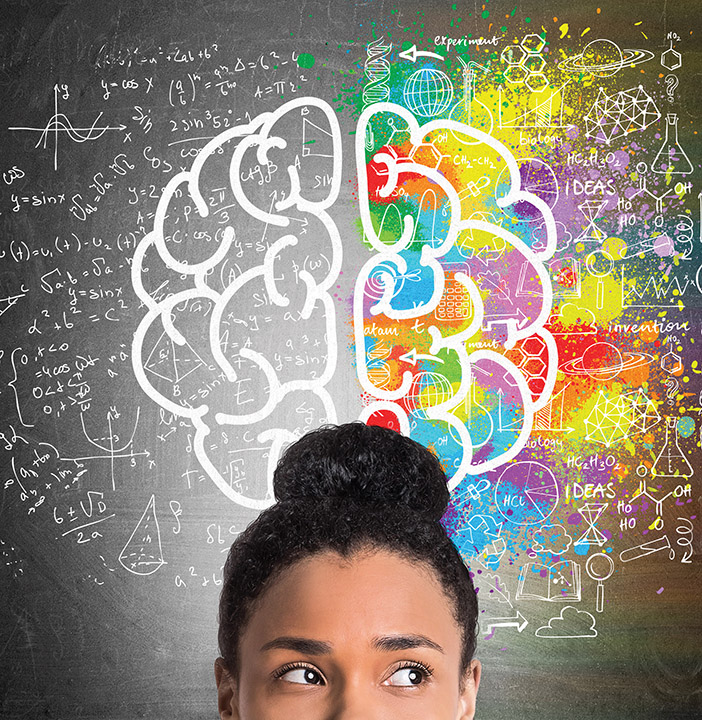 For the third year running, Endocrine News talks to editors from the Endocrine Society’s peer-reviewed journals to get the scoop on the top endocrine discoveries of 2017.

Scientists know all too well that good research takes time. Breakthroughs are hard won, often requiring decades to achieve. Therefore, when notable progress does happen, it deserves to be shouted from the rooftops. In endocrinology, vital research was published during the past year that will ultimately have a profound impact on the lives of many.

This article presents highlights from what eight editors from The Journal of Clinical Endocrinology & Metabolism (JCEM), Endocrinology, Endocrine Reviews, and Journal of the Endocrine Society deemed the most important endocrinology studies of 2017. From elucidating new molecular pathways to demonstrating efficacy of pharmaceutical agents to developing new clinical tools, taken together, these dramatic discoveries provide a snapshot of this year’s successes in endocrinology and offer the scientific and medical communities plenty to get the adrenaline going.

Testosterone Study Leaps Forward (and Gets a Standardization Tool)

Picking up from Endocrine News’ 2016 “Eureka!” article, Alvin M. Matsumoto, MD, professor at the University of Washington, associate director of the VA Puget Sound geriatric research, education and clinical center and an associate editor for JCEM, cites several male reproductive endocrinology papers as landmark achievements: papers reporting the remaining four (of seven) studies of The Testosterone Trials, as well as one reporting on a harmonized reference range for testosterone levels.

“The Testosterone Trials and a longer-term clinical study of the benefits and safety of testosterone therapy have been a 20-year goal in my life as an academic physician.” – Alvin M. Matsumoto, MD, professor, University of Washington; associate director, VA Puget Sound geriatric research, education, and clinical center; associate editor, JCEM

Taking place from 2010 through 2014, The Testosterone Trials consisted of a coordinated set of seven placebo-controlled trials of 788 total men age 65 years or older with symptomatic hypogonadism. Compared with placebo, one year of treatment with testosterone gel did not significantly improve cognitive function in 493 participants with age-associated memory impairment and significantly increased coronary artery noncalcified plaque volume in 138 participants (of unclear significance, but concerning), hemoglobin levels in 126 participants with unexplained anemia as well as with anemia of known causes, and bone mineral density and estimated bone strength, more in trabecular bone and the spine than in peripheral bone and in the hip of 211 participants. Taken together with the report of the three main trials published previously (New England Journal of Medicine in February 2016), The Testosterone Trials demonstrated some clear short-term benefits of testosterone therapy in older hypogonadal men.  They also highlighted the need for a larger, longer-term study to determine the long-term clinical benefits and risks (particularly cardiovascular risk) of testosterone treatment.

In the setting of rampant overprescribing, such as in older men who are experiencing low energy yet do not exhibit the classic symptoms hypogonadism, the short-term efficacy of testosterone treatment in older hypogonadal men is critical for clinicians to know. “The Testosterone Trials and a longer-term clinical study of the benefits and safety of testosterone therapy have been a 20-year goal in my life as an academic physician,” Matsumoto says.

The final paper that Matsumoto cited also concerns testosterone and provides material assistance to clinicians considering prescribing it. Published in JCEM in April, “Harmonized Reference Ranges for Circulating Testosterone Levels in Men of Four Cohort Studies in the United States and Europe,” by Travison, T.G., et al., is the first study to define what the normal reference range is for testosterone levels in 9,054 healthy, non-obese men — information that will help practitioners diagnose hypogonadism.

This Endocrine Society initiative analyzed the serum testosterone levels from four epidemiologic studies: the Framingham Heart Study, the European Male Aging Study, the Osteoporotic Fractures in Men Study, and the Sibling Study of Osteoporosis. The levels were cross-calibrated in the Centers for Disease Control and Prevention (CDC) reference laboratory, and harmonized reference ranges were computed. For healthy, non-obese, European and American men, ages 19–39 years, the reference range for total testosterone was 264 to 916 ng/dL.

“In most hormone assays, reference ranges have not been based on populations this large. For testosterone, this is the first harmonized range to be generated and it serves as a model to harmonize ranges for other hormones,” Matsumoto says. “Its value is that the same reference range can be used by clinicians and researchers that measure testosterone levels using a CDC-standardized testosterone assay. The Endocrine Society, the Partnership for the Accurate Testing of Hormones (PATH), and the CDC’s Hormone Standardization (HoSt) program are working together to make sure that the testosterone and other major hormone assays are accurate and standardized.”

Another associate editor for JCEM as well as professor at the University of Colorado Anschutz Medical Campus in Aurora, Robert H. Eckel, MD selected two papers published in the New England Journal of Medicine in May and August, respectively, as the studies he found most impactful in endocrinology this year. “Evolocumab and Clinical Outcomes in Patients with Cardiovascular Disease,” by Sabatine, M.S., et al., showed that lowering low-density-lipoprotein (LDL) cholesterol below current targets can reduce the risk of a cardiovascular event in patients with atherosclerotic cardiovascular disease. The monoclonal antibody evolocumab inhibits proprotein convertase subtilisin-kexin type 9 (PCSK9) and was known to significantly reduce LDL cholesterol levels, but until now, it was unclear whether this would improve cardiovascular status. This trial randomized 27,564 patients with atherosclerosis and high LDL cholesterol levels (≥70 mg/d) to receive either evolocumab or placebo injections for roughly two years. LDL levels in the evolocumab group dropped to 30 mg/d, and members of that group experienced significantly fewer cardiovascular events.

Eckel’s other choice, “Liraglutide and Renal Outcomes in Type 2 Diabetes,” by Mann, J.F.E., et al., had previously randomized 9,340 patients with type 2 diabetes and high cardiovascular risk to receive glucagon-like peptide 1 analogue liratglutide or placebo and determined that liraglutide lowered the risk of cardiovascular events. This current study focuses on a secondary renal end point. Although the long-term effects of liraglutide on renal outcomes are as yet unknown compared to placebo, liraglutide lowered the risk of development of new-onset, persistent macroalbuminuria as well as the rate of progression of diabetic kidney disease.

“Retinoid X receptor activation alters the chromatin landscape to commit mesenchymal stem cells to the adipose lineage,” by Shoucri, B.M., et al., and published in Endocrinology in October, was chosen by Andrea C. Gore, PhD, professor at the University of Texas at Austin and co-editor-in-chief for Endocrinology, as the study she found most impactful. The “obesogen hypothesis,” she explains, proposes that exposure to environmental chemicals predisposes individuals to obesity when exposures happen during critical windows of development.

“This study is important as it identifies novel molecular mechanisms by which obesogenic chemicals such as tributyltin predispose to obesity.” – Andrea C. Gore, PhD, professor, University of Texas at Austin and co-editor-in-chief, Endocrinology

These researchers treated mouse mesenchymal stem cells (MSCs) with tributyltin, a chemical they had previously demonstrated to be obesogenic. Tributyltin exerted a strong effect via the retinoid X receptor to induce the MSCs to differentiate into adipose cells rather than osteoblasts. Moreover, this adipogenic cascade is mediated by the decrease in histone mark H3K27me3 near genes promoting adipose commitment. “This study is important as it identifies novel molecular mechanisms by which obesogenic chemicals such as tributyltin predispose to obesity,” Gore says.

Another Piece of the Reproductive Puzzle Solved

Stephen R. Hammes, MD, PhD, professor at the University of Rochester School of Medicine and Dentistry and another co-editor-in-chief for Endocrinology, points to “The Steroidogenic Acute Regulatory Protein (StAR) Is Regulated by the H19/let-7 Axis,” by Men, Y., et al., published in February in Endocrinology as his 2017 pick.

“While we understand some aspects of how StAR is regulated, there are still many mysteries. This paper demonstrates a novel regulatory pathway for StAR expression that involves the long noncoding RNA H19 and the micro-RNA let-7.” – Stephen R. Hammes, MD, PhD, professor, University of Rochester School of Medicine and Dentistry; co-editor-in-chief, Endocrinology

The StAR protein mediates the rate-limiting step in steroidogenesis in the gonads and adrenal gland. “While we understand some aspects of how StAR is regulated, there are still many mysteries,” said Hammes. Yet tight control of steroid production is critical for fertility and reproduction as well as carbohydrate metabolism and salt balance. “This paper demonstrates a novel regulatory pathway for StAR expression that involves the long noncoding RNA H19 and the micro-RNA let-7,” Hammes says. Researchers found that H19 increases expression of StAR and therefore may play a critical role in steroid production and reproductive processes.

Endocrine Reviews editor-in-chief Leonard Wartofsky, MD, MACP, and professor of Medicine at Georgetown University School of Medicine in Washington, D.C. gives “Teprotumumab for Thyroid-Associated Ophthalmopathy” top billing. By Smith, T.J., et al., and published in the New England Journal of Medicine in May, this study appears to be an important breakthrough in providing a more specific therapy for Graves ophthalmopathy.

“Over many decades of practice, I have treated perhaps scores of these patients and we had little in our therapeutic armamentarium to offer them that would predictably lead to symptomatic or long-term improvement. This agent now offers more hope for these patients.” – Leonard Wartofsky, MD, MACP,  editor-in-chief, Endocrine Reviews; professor of Medicine, Georgetown University School of Medicine, Washington, D.C.

“Over many decades of practice, I have treated perhaps scores of these patients and we had little in our therapeutic armamentarium to offer them that would predictably lead to symptomatic or long-term improvement,” explains Wartofsky. “This agent now offers more hope for these patients.”

Researchers randomized 88 patients to receive teprotumumab, a human monoclonal antibody inhibitor of the insulin-like growth factor I receptor (which is implicated in the pathogenesis of ophthalmopathy), or placebo over 24 weeks. Teprotumab patients saw reductions in proptosis and two or more points in the Clinical Activity Score significantly greater than those who received placebo (69% and 20%, respectively).

From Bones to Adrenals to Thyroids and NAD+ Again

Paul M. Stewart, professor at the University of Leeds School of Medicine in the United Kingdom, chose two studies: “A Patient (46XX) With Congenital Adrenal Hyperplasia and Prostate Cancer: A Case Report,” by Wesselius, R., et al., published in August, and “Targeting NAD+ in Metabolic Disease: New Insights into an Old Molecule,” by Elhassan, Y.S., et al., published in May.

In the first study, researchers showed that karyotypic females with congenital adrenal hyperplasia (CAH) treated with exogenous testosterone to become phenotypically male may be more likely to develop prostate cancer. This was the result even though, in the patient in this case, testosterone levels were maintained in the normal range for men. Their takeaway message is to screen for detectable levels of circulating prostate-specific antigen (and follow up periodically if found) in genotypically female patients with CAH who are candidates for testosterone replacement.

Published in April, “Soy Protein Improves Cardiovascular Risk in Subclinical Hypothyroidism: A Randomized Double-Blinded Crossover Study,” by Sathyapalan, T., et al., caught the eye of Luca Persani, professor at the University of Milan in Italy. Because of purported health benefits, dietary soy use has risen, but in susceptible individuals, such as those with subclinical hypothyroidism, thyroid function can be impaired as a result. In this study, 80 patients with compensated hypothyroidism were randomized to receive either isoflavone-free soy protein or casein protein supplementation for eight weeks. The soy group showed no deterioration of thyroid function while several cardiovascular risk factors, such as fasting glucose, insulin resistance, total cholesterol, triglycerides, and highly sensitive C-reactive protein levels declined significantly compared with those in the casein group. Thus, isoflavones appear to be the culprits in negative thyroid function effects and soy the vanquishing hero!

There’s no doubt that 2017 has been a banner year for endocrinology. Novel discoveries, answers to old questions, and improved approaches to therapy are among the many findings to emerge in this field this year, paving the way for continued innovation in 2018 and beyond.

Horvath is a freelance writer based in Baltimore, Md. She wrote about a controversial regimen to treat polycystic ovarian syndrome in the September issue.