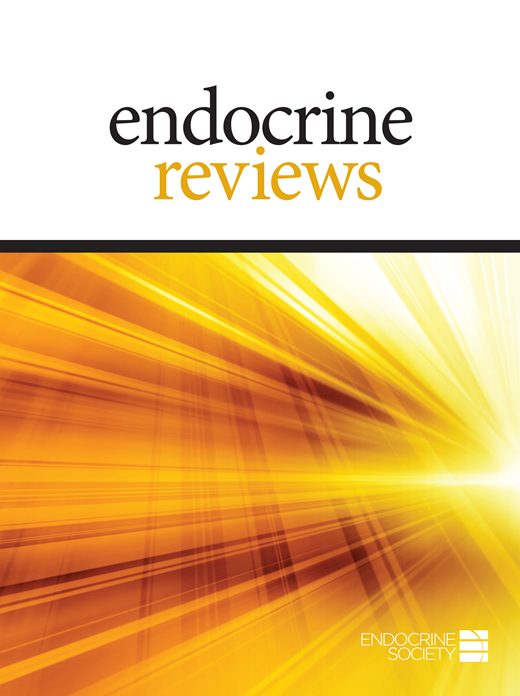 For the sixth year running, Endocrine News talks to editors from Endocrine Society publications to get the scoop on the top endocrine discoveries of 2020. In this second installment, we talk to Endocrine Reviews editors about what they think this year’s most significant studies were that will impact endocrine science for years to come.

Despite the pandemic-related shutdown that reduced operations in most research laboratories around the world, endocrinologists unearthed plenty of science gold. This article compiles nuggets from what stood out to the editors from Endocrine Reviews as the most important endocrinology studies published in the last 12 (or so) months.

Despite the challenges posed by the shutdown, there’s much to be excited about as this extensive list will show. Vital research ranges from studies about childhood obesity to a new regulatory factor in puberty to congenital pituitary hypoplasia. Not surprisingly, a good number of these studies investigate the health threat that dominated 2020: COVID-19.

Endocrine Reviews editor-in-chief Daniel J. Drucker, MD, and senior scientist at the Lunenfeld Tanenbaum Research Institute of the Mt. Sinai Hospital in Toronto, Ontario, points to “Dexamethasone in Hospitalized Patients with Covid-19 — Preliminary Report,” by Horby, P, et al., about the RECOVERY trial from the July issue of NEJM. “This randomized clinical trial demonstrated that dexamethasone, 6 mg once daily for 10 days, reduced mortality in severely ill people with COVID-19,” Drucker explains. “Notably, about 25% of trial participants were people with diabetes, mostly type 2 diabetes. Dexamethasone a synthetic glucocorticoid hormone widely utilized experimentally and clinically by basic and clinical endocrine scientists, is known for its anti-inflammatory actions. This trial demonstrated that dexamethasone is the most effective therapy we have so far to treat acutely ill people with COVID-19 infection — it represents a great triumph for clinical investigation, it highlights the importance of endocrine science and glucocorticoid biology, and implementation of the trial results will save thousands of lives going forward.”

Endocrine Reviews associate editor Anna L. Gloyn, DPhil, professor of pediatrics (and by courtesy) of genetics and associate chair for basic science research at the Stanford University School of Medicine, Stanford, Calif., finds “Exome Sequencing Identifies Genes and Gene Sets Contributing to Severe Childhood Obesity, Linking PHIP Variants to Repressed POMC Transcription,” by Marenne G, et al., published in the June issue of Cell Metabolism especially compelling. “This study used genetic discoveries across the allele frequency spectrum to identify causes of severe childhood obesity,” Gloyn says. “They were able to show that one of their discoveries, PHIP, controls another gene involved in obesity (POMC), which regulates appetite, opening up the potential for treating these children with existing therapies.”

Berenice B. Mendonça, MD, head professor of endocrinology at the Hospital das Clínicas, Instituto Central, in São Paulo, Brazil, offers five papers for consideration, the first two of which come from her group and were both published in JCEM. From April 2019, “Psychosexual Aspects, Effects of Prenatal Androgen Exposure, and Gender Change in 46,XY Disorders of Sex Development” is the largest cohort (144 individuals) with a clinical/molecular diagnosis of 46,XY disorder of sex development (DSD) in which psychosexual outcomes (gender role, gender identity, and sexual orientation) were assessed using questionnaires and a psychological test, explains Mendoça. “These data allowed the conclusions that prenatal androgen exposure influenced psychosexual development in 46,XY DSD favoring male psychosexuality in all psychosexual outcomes helping in the management of DSD individuals.” “DLK1 Is a Novel Link between Reproduction and Metabolism” from June 2019 “shows for the first time a strong link between reproduction and metabolic defects,” Mendoça says.

From the May 2019 issue of the Journal of Nuclear Medicine, “Efficacy and Safety of High-Specific-Activity 131I-MIBG Therapy in Patients with Advanced Pheochromocytoma or Paraganglioma,” by Pryma, DA, et al., describes therapeutic advances in a devastating disorder. In “Hypothalamic miR-30 Regulates Puberty Onset via Repression of the Puberty-Suppressing Factor, Mkrn3” from the November 2019 issue of PLOS Biology, Tena-Sempere, JN, et al. demonstrate a new regulatory factor in puberty.

Sally A. Camper, PhD, Margery Shaw Distinguished University Professor of Human Genetics and professor of internal medicine, University of Michigan Medical School in Ann Arbor, Mich., nominated “Proinsulin Misfolding Is an Early Event in the Progression to Type 2 Diabetes,” from the June 2019 issue of eLife by Kaufman, RJ and Arvan P, et al. “This common theme really resonated with me,” Camper says, “because it is becoming increasingly clear how much protein misfolding contributes to many types of diseases — from neurologic disease to diabetes.”