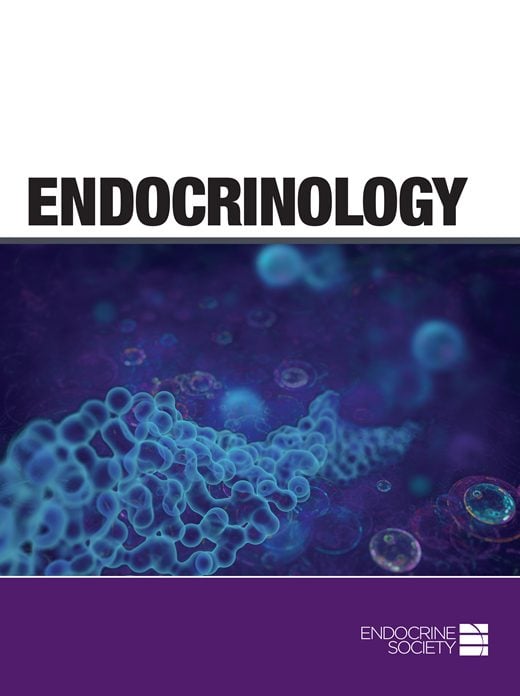 For the sixth year running, Endocrine News talks to editors from Endocrine Society publications to get the scoop on the top endocrine discoveries of 2020. In this first installment, we talk to Endocrinology editors about what they think this year’s most significant studies were that will impact endocrine science for years to come.

Despite the pandemic-related shutdown that reduced operations in most research laboratories around the world, endocrinologists unearthed plenty of science gold. This article compiles nuggets from what stood out to the editors from Endocrinology as the most important endocrinology studies published in the last 12 (or so) months.

Despite the challenges posed by the shutdown, there’s much to be excited about as this extensive list will show. Vital research ranges from studies about novel regulatory pathways to answering important questions about breast cancer to gaining a better understanding of how we age. Not surprisingly, a good number of these studies investigate the health threat that dominated 2020: COVID-19.

Endocrinology editor-in-chief Carol A. Lange, PhD, professor of medicine (Division of Hematology, Oncology, and Transplantation) and Pharmacology; Tickle Family Land Grant Endowed Chair of Breast Cancer Research; co-lead, Cellular Mechanisms of Cancer Program; and director, Molecular, Genetic, and Cellular Targets of Cancer Training Program at the University of Minnesota Masonic Cancer Center in Minneapolis chose to highlight three focus areas that inspire her from studies published in Endocrinology as well as other journals.

Hormones and COVID-19. In short, vitamin D, melatonin, estrogen, and progesterone confer protection from infection by and severe symptoms of COVID-19, which in part explains some of the sex-related differences in COVID-19 mortality, explains Lange. These collective findings come from:

Targeting Cellular Senescence. Lange’s third topic area is the role of cellular senescence and the signaling pathways that regulate senescence in health and disease. “Targeting senescent cells can be a valuable path to increased longevity, prevention, and treatment of debilitating diseases,” she says. “The Role of Cellular Senescence in Ageing and Endocrine Disease,” by Khoslo, S, et al., published in Nat Rev Endocrinol in May and “ATM is a Key Driver of NF-κB-Dependent DNA-Damage-Induced Senescence, Stem Cell Dysfunction and Aging,” by Zhao, J, et al., published in Aging in March tease out mechanisms underlying how and why the human body deteriorates over time.

“These three research topics are diverse on the surface,” Lange says in summary, “but they all touch on the role and regulation of multiple endocrine systems or signaling pathways in health and disease. I am really excited about the idea of leveraging what we learn and know about hormones, signaling pathways, and gene regulation to improve health and prevent or treat diseases, all the way from battling COVID-19 to treating metastatic breast cancer, to living a happy and healthy long and disease-free life in general.”

Several associate editors of Endocrinology also contributed. Patricia L. Brubaker, PhD, FRSC, professor, Departments of Physiology and Medicine at the University of Toronto, in Ontario, credits “Dapagliflozin Does Not Directly Affect Human α or β Cells” by Dai, C, et al., from the August Endocrinology as worth highlighting in which the authors clarified previous reports on the potential effects of dapagliflozin, an SGLT2 inhibitor, on islet function. “Using clinically relevant doses with human islets both in vitro and in an in vivo transplant model that mimics the clinical setting and drug exposure, they demonstrated that SGLT2 expression in human islets is extremely low and that this widely utilized agent for the treatment of hyperglycemia in patients with type 2 diabetes does not directly affect insulin or glucagon secretion from the human islet,” Brubaker says.

Richard J. Auchus, MD, PhD, Division of Metabolism, Endocrinology, & Diabetes, Departments of Internal Medicine and Pharmacology at the University of Michigan, in Ann Arbor, chose “Pharmacodynamic Studies of Nasal Tetracosactide with Salivary Glucocorticoids for a Noninvasive Short Synacthen Test,” by Elder, CJ, et al., published in August in JCEM. “The JCEM paper was very innovative,” Auchus says, “using cosyntropin delivered intranasally with chitosan to improve exposure, and then saliva cortisol and cortisone to test adrenal function. It’s totally non-invasive — no IV, no blood draws. In fact, you could do adrenal testing at home via telemedicine.”

Auchus also highlights “Expression in Escherichia Coli, Purification, and Functional Reconstitution of Human Steroid 5α-Reductases” from his own lab published in August in Endocrinology. “The 5α reductases are critical for androgen physiology and prostate biology, as well as other steroid and drug metabolism,” he explains. “They are extremely hydrophobic and have resisted biochemical characterization for that reason. The expression in E. coli and purification will allow more precise studies that have not been possible previously.”

“Targeted Disruption of Lats1 and Lats2 in Mice Impairs Adrenal Cortex Development and Alters Adrenocortical Cell Fate,” by Boyer, A, et al., published in June caught his eye because the development of the fetal, neonatal, and adult adrenal gland has been of great interest for decades. “Understanding this phenomenon not only gives insight into cell signaling in general, but has potential clinical importance considering the critical role the fetal and neonatal adrenal plays in pathophysiology of endocrine disorders,” he says. “With a series of elegant in vivo and histomorphometric and gene expression studies, this paper comprehensively demonstrated a previously unsuspected role of the Hippo pathway in the development of a normal adrenal gland using conditionally deleted kinase mice models.”

From January, “Dysregulation of Hypothalamic Gene Expression and the Oxytocinergic System by Soybean Oil Diets in Male Mice,” by Curras-Collazo, MC, et al., explores soybean oil, a basic component of the American diet, and may have public health ramifications, Raff says. “Although soybean oil’s link to insulin resistance and obesity is well known, this study in male mice demonstrated a heretofore unappreciated effect on the hypothalamic expression of the oxytocin gene, which correlated with insulin resistance. Also, coconut oil appeared to have no such major effect. This fascinating study suggests that soybean oil may affect behavior and neuro-psychiatric diseases, in addition to its effects on insulin signaling.”

Finally, from the June issue of JCEM, Handelsman gives us “Rate and Extent of Recovery from Reproductive and Cardiac Dysfunction Due to Androgen Abuse in Men,” from his own lab: “This observational cohort study provides a comprehensive outline of the natural history of androgen abuse, notably the rate, extent, and determinants of recovery of male reproductive function. This study shows that, after cessation of androgen abuse, male reproductive function recovers completely (apart from residual long-term reductions in testis volume and serum sex hormone–binding globulin) but slowly over 9–18 months.

Felix Beuschlein, MD, of the Medical Clinic and Polyclinic IV at the University Hospital of Munich in Germany and the Clinic for Endocrinology, Diabetology and Clinical Nutrition at the University Hospital Zurich in Switzerland, selected “Urine Steroid Metabolomics for the Differential Diagnosis of Adrenal Incidentalomas in the EURINE-ACT Study: A Prospective Test Validation Study,” by Bancos, I, et al., from the September issue of Lancet Diabetes Endocrinology as important. Its title tells much of the story, and this paper is indeed worth mentioning for helping clinicians more efficiently determine which tumors require surgery as well as helping patients avoid unnecessary treatments.

The next installment of Eureka 2020! will cover the recommendations from the editors of Endocrine Reviews.