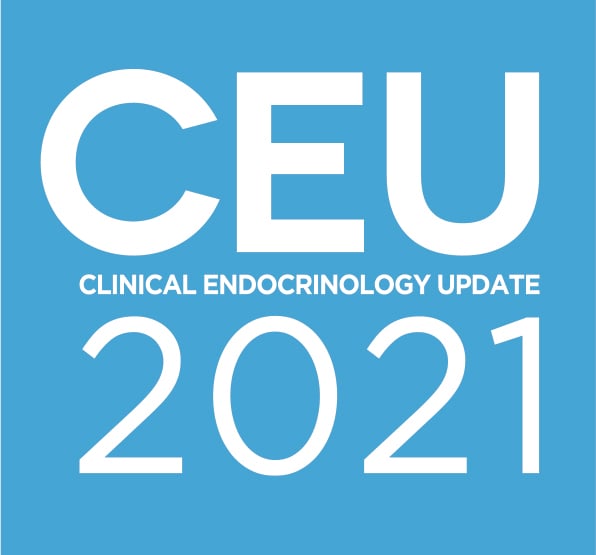 At the all-virtual CEU 2021 in September, two contributors to a global consensus statement, Susan R. Davis, MBBS, FRACP, and Margaret E. Wierman, MD, will describe the use — and misuse — of giving women testosterone.

This upcoming Clinical Endocrinology Update session sounds as if it could feature lively disagreement: “Endocrine Debate: Testosterone Therapy in Women: Never or Sometimes?”

But there is not that much to debate — at least among endocrinologists — about when to prescribe testosterone for a woman, according to presenter Susan R. Davis, MBBS, FRACP, an endocrinologist and professor at Monash University in Melbourne, Australia.

Davis led an extensive literature meta-analysis that showed a moderate therapeutic effect for testosterone in postmenopausal women who have experienced a problem with sexual interest that is causing them distress. But that is the only condition for which there is evidence of clinical benefit.

Davis says that conditions that qualify for the “never” list for prescribing testosterone include depressed mood, fatigue, menopausal symptoms, and “a whole gamut of things” for which it is easy to find promoters on the internet — but not evidence of efficacy.

Davis will share the screen at the virtual event with Margaret E. Wierman, MD, professor of medicine at the University of Colorado School of Medicine and chief of endocrinology at the Denver VA Medical Center. Kathryn A. Martin, MD, of Massachusetts General Hospital in Boston will be the moderator.

The presenters will draw much of the information for their talk from the “Global Consensus Position Statement on the Use of Testosterone Therapy for Women,” which was concurrently published in the October 2019 print version of The Journal of Clinical Endocrinology & Metabolism and several other journals. Both presenters were among the co-authors of the statement, which was endorsed by the Endocrine Society and at least 10 other national and international societies, so the “debate” will dissect a shared evidence base.

“The only evidence-based indication for the use of testosterone in women is for the treatment of postmenopausal women who have been diagnosed as having hypoactive sexual desire disorder/dysfunction (HSDD) after formal biopsychosocial assessment,” the statement says.

HSDD and related disorders “have multiple etiologies including biopsychosocial factors such as neuroendocrine imbalance, physical ill health or disease, interpersonal difficulties, psychological distress, and sexually repressive cultural or religious values,” the position statement notes. Therefore: “It was considered of utmost importance that the diagnosis of HSDD involves a full clinical assessment and that other factors contributing to FSD (female sexual dysfunction) must be identified and addressed before testosterone therapy is initiated.”

When prescribed, testosterone should be given as a gel or cream. And treatment relies on adapting products made for men because formulations for women do not exist, except in Australia, Davis says.

“There are real cowboys out there who are making compounds of testosterone products and telling women it is going to prevent breast cancer, going to make them live longer, and going to make them feel better. Some of those things are disproven, like improvements in well-being, and some aspects we just don’t have enough data to say one way or the other, like bone health. But when we don’t have the data, there is not a reason to treat people.” – Susan R. Davis, MBBS, FRACP, endocrinologist, professor, all Monash University, Melbourne, Australia

Treatment should aim to achieve a “physiological level for a premenopausal woman,” and avoid a supraphysiological dose, Davis says. “The women self-administer, so it is very important that doctors monitor women for clinical side effects and blood levels to make sure women are not putting on too much, because sometimes patients think that if a little bit is good, a bit more might be better,” she says.

One aim of the meta-analysis and the global statement was to identify whether any conditions could benefit from testosterone treatment, and to “give doctors permission to treat those women,” Davis says.

But another important goal was to investigate whether there was any data to support the many other claims that fill the internet saying testosterone will ameliorate all sorts of conditions, from low mood to “brain fog” to lack of energy to “hormone imbalance.”

“There are real cowboys out there who are making compounds of testosterone products and telling women it is going to prevent breast cancer, going to make them live longer, and going to make them feel better. Some of those things are disproven, like improvements in well-being, and some aspects we just don’t have enough data to say one way or the other, like bone health. But when we don’t have the data, there is not a reason to treat people,” Davis says. (See “Targeting Patients with Pellets” in the April 2019 Endocrine News.)

But the bottom line for now is: “There are insufficient data to make any recommendations regarding the use of testosterone in premenopausal women for treatment of sexual function or any other outcome.”

Or as Davis puts it: “The statement very strongly says, ‘Don’t go around using testosterone for reasons for which there is no proof of benefit.’”

Seaborg is a freelancer writer based in Charlottesville, Va. In the May issue he wrote about the possibility that COVID-19 was causing diabetes in some patient populations.

The presentation will be a part of the Clinical Endocrinology Update (CEU) 2021, a comprehensive virtual meeting featuring faculty at the forefront of endocrinology describing the latest advances and critical issues in the field.

Taking place September 10 – 12, each day will feature four hours of live programming, including 36 educational sessions spanning seven topics. All sessions will be recorded and available for viewing 72 hours after they conclude.

Information and registration are available at: endocrine.org/ceu2021.