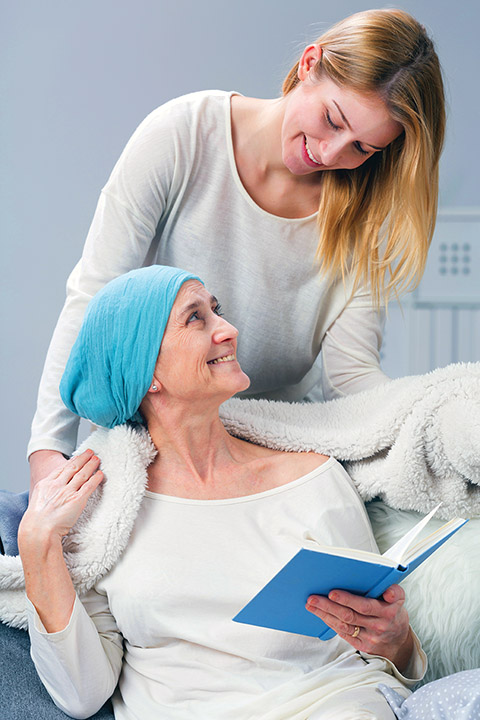 For many decades, a diagnosis of pancreatic cancer has been associated with a dismal chance of survival. In 2008, the overall five-year relative survival rate climbed above 5% for the first time — reaching a high of 7.6%, according to SEER 9 Incidence and U.S. Mortality. The most recent SEER statistics record a five-year survival rate now at 7.7%.

The chief reason for the poor prognosis is that pancreatic cancer is extremely difficult to prevent or diagnose at an early curable stage. Patients rarely show signs of the disease and tumors of the pancreas do not display specific markers that help with detection. More than half (52%) of pancreatic cancer cases are diagnosed at the “distant” stage that denotes cancer cells have metastasized to organs nearby or into the bloodstream. Like all cancers, chances of survival increase the earlier the disease is detected and treated before it has metastasized. For pancreatic cancer patients, 9.4% are diagnosed at the local stage. These patients’ survival rate of 29.3%, SEER reports.

“Strategies to enhance the immune response against pancreatic cancer are needed and are being evaluated in clinical trials,” he explains. “An effective screening test for earlier detection of pancreatic cancer is desperately needed to diagnose more patients at a curable stage.” – Smitha Krishnamurthi, MD, associate professor, Division of Hematology and Oncology, Case Western Reserve University, Cleveland, Ohio

In 2013, there were an estimated 49,620 people living with pancreas cancer in the U.S., with the number of new cases in 2016 estimated at 53,079. Those patients who are fortunate to be diagnosed early still have a tough treatment road ahead, with surgery being the only a chance for a cure. Following the surgical removal of the cancer, patients must undergo chemotherapy with intravenous gemcitabine, which is the worldwide standard of care. It is here that a new therapy is giving both patients and treating oncologists a reason to hope.

A New Standard of Care?

At the American Society of Clinical Oncology (ASCO) 2016 Annual Meeting held in June in Chicago, a team of researchers presented results of the second-largest clinical trial ever conducted in pancreatic cancer. Lead investigator John P. Neoptolemos, MD, chair of surgery in the Department of Molecular and Clinical Cancer Medicine at the University of Liverpool in the United Kingdom, featured the findings of the European Study Group for Pancreatic Cancer (ESPAC)-4 that showed the combination of a second drug, capecitabine, along with gemcitabine can prolong patients’ survival.

“Unfortunately, most patients are not candidates for surgery when they are diagnosed with pancreatic cancer,” Neoptolemos told the ASCO audience. “These findings are significant because they show that those patients who can undergo surgery have a fighting chance of surviving this cancer with the combination of two commonly used chemotherapies.”

ESPAC-4 included 732 patients with pancreatic ductal adenocarcinoma who had undergone surgery. In the study conducted from 2008 to 2014, the patients were randomly assigned in the 12 weeks after surgery to six four-week cycles of intravenous gemcitabine or to the combination of gemcitabine plus oral capecitabine. Patients had a mean age of 65 years.

The researchers found that patients who received the combination of gemcitabine plus capecitabine had a mean overall survival of 28 months. Patients given gemcitabine alone had a mean survival of 25.5 months — an increase of 2.5 months. The estimated five-year survival rates were 28.8% vs. 16.3% in the two groups.

Two oncologists who specialize in pancreatic cancer say the new therapy will definitely impact how they treat their patient population.

“The results of ESPAC-4 indicate that gemcitabine with capecitabine is a new standard adjuvant regimen for patients who have undergone resection of pancreatic cancer,” says Smitha Krishnamurthi, MD, associate professor in the division of Hematology and Oncology at Case Western Reserve University, Cleveland, Ohio. “The main benefit of adjuvant chemotherapy for pancreatic cancer is the increase in five-year survival, which was reported as 20.7% in the CONKO-001 study with gemcitabine, 16% with gemcitabine in the ESPAC-4 study, and 29% with gemcitabine plus capecitabine in the ESPAC-4 study.” [The CONKO-001 study was conducted between 1998 and 2004 in Germany and Australia and compared the survival rates of 368 patients treated either with gemcitabine chemotherapy or observation only.]

“Pre-operative chemotherapy is of interest for patients with resectable pancreatic cancer and is being evaluated in clinical trials. However, surgery followed by adjuvant chemotherapy is still the standard of care,” Krishnamurthi continues.
“I am now offering gemcitabine with capecitabine as adjuvant therapy to my patients who have undergone resection of pancreatic cancer.”
“After the results of the ESPAC-4 were made available, I have started to use this regimen in appropriate patients,” agrees Andrea Wang-Gillam MD, PhD, associate professor and clinical director of Gastrointestinal Oncology Program at Washington University in St. Louis, Mo. “The majority of my patients who underwent surgery are appropriate candidates for this regimen.”

• In 2008, the overall five-year relative survival rate for pancreatic cancer climbed above 5% for the first time.
• The chief reason for the poor prognosis is that pancreatic cancer is extremely difficult to prevent or diagnose at an early curable stage.
• New research shows a combination of two chemotherapy drugs can prolong patients’ survival.

An editorial in the July Lancet Oncology suggests now is the time for a brighter outlook for the thousands of newly diagnosed patients each year: “Although many challenges lie ahead, optimism might now start to replace pessimism that has typically been associated with pancreatic cancer.”

“Unfortunately, most patients are not candidates for surgery when they are diagnosed with pancreatic cancer. These findings are significant because they show that those patients who can undergo surgery have a fighting chance of surviving this cancer with the combination of two commonly used chemotherapies.” – John P. Neoptolemos, MD, chair of surgery, Department of Molecular and Clinical Cancer Medicine, University of Liverpool, U.K.

So what are the biggest challenges still facing the medical community?

“Surgery is the only curable modality for pancreatic cancer. Unfortunately, about 80% of patients with pancreatic cancer are not surgical candidates for surgery at the time of diagnosis,” says Wang-Gillam. “One of biggest challenges for the next 10 years is to develop early diagnostic biomarkers that can identify patients at early stage of pancreatic cancer, therefore, they can be cured from disease by surgery. Given the low incidence of this disease, those early detection biomarkers have to be very sensitive and specific, which can be used as a screening tool in the high risk population.”

Krishnamurthi adds that it remains to be determined whether neoadjuvant therapy will be superior to adjuvant therapy to increase the cure rate.
“Strategies to enhance the immune response against pancreatic cancer are needed and are being evaluated in clinical trials,” he explains. “An effective screening test for earlier detection of pancreatic cancer is desperately needed to diagnose more patients at a curable stage.”

Paramount to possibly preventing pancreatic cancer is the need for an increased understanding of how it is caused, Krishnamurthi adds.

—Fauntleroy is a freelance health writer based in Carmel, Ind., and a regular contributor to Endocrine News. She wrote about the first uterus transplant in the U.S. in the September issue.