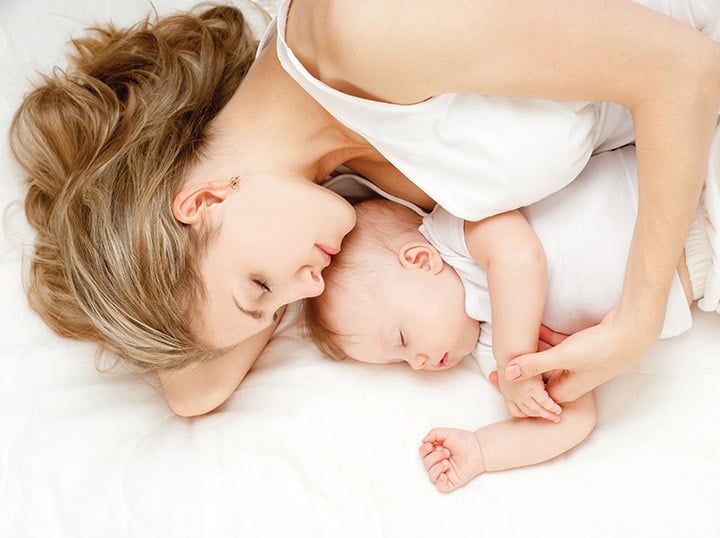 Cleveland Clinic told a bold step into the future when it attempted the first uterus transplant in the country. Although this first attempt ultimately failed, this could remove past obstacles for women wanting to have their own children.

On February 24, 2016, a large surgical team at the Cleveland Clinic in Ohio performed this country’s first uterus transplant into a 26-year-old Texas woman. However, almost two weeks later, the woman developed a serious infection that compromised the blood supply to the uterus, causing the need for its removal.

The failed transplant, however, has not derailed Cleveland Clinic’s program. It was the first of 10 uterine transplants planned by the medical facility as part of its ongoing clinical trial.

“Although we were saddened and disappointed by the results of our first attempt at uterine transplant, we knew this kind of complication was possible,” says Rebecca Flyct, MD, one of the team’s gynecologic surgeons. “Our research subjects will be re-consented with information gained in the course of this first procedure. We will also be modifying our protocol in several ways to prevent this complication in the future.”

“My first thought was that it seemed like a very difficult road for those women who were to choose that route because it involves so many layers in terms of having multiple surgeries. Needing IVF in addition to the actual transplant surgery, and then enduring the long path ahead. – Taraneh Shirazian, MD, gynecologic surgeon, NYU Langone Medical Center, New York

She adds that, in general, women are still highly interested in participating in the research trial. For them, uterine transplant offers as an alternative road to motherhood other than adoption or surrogacy.

Who Are the Right Candidates?

The uterine transplant is considered for women who suffer from uterine factor infertility (UFI). For these women, pregnancy is not an option because they were either born without a uterus or have had their uterus removed. Women with UFI may have had prior pregnancies and/or deliveries. Cleveland Clinic’s first patient, Lindsey, was born without a uterus.

“The incidence of congenital absence of the uterus, Mayer Rokitansky syndrome, is about one in 4,000 women,” Flyct explains. “For women who develop UFI related to uterine damage, this can be surgical, for example for fibroids or other common gynecological conditions, or complications from childbirth or miscarriage. It can also result from severe uterine infections.”

Women interested in Cleveland Clinic’s trial must be between the ages of 21 and 39 and are evaluated by team of experts, including surgeons, doctors, bioethicists, psychologists, and social workers. But finding the right candidate for uterus transplant is just one part of a long process (see sidebar).

Patients accepted to the study undergo more than the organ transplant surgery — but also in vitro fertilization (IVF) and intensive monitoring during pregnancy and delivery. After the transplant procedure, patients must wait at least one year before IVF is started to be sure the body will not reject the organ and the uterus has healed.

Taraneh Shirazian, MD, gynecologic surgeon at NYU Langone Medical Center, wonders about the difficulties faced by the women who take part in the trials.

“My first thought was that it seemed like a very difficult road for those women who were to choose that route because it involves so many layers in terms of having multiple surgeries,” she says. “Needing IVF in addition to the actual transplant surgery, and then enduring the long path ahead.”

“Transplant surgery is not to be taken lightly, and when we look at the other fields of medicine, when we transplant organs, it’s to save someone’s life,” Shirazian continues. “People get really sick from transplant surgery.”

In the case of Cleveland Clinic’s first transplant, the uterus was from a deceased donor — a healthy woman of reproductive age who had died suddenly. When the transplanted uterus is from a living donor, she must be 18–40 years old with a healthy uterus and her next of kin must consent.

“Transplant surgery is not to be taken lightly, and when we look at the other fields of medicine, when we transplant organs, it’s to save someone’s life. People get really sick from transplant surgery.” – Taraneh Shirazian, MD, gynecologic surgeon, NYU Langone Medical Center, New York

And unlike other organ transplants, uterine transplants are not meant to be permanent. Once the woman experiences one or two births, the uterus will be removed or allowed to disintegrate.

The Pioneer and the Future

While Cleveland Clinic is the first medical center in the U.S. to perform the uterine transplant, the University of Gothenburg in Sweden is the world’s pioneer in the procedure. At the Sahlgrenska Academy, the research project has been ongoing since in 1999 and in 2014, a 36-year-old participant became the first to deliver a healthy baby boy. Nine women have undergone uterus transplants in Sweden, resulting in five pregnancies and four live births.

Cleveland Clinic’s lead transplant surgeon, Andreas Tzakis, MD, collaborated with colleagues at the University of Gothenburg on their research and clinical trial.

Since the announcement of their clinical trial, Baylor has had an enormous response from across the world, according to spokesman Craig Civale.
“We are still in the screening process, and have screened more than 150 women with no uterus or a non-functioning uterus who want to participate in this trial,” Civale says. He adds that the goal of the program is to find 10 women who will be the best candidates.

Flyct says there is indeed considerable interest in the U.S. and internationally for the procedure.

“That said, I expect that it will be many years before this treatment would become standard of care,” she says. “Data is needed regarding live births from our center and others regarding maternal and fetal risks with follow up over several years from delivery. Although the technique shows promise, we are realistically still at least a decade away from introducing this treatment outside of research protocols.”

Shirazian also wonders how attainable uterine transplant will be for the majority of women. “Who could actually access it?” she ponders. “What would they have to go through? What are the cost versus benefits?”

“I understand the desire to carry a child, for the child to be biologically yours,” Shirazian says. “But I see women every day who can’t afford IVF or who can’t do IVF because they’re already past that threshold age in which they can use their own eggs. They’re devastated because IVF is either too expensive or not attainable or won’t work for them, and IVF is just one part of this transplant process.”

Shirazian acknowledges that technology for IVF has improved substantially over time, allowing more women to benefit and experience pregnancy.

“So I do see that things definitely do progress, and we get better at using certain procedures and technologies. And then it does become more widely available to more people,” she says. “I just don’t quite see this yet.”
—Fauntleroy is a freelance journalist and regular contributor to Endocrine News based in Carmel, IN. She wrote about the class of endocrine-disrupting chemicals called obesogens in the August issue.