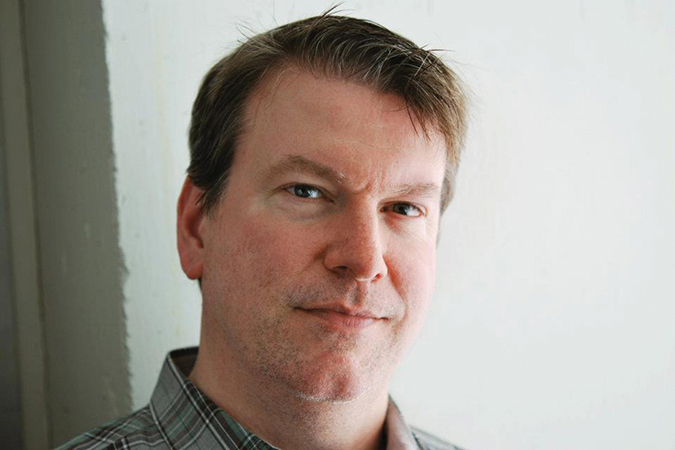 One of my favorite aspects of being the editor of Endocrine News, is that each month I am able to glean new insights from reading about the people who make up the Endocrine Society’s membership. It’s so heartening to read the stories of endocrinologists, especially the tales of their early lives or when the discussion turns to what brought them into this multifaceted and intriguing field.

And who better to tell their stories than those researchers who are still in the early stages of their careers? In Researchers Roundtable: Talking to the 2022 Early Investigators Award Winners, Glenda Fauntleroy Shaw speaks to the five researchers from around the world who are the recipients of the Endocrine Society’s 2022 Early Investigator Award who discuss their own award-winning research as well as the award’s potential impact on their careers. They also tell us about the biggest challenges facing them and other young researchers right now. According to Estelle Everett, MD, MHS, assistant professor, Geffen School of Medicine at UCLA, Los Angeles, Calif., simply navigating the research world can be especially challenging for physician-scientists who are balancing the numerous responsibilities of teaching, leadership roles, and clinical duties while also trying to develop themselves as researchers. “I found that it is critical to develop a support system of peer and more senior mentorship, from your own institution as well as outside one’s institution in order to get the perspectives and guidance needed to be successful,” she tells Endocrine News, but adds that the Endocrine Society has been tremendously helpful in this regard, “especially through programs like Future Leaders Advancing Research in Endocrinology (FLARE).”

We also get the chance to speak with Shlomo Melmed, MD, ChB, dean, faculty of medicine, Cedars-Sinai, Los Angeles, Calif., and the inaugural recipient of the Transatlantic Alliance Award, a joint award from the Endocrine Society and the European Society of Endocrinology. Melmed talks to Eric Seaborg for An Adult Endocrine Misnomer? What Is the Role of “Growth Hormone” When You Have Stopped Growing?, which is based on his talk he gave at both ENDO 2022 in Atlanta in June and at the ECE 2022 conference in Milan, Italy, in May. Melmed discusses the misconceptions regarding administering growth hormone in adults. “We propose, based upon the body of cellular, animal, and human data that have been generated by other colleagues and ourselves, that blocking growth hormone action may protect from adverse cellular effects of aging,” Melmed tells Seaborg. “We have no evidence that aging could be reversed but blocking growth hormone signaling could mitigate pro-proliferative cell cycle events and DNA damage associated with aging.”

For this month’s Laboratory Notes Q&A: A Light in the Darkness, Shaw interviewed Karel Pacak, MD, PhD, DSc, the Endocrine Society’s 2022 Outstanding Clinical Investigator Laureate Award recipient about his research, the renowned pheochromocytoma symposium he launched, as well as the next generation of physician-scientists. He also shared with Endocrine News an incident from his childhood that inspired him so early on. When he was only six years old, a dear family friend died from cancer and Pacak decided that we spend his life trying to “help those who suffer the most — patients with cancer.” He then embarked on a lifetime of learning about the ways to better understand and treat cancer and that during college he “learned about biology, biochemistry, and cancer while performing experimental work at a local hospital,” he explains. “I would secretly admire the physician-scientists who made monumental clinical discoveries and paved the way for new therapeutic discoveries in cancer diagnosis and treatment.” Pacak goes on to discuss how the next generation of physician-scientists are the practice’s future and how “one day we will pass the baton to them so they can make even larger discoveries than we have made. It would be most rewarding to see a reflection of my passion to the field coming full circle through the achievements of these promising young scientists and clinicians.”

And with the Endocrine Society’s Clinical Endocrinology Update (CEU) 2022 taking place September 8 – 10 in Miami, Fla., and online, we’ve included a couple of previews to give you a look at what you can expect if you plan on attending. In Both Ends of the Spectrum: Diagnosing, Examining, and Treating Hypoparathyroidism and Hyperparathyroidism Patients, senior editor Derek Bagley speaks with Aliya Khan, MD, FRCP, FACP, about her session, “Diagnosis and Management of Hyperparathyroidism & Hypoparathyroidism.” In Heads Up: The Challenges of Diagnosing and Managing Pituitary Tumors, neurosurgeon Gabriel Zada, MD, MS, FAANS, FACS, discusses advances in new surgical techniques, inpatient and long-term management, and an in-depth overview of managing patients with pituitary adenomas from his CEU sessions “Challenging Issues in Pituitary Neurosurgery” and “Perioperative Management of Pituitary Tumors.”

As packed as the August issue of Endocrine News is, don’t miss the September issue, which will be entirely devoted to ENDO 2022! This is the first time we’ve devoted an entire issue to the annual conference, but since it was the first time we all got to gather in person (and virtually, too) in more than two years, we felt it was worth it! We think you’ll agree.