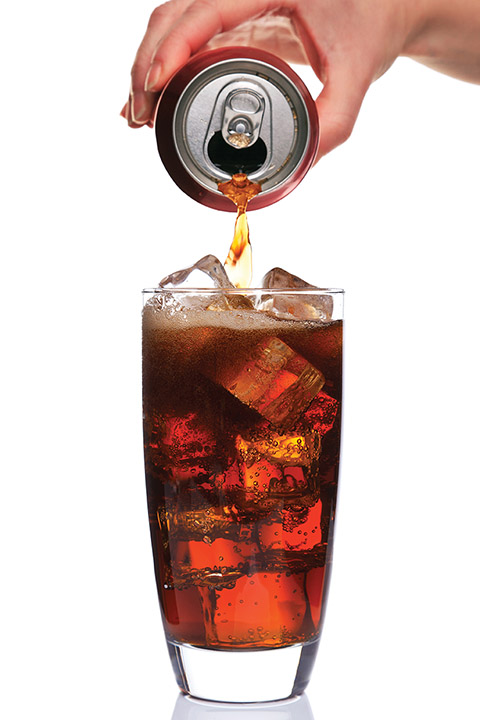 A patient asks: “Do you recommend the use of artificial sweeteners, as in diet sodas, for weight loss?” Do you respond:

If you’ve read enough stories with leads like this, you know that “all of the above” is the correct response. And the debate over the role of sweeteners is growing in importance as their use continues to grow and as they turn up in more and more products — often without consumers being aware them.

“There is an overwhelming amount of evidence that they can be useful as a tool for weight management, when people are actually cognitively engaged in trying to lose weight … as part of a program or following a plan,” says John C. Peters, PhD, professor and chief of strategy and innovation at the University of Colorado Anschutz Health and Wellness Center, Aurora. Peters was the lead author of a study published in the February issue of Obesity in which 303 overweight or obese participants were randomly assigned to consume 24 ounces of either water or non-nutritive–sweetened beverages every day. They also participated in a weight loss intervention program. At 12 weeks, the non-nutritive sweetener participants had lost more weight — 6 kg vs. 4 kg for the water group. After a year, the sweetener group maintained a loss of 6.2 kg compared with 2.5 kg for the water group.

“There is an overwhelming amount of evidence that [artificial sweeteners] can be useful as a tool for weight management, when people are actually cognitively engaged in trying to lose weight … as part of a program or following a plan.” — John C. Peters, PhD, professor, chief of strategy and innovation, University of Colorado Anschutz Health and Wellness Center, Aurora

This weight-loss benefit is consistent with the findings of other trials, Peters says. The benefit is generally attributed to the beverages’ ability to satisfy a need for sweetness without adding calories.

“However, such studies may not reflect all of the ways that consumers actually use the sweeteners and cannot account for counterproductive behaviors that may be prompted by consumer beliefs or expectations about the product, for example, giving themselves permission to eat the hot fudge sundae because they had a diet soda,” Peters says. “Most people actually add these to their diet. They don’t substitute them for regular sugar beverages.”

Observations of Weight Gain and More

This kind of use could be one reason that some observational studies have tied diet sodas to weight gain rather than loss. For example, investigators at the University of Texas Health Science Center at San Antonio studied 3,700 participants aged 25 to 65 years old. Those who were normal weight or overweight at baseline and consumed more than three artificially sweetened beverages a day were twice as likely to become obese within the next eight years compared with those who consumed none. In another study of 470 participants aged 65 or older at baseline who were followed for an average of nine years, the increase in waist circumference among self-reported daily diet soda drinkers was almost four times that of nondrinkers: 3.2 inches vs. 0.8 inches.

Susan Swithers, PhD, professor of behavioral neuroscience at Purdue University, West Lafayette, Ind., says of the observational data: “The more of those studies that get published, the more evidence we have that people who have chosen to consume diet sodas really don’t end up with better health outcomes, and in many cases, their risks are elevated. Accumulating evidence suggests that frequent consumers of these sugar substitutes may be at risk of excessive weight gain, metabolic syndrome, type 2 diabetes, and cardiovascular disease.”

However, many disagree with Swithers’ interpretation. “The largest observational trials, such as the two nurses’ health studies and the health professional follow-up study all show diet beverage use is associated with small weight loss,” Peters says. Analyses of the literature have come to conflicting conclusions, with a 2015 review in the International Journal of Obesity concluding: “Overall, the balance of evidence indicates that use of [low-energy sweeteners] in place of sugar, in children and adults, leads to reduced [energy intake] and [body weight], and possibly also when compared with water.” (emphasis added)

A criticism of many observational studies is that they cannot rule out a “reverse causality” explanation: The association appears not because diet sodas are causing weight gain, but because people at risk for and on the road to obesity drink more diet sodas than the general population.

But Swithers says that the human indications are backed up by many studies in animals in which causation is clearer: “Under certain circumstances, animals given artificial sweeteners end up gaining excess weight, becoming fatter, or showing metabolic deficits, for example, in terms of their ability to regulate blood sugar levels.” 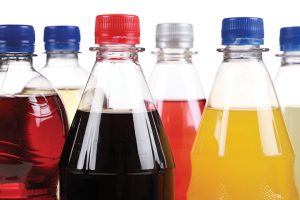 With the gut microbiome receiving increasing attention in recent years, studies of sweeteners’ effects have raised concerns in this area. In a 2014 Nature study, researchers added saccharin, sucralose, and aspartame to the drinking water of mice. After a week, the artificial sweetener group had developed glucose intolerance, whereas comparison groups that drank plain water or sugar water had not. When the researchers treated the mice with antibiotics designed to kill the gut bacteria, the glucose intolerance disappeared.

They next fed a group of mice saccharin until the mice developed glucose intolerance. When they transferred the gut bacteria from these mice into mice that had not been exposed to saccharin, the injected mice developed glucose intolerance. DNA sequencing of fecal material found a different mix of bacteria in saccharin-fed mice compared with those not fed saccharin. The researchers also analyzed the gut bacteria of almost 400 people, and found that regular users of artificial sweeteners had differences in their microflora that have been associated with type 2 diabetes.

Teasing out the effects of sweeteners is complicated by the fact that there are a half dozen of them, and each has its own metabolic pathway. For example, aspartame is metabolized quickly into its components. The most studied sweetener is saccharin, but it has been supplanted as market leader by sucralose, brand name Splenda. Sucralose is largely unmetabolized and excreted in its original form, which means that it is still behaving as a sweetener in the lower gastrointestinal tract and other parts of the body.

A recent Journal of Toxicology and Environmental Health study of artificial sweeteners in breast milk may increase the urgency of finding answers to some of these questions. Breast milk samples were collected from 20 lactating volunteers and tested for artificial sweeteners. Saccharin, sucralose, and acesulfame-potassium were present in 65% of the samples. No aspartame was found, probably because aspartame is metabolized rapidly. But perhaps the most striking finding was that acesulfame-potassium was found in the breast milk of four participants who reported they had not consumed any food or beverages that contain it.

Although the sweeteners were detected at trace levels, the sucralose concentrations were “at levels that infants can perceive as sweet,” according to study author Allison Sylvetsky, PhD, assistant professor in the department of exercise and nutrition sciences at George Washington University’s Milken Institute School of Public Health. “So the big question is, what that does mean for the infants’ developing taste preferences, the colonization of their gut microbiomes, and their future risk of metabolic impairments? The rodent data shows that early life exposure to acesulfame-potassium, whether it is in utero or during lactation, leads to changes in taste preferences. And metabolic impairments have also been shown following early life exposure to aspartame in animal models.”

Given the complexities and unknowns, perhaps the most evidence-based answers to the patient’s question can come from recent guidelines. The 2012 joint scientific statement from the American Heart Association and the American Diabetes Association says, “There are insufficient data to determine whether the use of [nonnutritive sweeteners] to displace caloric sweeteners in beverages and foods reduces added sugars or carbohydrate intakes, or benefits appetite, energy balance, body weight, or cardiometabolic risk factors.”

And the 2015 scientific report of the U.S. Dietary Guidelines Advisory Committee says: “There is insufficient evidence to recommend the use of low-calorie sweeteners as a strategy for long-term weight loss and weight maintenance. Since the long-term effects of low-calorie sweeteners are still uncertain, those sweeteners should not be recommended for use as a primary replacement/substitute for added sugars in foods and beverages.”

Seaborg is a freelance writer based in Charlottesville, Va. He wrote about the Endocrine Society’s new Clinical Practice Guideline on treating primary aldosteronism in the September issue.