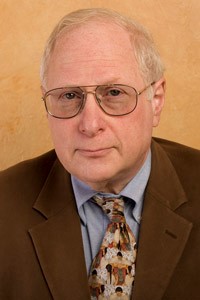 Conn was a pioneer in discovering the signaling mechanisms used by the GnRH receptor and, in recent years, showed how the misfolding of mutant cell surface proteins, such as the GnRH receptor, could be corrected through the use of molecule chaperones in ways that revealed novel properties of the mutant proteins and could potentially be used to treat disease. His studies have implications for the treatment of reproductive disorders, diabetes, Alzheimer’s disease, and cataracts.

During his presidential term, Conn founded the Hormone Foundation, the forerunner to the Hormone Health Network, the Society’s public education arm. He also worked to raise public awareness of diabetes. The Society honored him with the Sidney H. Ingbar Distinguished Service Award, as well as the Ernst Oppenheimer Award and the Richard E. Weitzman Outstanding Early Career Investigator Award for his research achievements.

He served as the editor of numerous professional journals and book series and was editor-in-chief of Endocrinology as well as The Journal of Clinical Endocrinology & Metabolism. His latest book, Conn’s Translational Neuroscience, was published in October by Elsevier.

Conn won the J. J. Abel Award of the American Society for Pharmacology and Experimental Therapeutics; the Miguel Aleman Prize, Mexico’s national science medal; and the Stevenson Award of Canada. He also received a MERIT Award from the National Institutes of Health.

“Dr. Conn will be sorely missed by his colleagues and peers in the endocrinology field,” says Endocrine Society president, Henry M. Kronenberg. “His research revolutionized the way we view the fates of mutant proteins that can result in disease. His work opened new avenues to treat a variety of conditions.”

Conn was the senior vice president for research, associate provost, Texas Tech Health Science Center in Lubbock, Texas. Prior to this position he was the director of the Office of Research Advocacy, senior scientist in Reproductive Sciences & Neuroscience, and professor of physiology and pharmacology, cell biology and development, and OB/GYN at Oregon Health & Science University in Portland, Ore.