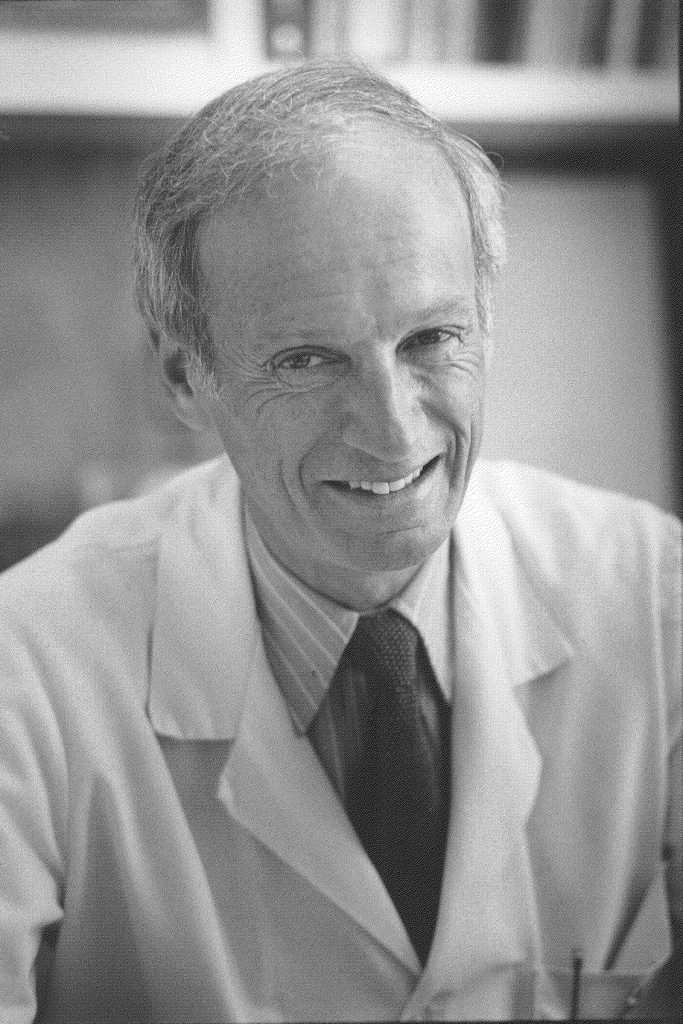 Dr. Jaffe received his medical degree from the University of Michigan, Ann Arbor, in 1957. He then became a USPHS Postdoctoral Fellow in Endocrinology at the University of Colorado from 1958 to 1959 before completing his obstetrics and gynecology residency at the same institution in 1963. To further his understanding of reproduction physiology, he served as a NIH Postdoctoral Fellow in Reproductive Endocrinology at the Karolinska Sjukhuset, Stockholm, Sweden, under the mentorship of the world-renowned Egon Diczfalusy, MD, between 1963-1964.

With an extensive clinical and scientific background, Dr. Jaffe quickly rose from assistant professor to professor of obstetrics and gynecology, at the University of Michigan from 1964 to 1973 and subsequently became chairman of the Department of Obstetrics and Gynecology and Reproductive Sciences, at the University of California, San Francisco, a position he held for 22 years. During this time, he also was director of the Center for Reproductive Sciences in that department and received sabbatical fellowships at the INSERM Laboratory in Paris in 1981 and the Peptide Biology Laboratory at the Salk Institute in La Jolla, Calif., in 1989.

As a pioneer in the field of fetal/placental endocrinology, his studies regarding growth of the primate fetus and its adrenal gland led the path toward our current concepts of developmental programming of adult disease. His studies regarding peptide regulation of the pituitary and the role of angiogenesis in reproductive tissues and ovarian cancer are equally innovative.

For those of us who had the privilege to serve under his leadership as a role model, his remarkable scientific accomplishments and love of teaching instilled in us the importance of humility with the pursuit of free thinking and excellence.

His achievements culminated in membership in the Institute of Medicine as its first obstetrician/gynecologist. His service to scientific journals and professional societies include being the editor-in-chief of Reproductive Endocrinology and Obstetrical and Gynecological Survey; and on the editorial boards of The Journal of Clinical Endocrinology & Metabolism, Gynecological Investigation, Fertility and Sterility, and Frontiers in Neuroendocrinology.

Dr. Jaffe trained more than 150 postdoctoral fellows and RSDP Scholars. For those of us who had the privilege to serve under his leadership as a role model, his remarkable scientific accomplishments and love of teaching instilled in us the importance of humility with the pursuit of free thinking and excellence. Many of his students have become leaders at medical institutions throughout the world. In his own words, “….., my greatest joy is to see some of my more than 70 postdoctoral fellows and 82 Reproductive Scientist Development Program scholars having such productive careers and this fills me with great satisfaction.”  Indeed, his textbook, Yen and Jaffe’s Reproductive Endocrinology: Physiology, Pathophysiology and Clinical Management, coauthored by many of his previous trainees, continues to be the voice of authority for students of reproductive endocrinology.

Dr. Jaffe was known to cite the poem by Robert Frost entitled, The Road Not Taken.

“I shall be telling this with a sigh

Two roads diverged in a wood, and I-

took the one less traveled by,

And that has made all the difference.”

Indeed, the world is a better place for Dr. Jaffe having done so. Dr. Jaffe will be missed, but he will never be forgotten: he is a Man for the Ages.