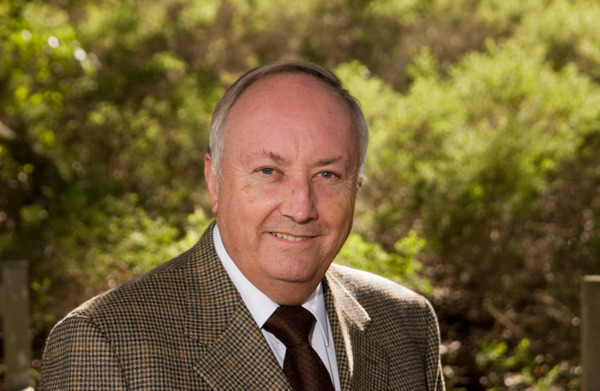 Jean Rivier was a chemist both in training and spirit, but by isolating and characterizing many then-undiscovered peptide hormones, and providing the synthetic peptide tools critical to experimental biology to study them, he became a pioneer of our modern understanding of the biological roles of peptides in regulating nearly all physiologic systems ranging from endocrinology and neuroscience, to the gut, the immune system, and beyond.

Dr. Rivier’s career concluded as professor emeritus at the Salk Institute, having previously held the Dr. Frederik Paulsen Chair in Neurosciences Professor in Clayton Foundation Laboratories for Peptide Biology at the Salk. He was also the founder and president of Sentia Medical Sciences Inc., a San Diego biotechnology company dedicated to the discovery and development of new therapeutics to treat stress-related diseases.

Always a chemist at heart, Jean developed novel strategies to understand how the chemical structure of peptides controlled their biological activity, including the incorporation of a cornucopia of novel unnatural amino acids, a great many of which were invented in his lab.

Jean Rivier was born in Casablanca, Morocco, in 1941 and moved to Brazil with his family in 1956. Furthering his education in Switzerland, he earned his bachelor’s degree in chemical engineering from Ecole Polytechnique de l’Université de Lausanne, followed by a doctorate in organic chemistry from Université de Lausanne and postoctoral studies at Rice University. In 1970, he followed his wife, Catherine Rivier, to the Salk Institute in La Jolla, Calif., and joined her in the laboratory of Dr. Roger Guillemin on the quest for the isolation and characterization of the hypothalamic releasing factors.

Their efforts, in concert with other members of the Guillemin lab, led to the discovery and biological characterization of the early hypothalamic releasing factors including thyrotropin-releasing hormone, gonadotropin-releasing hormone, and somatostatin, which resulted in Dr. Guillemin sharing the Nobel Prize for medicine in 1977. In 1973, Jean, Catherine, and their long-time collaborator Wylie Vale budded off from the Guillemin lab to form the Peptide Biology Laboratory at the Salk and went on to discover and characterize multiple other new peptide hormones including corticotropin-releasing factor (CRF), urocortins 1-3, growth-hormone releasing hormone, and inhibin. In particular, after decades of searching by numerous investigators, the isolation of CRF by Jean and his colleagues in 1981 for the first time uncovered the molecule at the nexus of the central and peripheral stress response pathways with implications for mental health, gastrointestinal disease, and immunology in addition to endocrinology.

Jean’s pioneering use of reverse phase high pressure chromatography was a breakthrough, not only for the purification and characterization of several key factors such as CRF, but also for enabling the widespread use of solid phase synthesis of peptides and peptide analogs. Jean developed the earliest synthetic versions and analogs of these newly discovered peptides, allowing collaborators to explore their various physiologic and pathophysiologic roles

Always a chemist at heart, Jean developed novel strategies to understand how the chemical structure of peptides controlled their biological activity, including the incorporation of a cornucopia of novel unnatural amino acids, a great many of which were invented in his lab. Their incorporation into peptide analogs catalyzed the translation of many of these new peptide hormone discoveries into important new human therapeutics. These included discovery of the first super-agonists and antagonists of GnRH leading to important new drugs for prostate cancer, gynecology, and reproductive medicine. With other peptide starting points, new drugs for acromegaly, neuroendocrine tumors, GH deficiency, and severe pain were developed based on his learnings.

His work on isolation of new peptides and developing and unselfishly sharing synthetic peptide tools with collaborators around the world led to more than 1,200 publications across broad swaths of biology.

New therapeutics are still likely emerge in coming years from the foundations he laid in the field of CRF. Beyond the borders of mammalian physiology, he became intrigued with conotoxins, extremely venemous and complex multicyclic peptides derived from tropical cone snails. A fitting challenge to a synthetic chemist of his caliber, he synthesized many of these and their analogs including ziconotide which is marketed for the treatment of severe pain. His work on isolation of new peptides and developing and unselfishly sharing synthetic peptide tools with collaborators around the world led to more than 1,200 publications across broad swaths of biology.

Beyond his wide scientific and entrepreneurial interests, Jean enjoyed exploring and fishing in remote corners of the world, as well as wood carving, stone polishing, and other projects at his property in the forest in the Cuyamaca Mountains east of his home in San Diego, Calif. Jean was a proud father of two children, a loving husband, and a great friend and collaborator to many of us around the world. He was a legend of the field of peptide chemistry and biology who will be sadly missed by all of us who had the pleasure and honor to know him.