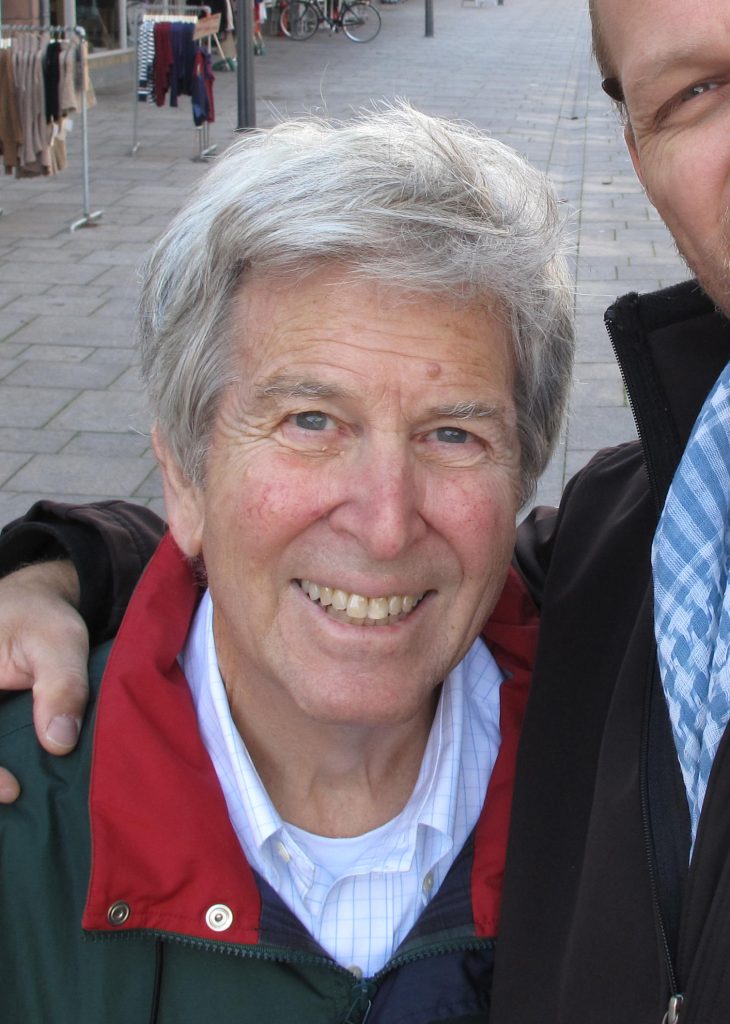 Howard E. Kulin, MD, passed away peacefully at age 83 after a long illness on August 17, 2020. He is survived by his wife of 57 years, Hanne, and children Thomas, Eric, and Jacob as well as five grandchildren.

Several aspects of his career provide lessons for all endocrinologists. As the consummate pediatric endocrinologist, Howard had all of the personal qualities and talents necessary for superb care of children with complex disorders. He prided himself on his depth of knowledge regarding the pathophysiologic and clinical aspects of reproductive disorders in children.

Certain characteristics define a superb clinician, most important of which is communication. When talking with patients, Howard intuitively knew how to use language at the level that they could understand. With parents, he could simplify complex concepts and help them to comprehend the key aspects of their child’s condition. He presented himself to families in a way that inspired confidence and gained a high degree of respect by both the patients and families. At a completely different level when teaching fellows and other physicians, he could describe the complexity of the conditions in great depth. Using a phrase usually attributed to a key public figure, Howard could be considered a “great communicator.” This term has been used to describe one with the determination and ability to educate and to bring ideas to life by using illustrations and word pictures. Although Howard was a productive research investigator, he considered the most important aspect of his career to be a practicing pediatric endocrinologist.

He presented himself to families in a way that inspired confidence and gained a high degree of respect by both the patients and families.

Howard benefited from an outstanding education, graduating from Harvard College, Cornell Medical School, and training at the Children’s Hospital in Boston, the National Institutes of Health (NIH) in Bethesda, Md., St. Mary’s Hospital Medical School in London, U.K., and the University of California, San Francisco. As with most successful individuals, he was influenced by a cadre of internationally recognized mentors and colleagues. Key mentors were the late Melvin Grumbach, chair of pediatrics at the University of California, San Francisco, and past-president of the Endocrine Society, and Mortimer Lipsett and Griff Ross at the NIH. His colleagues at the NIH included several future leaders in endocrinology including Bert O’Malley, Peter Kohler, Bill McGuire, Lynn Loriaux, Glenn Braunstein, Bruce Nisula, and Wayne Bardin.

After his years at the NIH, Howard embarked on what might be considered a risky career choice; he was recruited to Penn State University Medical Center at Hershey Pennsylvania by C. Wayne Bardin, a future president of the Endocrine Society. The clinical programs and referral patterns were in their infancy, the hospital and medical school were located in a cornfield, and the staffing was sparse. The attraction was that the founding dean, George Harrell, decided to recruit young, energetic, talented faculty who would be given the liberty of developing innovative programs without the restraint of a long history of successes and failures inherent in a long established medical school. Harrell was a visionary who believed strongly in multidisciplinary medicine. For Howard, this meant working in a division consisting of both adult and pediatric endocrinologists with the concept of synergy of collaboration. Only two other programs in the country had such divisions: the NIH and UCLA. These two aspects attracted Howard and he began consulting on adult inpatients while the adult endocrinologists consulted on pediatric inpatients. Howard, after experiencing this system for many years, wrote about this to convince others how enriching this system was, both for the patients, and the division members. He understood the enriching value that pediatric endocrinologists brought to their adult counterparts and vice versa.

Far ahead of his time, Howard examined the effects of racial differences on the rate of sexual maturation. Two of these studies were among the most highly cited of his publications with 734 and 572 citations, respectively.

Howard’s research was characterized by the recognition that progress requires unique and specific tools. For study of reproduction in pediatric patients, one needed highly sensitive and specific tools. The techniques for measuring LH and FSH in blood, key mediators of puberty, were not sensitive enough for use in most pediatric disorders. Howard recognized that gonadotropins were excreted in the urine and concentration of these substance in urine would markedly enhance sensitivity. Using this methodology, he, along with Mel Grumbach, coined the term “gonadostat” suggesting changes in sensitivity of pituitary feedback mechanisms during puberty and published this in the prestigious journal Science. Later he used this methodology to study gonadotropin secretion in Turner’s syndrome, anorexia nervosa, malnutrition in Kenya, during clomiphene stimulation, precocious puberty, hypogonadotropic hypogonadism, and circadian rhythms. Not generally recognized at the time, the use of this methodology provided insight into a variety of reproductive disorders in children. A key example was his study of malnutrition and its effect on puberty and growth, while on a sabbatical year in Kenya.

Far ahead of his time, Howard examined the effects of racial differences on the rate of sexual maturation. Two of these studies were among the most highly cited of his publications with 734 and 572 citations, respectively. The ancient Greeks coined the word “Sophrosyne” (σοφροσυν), which provides an apt description of Howard’s character. Sophrosyne is an ancient Greek concept of an ideal of excellence of character and soundness of mind, which when combined in one well-balanced individual leads to other qualities, such as self-knowledge, forethought, temperance, restraint, moderation, prudence, purity, decorum, and self-control. With respect to Howard, this typified his well-balanced life with equal attention to patient care and teaching, service to the Endocrine Society, home life, tending an orchard, bird watching, collecting antique maps and rugs, travel, and altruistic endeavors. We now place much emphasis on this type of work-life balance in mentoring young physicians. In retrospect, considered according to ancient Greek criteria, his life was highly fulfilled and well-balanced. His example provides valuable insight for others today who wish to effectively balance work with family life and other interests.

Although Howard was a productive research investigator, he considered the most important aspect of his career to be a practicing pediatric endocrinologist.

Howard had a keen sense of the importance of certain things and the ability to put these in perspective. Whereas most academic physicians put their most prestigious diplomas and awards on their wall, displayed prominently in Howard’s office was his diploma from preschool: Diploma — graduate of Mrs. Schwartz Nursery School. He stated that he was very proud of that. This is a man that will be missed by all who came in contact with him over the years.