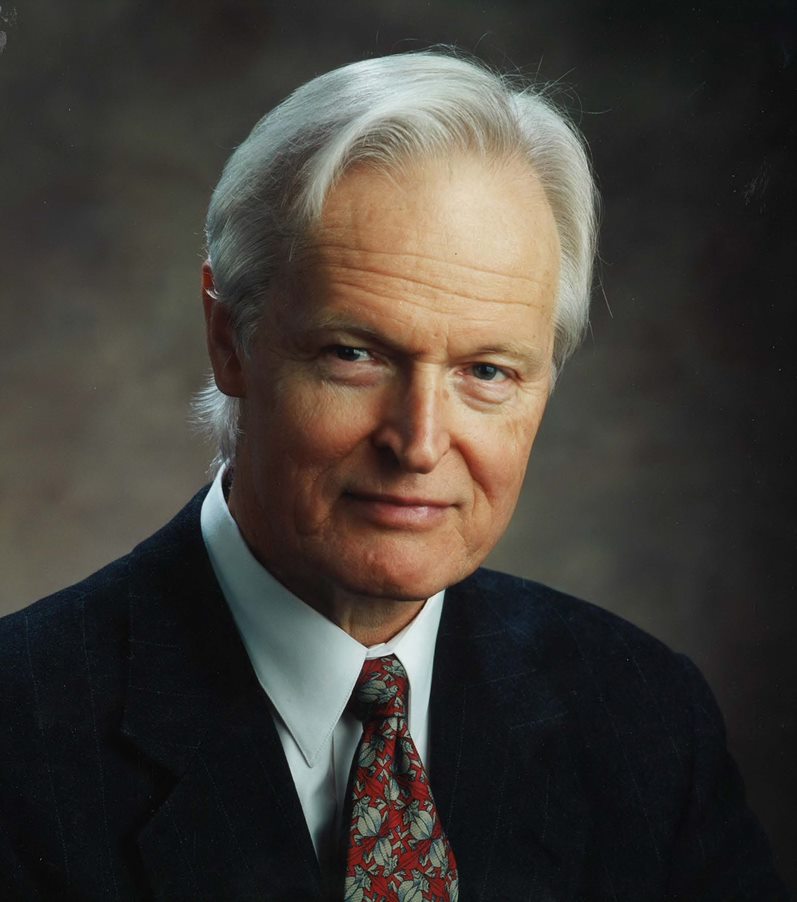 C. Wayne Bardin was a giant in the field of endocrinology who contributed substantially to our knowledge of reproductive physiology, the development of unique methods of contraception and the clinical care of patients with disorders of reproduction.

His legacy includes not only his research contributions but also his leadership and service to the endocrine community. For many years he was the director of the Clinical Endocrinology Update course which included a curriculum imparted by multiple experts in the field of endocrinology. Later he served on the Endocrine Society Council before becoming president (1993-94).

Bardin grew up in McCamey, Texas, and was the first in his family to continue his education beyond college. He obtained a full tuition football scholarship at Rice University where he graduated in 1957. He then went to medical school at Baylor College of Medicine where he obtained an MD in 1962. He was introduced to research at Baylor, studying the effect of various hormones on pituitary function. Following that, he received his internal medicine training at Cornell University, New York Hospital and was mentored there by Dr. Ralph Peterson, an expert in male reproductive sex steroid metabolism. Following that, Bardin joined the endocrine cancer program of the National Cancer Institute (NCI) at the National Institutes of Health (NIH) and worked under the mentorship of Drs. Mort Lipsett and Griff Ross from 1964 to 1969. There he had the insight to realize that animal models of endocrine disease could provide a starting point for understanding the action of hormones in tissue. His model was one in which the androgen receptor was defective, and the animals had an incomplete or complete degree of androgen resistance. This model system allowed the in-depth dissection of the role of androgens in stimulating various proteins and cellular proliferation. As a young investigator, he was invited to present these data at the prestigious Laurentian Hormone Conference in 1973.

In the field of endocrinology there are basic scientists, clinical scientists, and clinicians. The most challenging career path is that of a clinician scientist who conducts clinical and basic research studies as well as seeing patients. Bardin fits into that, and … was considered an outstanding clinician as well as a renowned scientist.

Following his training and time on the staff at the NIH, he was recruited to become chief of the Division of Endocrinology at Penn State University at Hershey in 1970. While there, he quickly recruited a group of clinicians and investigators who competed effectively for NIH research funding. This was a major accomplishment as the medical school was brand new and did not have a well-developed cadre of investigators or infrastructure at that time. His division became one of the most productive research units in the University.

After eight years at Penn State, he was recruited to become the director of the Center for Biomedical Research and vice-president of the Population Council, located at Rockefeller University. This program was initiated by John D. Rockefeller, III who recognized the need for population regulation worldwide, particularly among underdeveloped countries. While there, Bardin chaired the International Committee for Contraception Research including prominent scientists from various countries around the globe. Between 1978 and 1996, he developed several pioneering methods of contraception. One involved the concept of a subdermal contraceptive implant for women which would provide effective prevention of fertility over a period of three to five years. The concept was that this would be most useful in underserved areas and in low-income countries. Inserting this implant would be long-lasting and would require minimal medical supervision after implantation. Approval by the FDA required a 15,000-page document which Bardin produced with his team including data from clinical trials in multiple countries. The six-rod Norplant approved for five years of use was followed by an improved two-rod implant Jadelle, approved for three years and now five years of use. After approval of these long-acting reversible contraceptives, this approach was widely accepted but later replaced by additional methods utilizing other steroids in the implant.

Other methods included the intra-uterine Copper-T200 and Copper-T380 devices, now approved as Paragard, among the most effective long-acting methods effective for up to 10 years; the five-year levonorgestrel intrauterine system; RU-486, an agent which was FDA-approved based on his work and used to induce early medical termination of pregnancy; the acquisition and synthesis of Nestorone a novel progestin that was then developed in various formulations including a contraceptive vaginal system.

C. Wayne Bardin can be considered one of the “Giants of Endocrinology” over the last 40 years, a great human being, and an inspiration to those who follow in his footsteps.

Bardin’s leadership at the Population Council led to the development of a series of additional novel sex steroids that could be used for contraception or for use in post-menopausal women. Examples of these studies included development of synthetic progestins and androgens with high potency, including MENT, a potent androgen, that does not convert into DHT and would spare the prostate when used as androgen replacement in men. It was envisioned that these could be used ultimately to develop male contraceptives. Additional studies examined the fundamental physiology of testicular function. Various techniques included quantitative analysis of androgen receptor messenger RNA in Leydig cells, inflammatory cytokines produced by Sertoli cells of the testis, and detailed examination of secretory proteins in the testis and their regulation of various testicular functions.

Aside from serving as the Endocrine Society’s president from 1993 to 1994, Bardin received numerous awards throughout his illustrious career, including election as president of the American Society of Andrology (1993-4), membership in the Institute of Medicine, awardee of Doctor Honoris Causa at the University of Caen, France; the University of Pierre and Marie Curie, Paris, France; and the University of Helsinki, Finland; Commander of the Order of the Lion of Finland, among several other awards.

Bardin excelled at mentoring young investigators and directing their research in a manner which had a high probability of success.

Bardin was attentive to the high quality of their work and publications, helped in their career development and assisted as needed in a humane and generous manner. Many of his colleagues and past fellows paid tribute to him in a special symposium, “Contraception Research and Development, Present and Future,” organized by the Population Council at Rockefeller University in October 2009. Overall, during his career, Bardin published more than 500 manuscripts and chapters in textbooks. After Bardin retired from the Population Council and Rockefeller University, he became a consultant for companies developing contraceptive pharmaceutical agents.

In the field of endocrinology there are basic scientists, clinical scientists, and clinicians. The most challenging career path is that of a clinician scientist who conducts clinical and basic research studies as well as seeing patients. Bardin fits into that, and while at Penn State University was considered an outstanding clinician as well as a renowned scientist. For those who knew Wayne well, they recognized his zest for life, sense of humor, enthusiasm for his work, love of the Metropolitan Opera and music in general, and his ability to balance work with joy in interacting with his wife Beatrice and his two daughters, Stephanie and Charlotte, and step-daughter Alexis.

Based on all these considerations, C. Wayne Bardin can be considered one of the “Giants of Endocrinology” over the last 40 years, a great human being, and an inspiration to those who follow in his footsteps.

To honor Dr. Bardin’s passion for mentoring early career professionals entering the endocrinology field, his family is setting up a trainee fellowship award in his memory.

Donations may be made in his honor to the Endocrine Society’s Travel Award Fund.