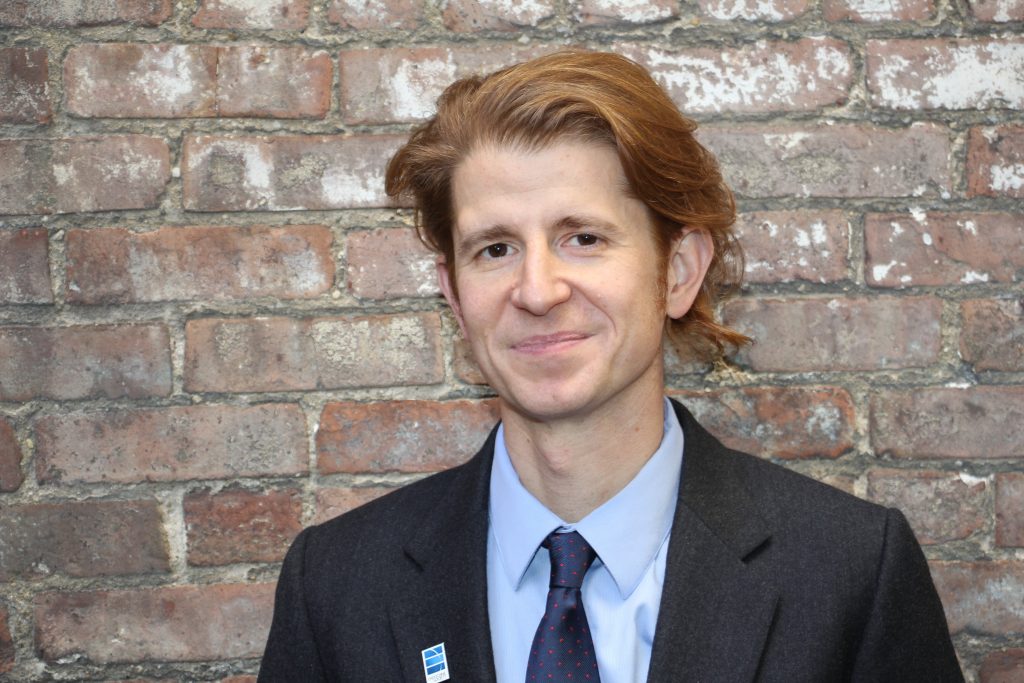 Over the past few years, Leonardo Trasande, MD, MPP, from the New York University School of Medicine, has not been a stranger to the readers of Endocrine News.

Whether he was leading a research team whose work was published in The Journal of Clinical Endocrinology & Metabolism and featured in a 2016 Trends article to speaking at ENDO 2015 on the costs of endocrine disruption to following his travels around the globe on behalf of the Endocrine Society to advocate for better endocrine-disrupting chemical (EDC) regulations, Trasande has been a vocal proponent of the importance of improving public health through reducing EDC exposures.

And now he’s written a book.

Sicker, Fatter, Poorer: The Urgent Threat of Hormone-Disrupting Chemicals to Our Health and Future … and What We Can Do About It was recently published by Harcourt Miflin Harcourt and reaches out to a lay audience to reveal to them the alarming truth about how EDCs are affecting our daily lives and what to do to protect ourselves as well as fight back.

In Sicker, Fatter, Poorer, Trasande exposes the chemicals that disrupt hormonal systems and damages human health in irreparable ways. He discusses where these chemicals hide as well as the workings of policy that protects the continued use of these chemicals in everyone’s lives. Drawing on extensive research and expertise, Trasande outlines dramatic studies and emerging evidence about the rapid increases in neurodevelopmental, metabolic, reproductive, and immunological diseases directly related to the thousands of chemicals the average person is exposed to every day. Unfortunately, we are all currently exposed to EDCs to some degree.

We urgently need a revamp and modernization of toxicology testing methods, and European Union funding agencies have already responded while the U.S. has not.

Through a blend of narrative, scientific detective work, and concrete information about the connections between chemicals and disease, Trasande shows readers what they can do to protect themselves and their families in the short-term, and how to help bring much needed change. Endocrine News caught up to Trasande prior to the book’s publication to find out what is needed to eliminate EDCs from daily life and why the economic impact of doing so will not be as detrimental as some people think.

Endocrine News: What inspired you to write Sicker, Fatter, Poorer?

Leo Trasande: We are amidst an epidemic of endocrine-related diseases, and evidence continues to mount that synthetic chemicals contribute to these preventable conditions. Awareness has increased in recent years, but remains limited among the public, policy makers, and clinicians alike. This book has two goals: To present the science in a digestable format for people to make their own judgments and empower the public with the tools to reduce their exposures and improve their health without disrupting their budget. There’s also a misconception that protecting the public from these exposures will hurt our economy. Quite the opposite actually – preventing these exposures can actually potentiate economic productivity among generations to come! Look at the ban on lead in gasoline, which provides a $200 billion annual economic stimulus in the U.S. each year.  Globally, the stimulus is $2.4 trillion – 4% of GDP!

We have much more power as a society – through our pocketbooks and wallets, and also through our employers, schools, and other companies who have large purchasing power. The ban on BPA in sippy cups and baby bottles occurred not because FDA wanted to do the right thing, but because consumers cried out to companies asking whether BPA was in these products.

EN: The public health issues caused by EDCs are diverse and complex, how did you select the health effects covered in the book?

LT: I focused on these effects because the evidence for EDCs is the strongest, as described in the Endocrine Society Second Scientific Statement and the World Health Organization/United Nations Environment Programme report on endocrine disruptors in 2012.

EN: What are three things that regulators, policymakers, and the public can do right now to reduce the economic and public health burdens associated with EDCs.

LT: There are safe and simple steps we can all take to reduce our exposures, and stronger regulation would substantially reduce the disease burden due to endocrine disruption. Yet, we have much more power as a society – through our pocketbooks and wallets, and also through our employers, schools, and other companies who have large purchasing power. The ban on BPA in sippy cups and baby bottles occurred not because FDA wanted to do the right thing, but because consumers cried out to companies asking whether BPA was in these products.

EN: The book provides a hopeful vision for the future. What research gaps should funding agencies prioritize to ensure that medical professionals in 2040 have the resources that they need to address EDC exposures? 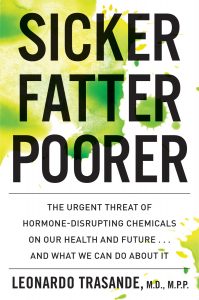 LT: We urgently need a revamp and modernization of toxicology testing methods, and European Union funding agencies have already responded while the U.S. has not.  The Environmental Influences on Child Health Outcomes program and the Children’s Health Exposure Analysis Resource will advance understanding of early life exposures, but the All of Us Program has not communicated a focus on EDC exposures. EDC research should be supported by institutes and centers other than National Institute of Environmental Health Sciences and developing world research is urgently needed.  Low- and middle-income countries will produce and use a majority of synthetic chemicals by 2030, and we are already seeing epidemic increases in endocrine-related diseases there.

Available in both hardcover and as an ebook, Sicker, Fatter, Poorer can be purchased at amazon.com as well as all other booksellers.