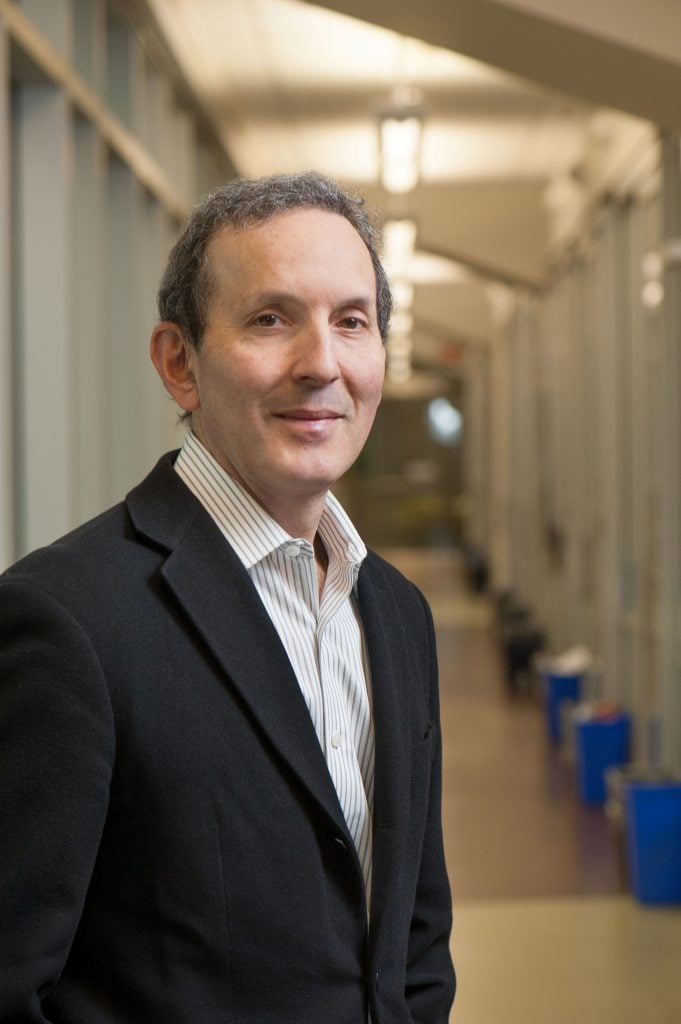 Daniel J. Drucker, MD, is having a very good year.

In September, he received the 2019 EASD–Novo Nordisk Foundation Diabetes Prize for Excellence due to his outstanding scientific contributions that have increased our knowledge of diabetes and the biology of gut hormones.

In October, he was honored with the 2019 Harold Hamm International Prize for Biomedical Research in Diabetes.

Combined, these honors are accompanied by over $1 million in research grants.

“It is always a great honor to have our work recognized,” Drucker says. “These awards recognize the dedication and innovation demonstrated by numerous trainees and lab staff over decades.”

The Hamm Prize recognizes and encourages lasting advances in the field of diabetes research and is awarded to an individual who has either demonstrated lifelong contributions to the field or realized a singular advance, especially in leading toward a cure, and it comes with $250,000. The EASD–Novo Nordisk Prize recognizes outstanding research or technology contributions that increase knowledge of diabetes, its disease mechanisms or its complications, and is accompanied by €806,000, or approximately $900,000, the majority to fund ongoing research in the recipients laboratory.

Drucker is a professor of medicine at the Lunenfeld-Tanenbaum Research Institute, Mt. Sinai Hospital, University of Toronto in Ontario, Canada. He also serves as editor-in-chief of the Endocrine Society journal Endocrine Reviews

Drucker’s pioneering diabetes research has focused on a group of hormones called incretins, which help the pancreas produce insulin to use the energy it receives from food. When working properly, incretins help the body to control blood glucose and insulin secretion, regulate appetite, control the absorption of nutrients from food and convert those nutrients to energy. However, in type 2 diabetes, the incretin glucagon-like peptide 1 (GLP-1) is in short supply or is inactivated by an enzyme Dipeptidyl Peptidase-4. Drucker’s laboratory uncovered the pathways that led to the development of two drug classes that mimic and enhance GLP-1 so it can restore metabolic homeostasis.

For 35 years, Drucker has been studying the molecular mechanisms that regulate how metabolism works, physiological processes that affect almost every major organ in the body – including GLP-1’s effects on not just the pancreas and insulin production, but bone formation, cardiac function, gastric mobility, and much more.

Drucker spoke to Endocrine News about the concept of “endocrinology all around us,” utilizing social media properly (Drucker is prolific on Twitter and has more than 6,800 followers), and the future of endocrinology.

Endocrine News: What first got you interested in medicine in general, and endocrinology in particular?

Daniel J. Drucker: I loved science in high school. Medicine seemed like a great way to combine science and help people at the same time. I did some endocrinology electives in medical school and became fascinated by the endocrine system. The many treatable endocrine diseases made it highly appealing as a specialty

EN: How have technological advances changed the way in which endocrinologists treat patients and study disease?

DJD: Medical science constantly evolves, from hormone assays to molecular genetics and diagnosis, to new imaging techniques, emerging use of artificial intelligence, big data, and dozens of new medicines. One constantly needs to read and learn to stay current.

“The vast majority of endocrine scientists and clinicians still don’t use social media on a regular basis, if at all, so we are in the early innings of the social media paradigm in science and medicine.”

EN: Discuss your concept of “endocrinology is all around us.” What does that mean not only to the endocrine professional but to the practitioners in other disciplines as well as society at large?

DJD: The endocrine system is essential forhow our bodies work and plays an important role in many disease states. It really underpins normal physiology, and hence is fundamentally important to health and in turn, the pathophysiology of disease.

EN: What are your plans to further position Endocrine Reviews as the global leader in disseminating the latest in endocrine science from around the world?

EN: How could partnering with industry could be a potential method for expanding the scope of endocrine research.

DJD: Our colleagues within industry often share common goals-to deploy outstanding science in search of new therapies for endocrine disorders and much more. Industry has technology, scientific prowess, drug development and regulatory expertise and often funding, to leverage in partnerships. I personally have had numerous positive interactions with industry over decades, and colleagues in industry have been instrumental in the development of new therapies in my own research areas for diabetes, obesity, and intestinal disorders. While academic-private sector partnerships can require thoughtfulness and careful stewardship, they can be very helpful for multiple members of the endocrine and scientific community.

“The endocrine system is fundamental to how our bodies work and plays an important role in many disease states. It really underpins normal physiology, and hence is fundamentally important to health and in turn, the pathophysiology of disease.”

EN: You have an enormous presence on social media. How can Twitter, Facebook, and others help clinicians and scientists. Furthermore, what is social media’s overall role in expanding the universe of endocrinology?

DJD: Multiple communication channels now exist to disseminate endocrine science. We still use older traditional forms of communications (Abstracts, Meetings, Publications) yet one can amplify the extent of communication using new social media channels. In the end, most of us want to learn as much as we can, while engaging a broad and large audience to communicate the science within our communities, and twitter is just one additional means to communicate. One must realize that the vast majority of endocrine scientists and clinicians still don’t use social media on a regular basis, if at all, so we are in the early innings of the social media paradigm in science and medicine.

EN: Can you give me a “futuristic” view of research opportunities – changes to how physicians are currently managing treatment of diabetes? If you could wave a wand and change our approaches to research and treatment, what would you do?

DJD: We have had an enormous change in our ability to manage both type 1 and type 2 diabetes over the past few years. For the type 1 landscape, glucose sensing technology and insulin delivery systems have evolved rapidly. In type 2 diabetes, new medicines coupled with the results of outcome studies have changed the way we approach the disease, once classically a glucose-centric process. Today, we really can incorporate a personalized medicine approach to keeping people with diabetes as healthy as possible.

I expect more innovation in the future, from better closed loop artificial pancreas systems, to innovative cell replacement therapies, and more powerful medicines for obesity, given the rapid pace of innovation and exciting developments in the pipeline for metabolic disorders.

— Bagley is the senior editor of Endocrine News. He wrote about caring for transgender patients in the October issue.