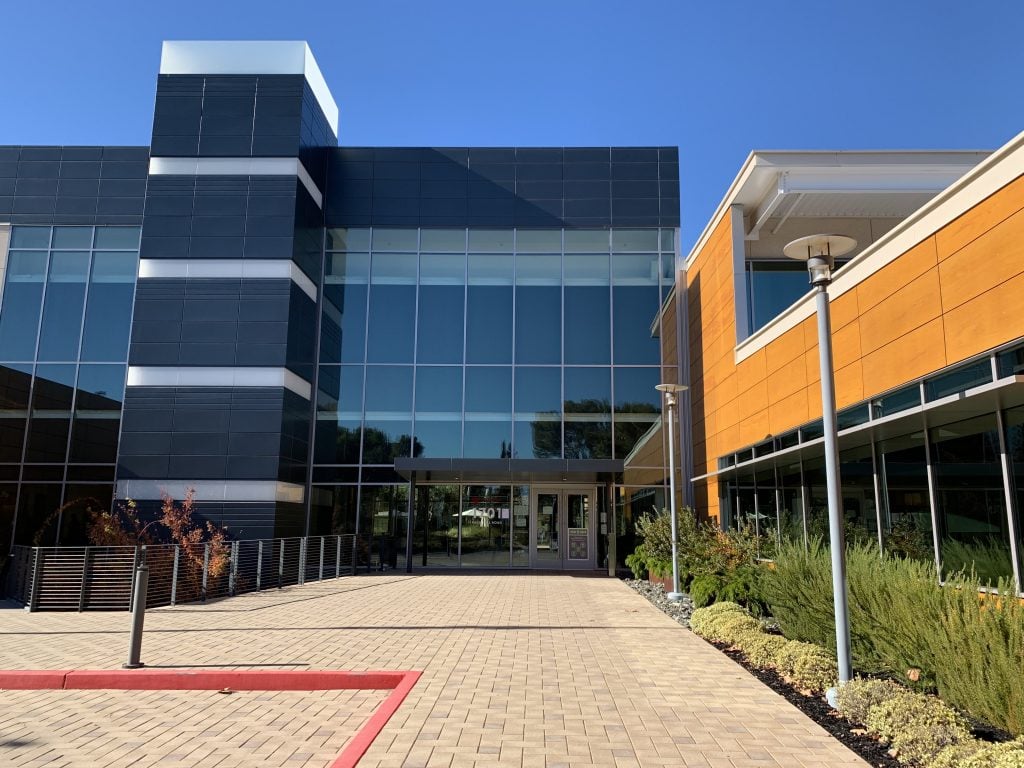 Moving is always stressful. Just imagine factoring in social distancing protocols, adhering to California’s earthquake safety standards, and pausing your research to get it done. Joy Y. Wu, MD, PhD, talks to Endocrine News about moving her research lab at Stanford University under less-than-ideal circumstances but she and her team got it done with a lot of perseverance, patience, and Post-it Notes!

Early this year, the Joy Wu Lab at Stanford University got an upgrade when it moved to a new location – an opportunity for Wu and her colleagues to gain some more space for their lab, but more importantly, to co-locate with several other physician-scientist labs within Stanford’s Department of Medicine.

Interestingly, the Joy Wu lab moved into facilities with a bit of a checkered history. The building is the former headquarters of Theranos – the company that claimed it could rapidly perform tests on very tiny amounts of blood, founded by Elizabeth Holmes. The company’s claims were later found to be based on fraud, and Theranos’s downfall was chronicled by John Carreyrou in The Wall Street Journal and later in his book Bad Blood: Secrets and Lies in a Silicon Valley Startup.

When Theranos collapsed, Stanford’s School of Medicine took over the lease for the building and renovated it to house research labs. Joy Y. Wu, MD, PhD, says she’s optimistic that now a lot of amazing research is going to be accomplished in a building with a regrettable history. “But I think it’s important not to forget the history and what happens when you abandon scientific integrity, she says. “In fact, I gave a copy of Bad Blood to every lab member when we moved.”

Even though this is the fourth time the lab has moved at Stanford, Wu says it still took a lot of advanced planning, from laying out the floor plan to accommodate all the large pieces of equipment down to making sure the outlets are compatible. “Here in California, we also have to think about how and where we’re going to seismically brace all our equipment,” she says.

“Funding and staffing have been particularly challenging during this time. I think for the moment, the focus is very rightly on ending the pandemic itself and all the devastation but looking forward in the months and years to come, I think a lot of scientists are going to need help getting their careers back on track.” – Joy Wu, MD, PhD, vice chair, Basic and Translational Science, Department of Medicine, Stanford University School of Medicine, Stanford, Calif.

Wu says that as a group, her team agreed on how they wanted to lay out the lab equipment in the new space. “For example, we have a station for [polymerase chain reaction (PCR)],” she says. “We have another station for running gels, and then we use a lot of post-it notes in the process. Every piece of equipment is tagged and gets a label for its destination. And then in the new space, we have post-it notes ahead of the move showing where everything is going to go.”

Wu tells Endocrine News that there are a lot of things that have to happen to be able to start up in a new space, from certifying biosafety cabinets and hooking up incubators to CO2 and ordering liquid nitrogen tanks to thinking about things like whether the water purification system is up and running and cleaning and decommissioning the old space. “This time, we did not have to move our mouse colony, thank goodness,” she says. “But when we have, that’s another whole set of details that requires a lot of coordination with the veterinary staff.” 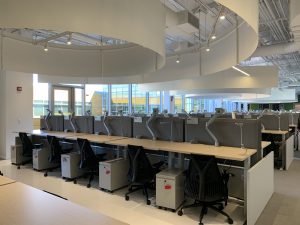 Even though there was no mouse colony to relocate, Wu says the timing of the move did cost her team research time. They were slated to move a few weeks after a prolonged winter break, so they didn’t try to reopen their lab in between the break and the move. “By the time we moved in and got everything set up, we were shut down for almost two months, so it was pretty costly in terms of productivity time,” she says.

The COVID-19 pandemic made the move even more stressful, Wu says, since all the people involved can make it difficult to safely distance. “There’s just in general a lot more interaction with people, because you have the movers, you have the inspectors, you have everybody coming by,” she says. “It feels like it can raise the stakes a little bit.” 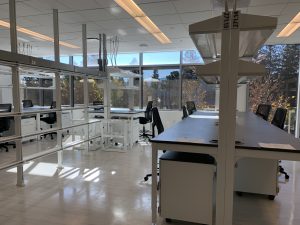 Wu goes on to say that the pandemic has been difficult for researchers in general, and her lab is no exception. She says that the data are clear that women in academia have been disproportionately affected and that action will be needed to avoid a major setback. “Funding and staffing have been particularly challenging during this time,” Wu says. “For the moment the focus is very rightly on ending the pandemic and all its devastation, but looking forward in the months and years to come, I think a lot of scientists are going to need help getting their careers back on track.”

For now, Wu and her team are still under pandemic restrictions, so they’re working from home as much as possible. However, when the restrictions lift, Wu says she’s looking forward to gathering with her colleagues and lab members in some of the building’s stunning common spaces. “There’s also a very nice gym and yoga studio that I am eager to use when we are allowed,” she says. 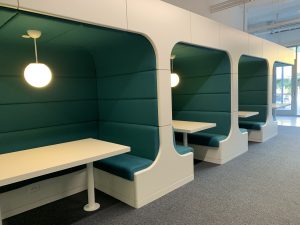 Once the lab is fully up and running, Wu says that she’s thrilled at the prospect of broadening her laboratory’s work studying bone biology and its impact on health in their new digs. “We’re trying to figure out how to coax bone-forming osteoblasts into making more or stronger bones as an approach to treating osteoporosis,” she says. “We’ve also been working for a few years on how to prevent bone metastases, for example, in breast cancer. As a breast cancer survivor myself, this is a very personally meaningful area. We now have some philanthropic funding and we’re really excited about the possibilities of expanding this work in our new space.”