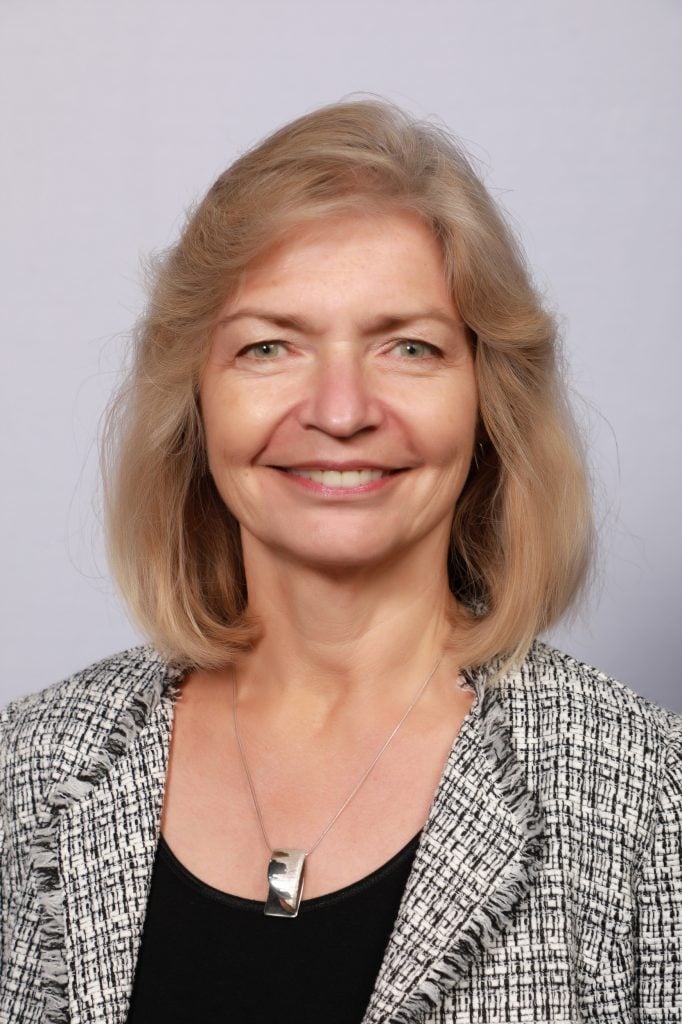 The Endocrine Society is pleased to welcome its president for 2022 – 2023, Ursula B. Kaiser, MD, who took office during ENDO 2022 in Atlanta, Ga. A physician-scientist, Kaiser is chief of the Division of Endocrinology, Diabetes, and Hypertension; George W. Thorn, MD, Distinguished Chair in Endocrinology; and director of the Brigham Research Institute at Brigham and Women’s Hospital, as well as professor of medicine at Harvard Medical School, Boston, Mass. She has served as president-elect since March 2021.

Kaiser succeeds Carol H. Wysham, MD, who ended up serving a longer-than-usual 15 months since ENDO 2022 was moved to June this year, when Kaiser officially took her oath. “I’m thrilled,” Kaiser says. “I’m humbled to have this opportunity to lead the Endocrine Society.”

Before arriving at Brigham and Women’s Hospital, Kaiser received her medical degree and completed her clinical residency in internal medicine and fellowship in endocrinology at the University of Toronto School of Medicine. “When I started medical school, one of our first courses as first-year medical students was a very basic introduction of how to talk to patients, how to take a history, how to examine them,” she says. “We were in small groups of four to six people, and it so
happened that our preceptor was an endocrinologist, entirely coincidentally.”

Kaiser tells Endocrine News that at the time, the hospital admitted patients for evaluation and investigation more than they do currently, and their preceptor (Dr. Ivey Fettes) used the opportunity for the students to see those patients. “That was really my first exposure to endocrinology,” she says. “I still have such a vivid picture of walking into a patient’s room — it was a patient with acromegaly, with a pituitary tumor making too much growth hormone, which results in very characteristic features. It’s the kind of diagnosis that you can make on the subway.”

“It was just amazing to me,” she continues, “to think about how hormones affect every system in the body. That really captivated my interest. I joined [the preceptor] for some of her clinics. In fact, her clinical practice was focused primarily on reproductive endocrinology, which is still an area of my interest to this day. She had a huge influence on me; from that first year of medical school on, I decided that I was going to become an endocrinologist.”

She attended her first Endocrine Society annual meeting while she was still an endocrine fellow in Toronto, and she recalls the serendipitous sequence of events that led her to her career, and even beyond: “I was in the poster area exhibit hall of the Endocrine Society meeting. One of my endocrine mentors, Dr. Robert Josse from Toronto, was there, and I’d been speaking with him to try to figure out who to train with for a research fellowship. He says, ‘I know just the person you should work with. He’s right over there. I’m going to take you over and introduce you to him.’ He introduced me to Dr. William Chin, who was an endocrinologist physician-scientist
doing research in two areas: thyroid hormone action and gonadotropin regulation.

“Gonadotropin regulation was just perfect for me because it combined my interest in pituitary neuroendocrinology and reproductive endocrinology. I met with at ENDO and I was really excited and interested in his work. After that, I went to Boston to visit his group and his lab, and subsequently moved to Boston and started working with him.”

“As a physician-scientist, I really appreciate the importance of having scientists among our membership, basic scientists, PhD scientists. That’s a group that we want to be sure that we retain, nurture, foster, and encourage.”

And the rest is history. “The rest really is history,” Kaiser says, “because the plan was that I would work there for three years, then move back to Toronto, set up my research program, and be a physician-scientist at University of Toronto. While I was in Bill’s lab, I met the person who is now my husband, whose lab
was down the hall.”

“Thinking About Diversity in Every Way”

As president of the Endocrine Society, Kaiser says one of her main priorities is continuing to recognize and foster diversity and inclusion in all areas of what we do — among our leadership, among our staff, among those we serve, our members, our patients, among our communities that we all live and work in. She says we need to think about diversity more broadly as well — gender, race, ethnicity, but also nationality, sex, age, and even extending out to interests like basic science and clinical science. “We need to be thinking about diversity in every way,” she says.

“As a physician-scientist,” she continues. “I really appreciate the importance of having scientists among our membership, basic scientists, PhD scientists. That’s a group that we want to be sure that we retain, nurture, foster, and encourage.” For Kaiser, bringing in more international, global voices will help strengthen our diversity. “Certainly, it’s important to continue to support and address the needs of our U.S. members, but also, our global community, as well,” she says.

And as we think about our global community, Kaiser would like to prioritize protecting the environment. Climate change, pollution, and environmental changes have all been implicated in adverse health outcomes, and endocrine health is no exception. “Obesity and diabetes are impacted by pollutants and pollution,” she says. “We need to be thinking not only about endocrine-disrupting chemicals, but also climate and other environmental impacts on our health.”

One of the best things about being an academic endocrinologist, Kaiser says, is that she gets the best of both worlds, and that every day is interesting, something that should prove to dovetail nicely with her tenure as president. “You’re mentoring and teaching the people in the lab,” she says. “Then, if that’s not going well, you’re seeing patients and you get the reward of the feedback from the patients. You’re just always learning new things. No two days are the same.”