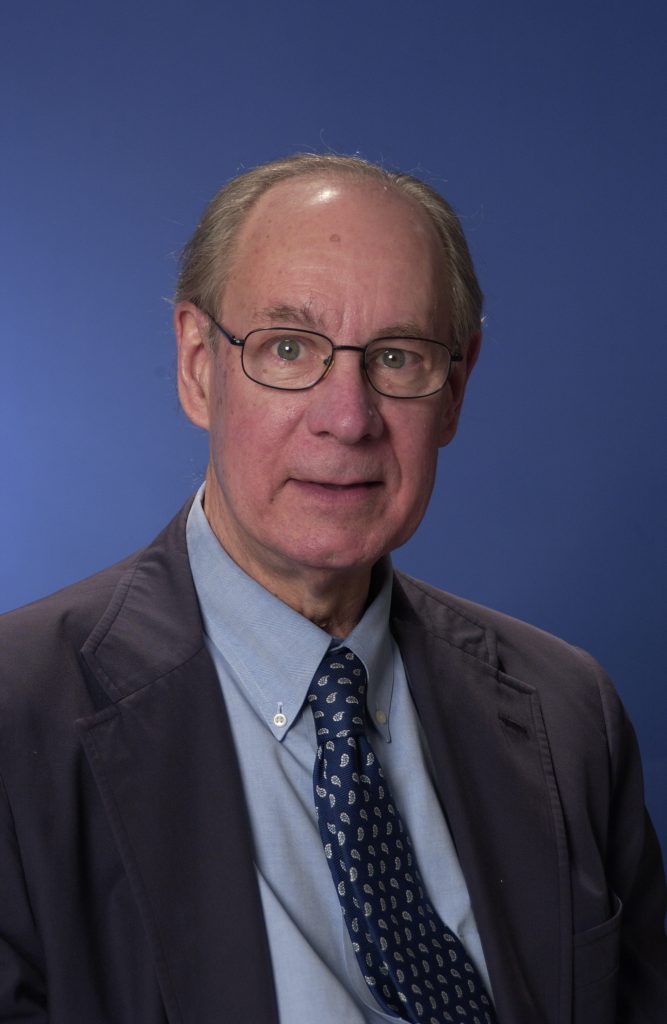 Joel F. Habener, MD, the Endocrine Society’s 2018 Outstanding Mentor Laureate Award recipient, explains why it’s never too early to have a mentor and why — into his 80s — he still values his own mentor!

When the Endocrine Society honored Joel Habener, MA, MD, with the 2018 Laureate “Outstanding Mentor” Award, many heads were certainly nodding in laboratories across the country. Habener is the chief of Laboratory of Molecular Endocrinology at Massachusetts General Hospital and professor of medicine at the Harvard Medical School in Boston. He’s recognized for creating an outstanding laboratory environment, enabling discovery and characterization of peptide hormone genes, transcription factors, and mechanisms regulating b-cell function and survival.

I think the one main point about mentoring is that it’s bi-directional, not uni-directional. I learn as much from them as the other way around because they’re doing the background research on my projects and the clinical investigations. They help guide the studies so I’m learning, too.

Over several decades, the 81-year-old trailblazer has trained dozens of scientists who, in turn, have mentored hundreds of trainees and fellows. Habener’s legacy of mentorship has produced leaders in the fields of clinical medicine, academic administration, industry, and basic science — especially encouraging them all to participate in the Society. Endocrine News caught up with him to talk about the legacy of young scientists who are fortunate to call him “mentor.”

Endocrine News: What comes to mind when you’re reminded of all those past young scientists you’ve help guide through the years?

Habener: It’s been a gift. I’m certainly fortunate to have been in the middle of this academic center we have in the Harvard area — our medical school and the different universities — all pretty compact in Boston and at Mass General Hospital, with its size and being one of the Top 5 best hospitals in the country. I’ve been able to interact with many postdocs or fellows who were in their middle to late stages of training. A number of the fellows went through their clinical training program here in endocrinology, so they had a really tremendous background as many of them held MD and PhDs.

But I’ve just had so much fun and I think the one main point about mentoring is that it’s bi-directional, not uni-directional. I learn as much from them as the other way around because they’re doing the background research on my projects and the clinical investigations. They help guide the studies so I’m learning, too.

EN: What advice do you give young scientists about the timing of finding a mentor? Is it ever too soon?

Habener: No, I think it should start very early in their career and last a very long time. I’m in the latter category. I’m in my 80s and I still have a mentor. My mentor is Dr. John Potts who was chief of the Department of Medicine here at the Massachusetts General Hospital. He actually recruited me back in 1968. I came to the hospital to finish my medical residency as an endocrine fellow in the endocrine training program here, and he was my mentor. And still is. I think people should start looking for mentors early, even if it’s in college before you get a baccalaureate degree. So, if you do research, you’re doing it with somebody who has a grant, who’s funded and is a researcher, so that person becomes a sort of a mentor at the early stages.

EN: With Dr. Potts still being your mentor since the 60s, your relationship surely is more than just the work. Do you find that most mentor-mentee relationships become a friendship?

Habener: It certainly does, as time goes on. I have more and more postdocs who are out there and are now independent. They have their own academic careers and a lot of them are in academic institutions in the United States and other countries like Germany and France. They come and visit me and it’s wonderful to see them again, to see how they’re doing and see that their careers are booming and moving forward. Some of my past post docs have become deans and department heads.

EN: It looks like you’re not slowing down. You’re still going to conferences and still working on your research so there’s surely still people who will enjoy your mentorship.

Habener: I’m still coming into work mostly five days a week and I have a small group now in my lab, about four or five people, and we’re pretty much focused on the work. One of them, Violeta Stanojevic, has been with me for about 23 years and we’re doing experiments and getting nice results. It’s exciting.  I really enjoy it. Anytime you have people who enjoy what they’re doing, whether it’s playing tennis, going fishing, or playing cards, anything that keeps your mind moving and thinking, it’s good.

—Fauntleroy Shaw is a freelance writer based in Carmel, IN. She is a regular contributor to Endocrine News.