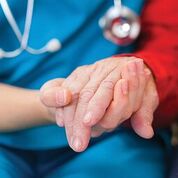 As diabetes patients are living longer, endocrinologists are finding themselves faced with a unique set of treatment challenges not often found in younger patients. From cognitive function to cultural norms, treating older diabetes patients is much more complicated than ever before.

During the Endocrine Society’s 97th annual meeting in San Diego, Pendar Farahani, MD, MSc, assistant professor in the Department of Clinical Epidemiology and Biostatistics at McMaster University in Hamilton, Ontario, Canada, presented research on the clinical gaps in statin therapy among older patients with diabetes. The study, which analyzed more than 200,000 people in two cohorts – those aged between 65 and 75, and those aged over 75 – found that on average, more than 30% of older patients with diabetes are not utilizing statin therapy, despite needing the medication.

This is a significant and troublesome finding, because, as Farahani says, older individuals with diabetes should by default be on a statin for cardiovascular protection. He explains that he and his team focused on statin treatment because it’s well established, and it allowed them to look at real-world data. “Most of the evidence that we have and that we rely on is from randomized, controlled trials,” Farahani says. “And if you look at the randomized, controlled trials, most of the time they are not representative of the patient populations we see, especially in elderly.”

A subsequent study conducted by Farahani and his team, published last December in Clinical & Investigative Medicine, found that these gaps become even wider when factoring in gender. Data shows that women are less tolerant of statins, findings that became more apparent as statin doses increased over the years as guidelines evolved. The researchers also found that there was no clinically significant difference in treatment between the 65-75 cohort and the 75-plus cohort, which was surprising because they thought the 65-75 cohort would have been treated more aggressively. “Sometimes we do not change the medication according to the life expectancy and comorbidity of our patients,” Farahani says.

Ultimately, these findings point to a larger issue when treating older patients with diabetes. These patients comprise a heterogenous population that continues to grow, as life expectancy increases alongside diabetes rates. And the key to treating them successfully depends on myriad, diverse factors.

At the surface, there can be a stigma surrounding older patients with diabetes. Bias can play a role as doctors may make assumptions about what these individuals are capable of doing or not doing. Or because these patients tend to have shorter remaining life expectancies than younger patients, their doctors may go with less aggressive treatment options. But according to the U.S. population-based Health and Retirement Study (Blaum et al. Medical Care 2010), half of diabetes patients over age 75 are relatively healthy with few comorbidities and are capable of leading active, healthy lifestyles. And an even higher percentage of patients 65 to 75 are still relatively healthy, says Jeffrey Halter, MD, professor emeritus of internal medicine in the Division of Geriatric and Palliative Medicine at the University of Michigan in Ann Arbor. “Age alone shouldn’t determine how aggressive the diabetes management goals should be,” Halter says.

“Age alone shouldn’t determine how aggressive the diabetes management goals should be.” – Jeffrey Halter, MD, professor emeritus of internal medicine, Division of Geriatric and Palliative Medicine at the University of Michigan, Ann Arbor

Still, diabetes already makes many demands on patients, and as these patients grow older, they’re at greater risk for developing comorbidities. “By virtue of having lived longer these individuals have more time to have accumulated more conditions, so that multi-morbidity is very common in this population,” says David C. Aron, MD, MS, professor of medicine and epidemiology and biostatistics at Case Western Reserve University School of Medicine in Cleveland. He goes on to say that having multiple conditions itself brings problems, including interactions between conditions (for example, treating lung disease with steroids makes glycemic control worse), polypharmacy (leading to more drug-drug interactions and adverse events), and conflicting practice guidelines (which are usually designed for people with one condition).

Deena Adimoolam, MD, assistant professor in the Division of Endocrinology, Diabetes and Bone Disease at Icahn School of Medicine at Mount Sinai in New York, describes a particularly dizzying example of what some older patients with multiple conditions exacerbated by diabetes may experience. “Some elderly patients may develop chronic kidney disease,” she says. “Chronic kidney disease may lead to impaired ability to metabolize certain diabetes medications which can lead to persistent hypoglycemia. Hypoglycemia in the elderly may predispose them to falls and subsequent fractures, which can be fatal.”

Indeed, cognitive issues need to be addressed in this population. For instance, some older patients with diabetes develop dementia, which impairs their ability to take medications, care for themselves, and/or recognize and treat symptoms of hypoglycemia. To make matters worse, there’s a higher rate of dementia in patients with diabetes, and the reason for this isn’t known, although it’s under investigation. Halter says that in analysis, patients with dementia had severe hypoglycemia, which he says wasn’t a surprise, but it is scary. “Endocrinologists and diabetologists need to be tuned into this problem,” he says.

According to Halter, 20% of those who participated in the NIH’s Action to Control Cardiovascular Risk in Diabetes (ACCORD) Trial had significant cognitive impairment on testing, even though cognitive issues should have excluded them from the study. “These were missed in recruitment,” he says, “and it’s one example of the magnitude of the problem.”

Other individuals may suffer from depression, and they lose any interest in caring for themselves. “If your elderly patient seems depressed, consider screening them for depression and referring them to a psychiatrist,” Adimoolam says. “Depression needs to be treated first before other medical issues can be optimized.”

“While we hold on to our magnifying glasses, we should not forget to reach for the ‘minifying’ lens which allows one to see a more whole picture.” –  David C. Aron, MD, MS, professor of medicine and epidemiology and biostatistics, Case Western Reserve University School of Medicine, Cleveland, Ohio

Cognitive issues must inform tailored treatment options for these patients. Farahani says he tests cognition for each patient as indicated before starting any treatment plan, as altered cognition, including dementia, will determine the type of care and pharmacotherapy that should be implemented for each patient. “I have seen elderly patients that have been on insulin or other medications with hypoglycemia risk who had mild to moderate cognition issues,” he says. “This is important with an aging population.”

What’s also important with this aging population when determining a course of treatment is considering cultural challenges and barriers. Older individuals have had many years to establish habits that may be inconsistent with what physicians view as ideal care. Or they may view diabetes as God’s will and there is nothing they can do. “When patients are unwilling to do give up something that from a physician perspective hinders their care,” Aron says, “it is our responsibility to work to come up with the best patient-centered approach.”

“Yesterday I had 15 patients from four continents,” Farahani says. “When you think about diabetes care, you should include culture as a main component in treatment.” He says that one of his patients is an older Italian woman who loves to cook and that’s the way she’s been living for the last 73 years, so the best approach would be training her on how to change her lifestyle, and give her the appropriate medication.

“In many cultures, food is life and happiness,” Adimoolam says. “In many cultures, high carbohydrate foods are a staple and almost impossible to eliminate from the diet. I try to tailor a diabetes regimen based on a patient’s preferences for food (for example, advising a higher bolus of insulin before a high card meal).”

But it’s not just cultural differences that can present problems. There can be language barriers ; social factors such as stress, food insufficiency, limited finances, or lack of transportation to doctors’ offices; as well as frustration with the new technology being developed for diabetes care. “The world when radios were made with vacuum tubes is long gone,” Aron says. “Now we have apps which present a whole series of challenges not only because of their novelty, but also because of their usability limitations, especially in an aging population with decreasing functional status.”

Of course, this concept of tailoring care for older patients with diabetes is nothing new. But this population continues to grow; people are living longer but diabetes rates continue to skyrocket, so it’s important to revisit the issue from time to time. Halter says because we are facing a huge increase in older individuals with diabetes, an important approach is diabetes prevention, and that this population benefits more from lifestyle intervention than younger people.

One of the big challenges in these patients is addressing goals of diabetes management, like a target HgbA1c. These patients may have shot for goals of less than 7% most of their lives, but as they age and might develop other complications, those same goals could put them more at risk for hypoglycemic episodes, which would put them at greater risk of further complications.

“I find it difficult, especially with my type 1 diabetics, to change their mentality as they age and assure them that a higher HgbA1c might actually be better for them — especially for those with hypoglycemia unawareness and who are at high fall risk,” Adimoolam says.

“The clinician must think in multiple dimensions,” Aron says. “While we hold on to our magnifying glasses, we should not forget to reach for the ‘minifying’ lens which allows one to see a more whole picture.”

— Bagley is the associate editor of Endocrine News. He wrote about how pancreas donors could be the key to a cure for diabetes in the November issue.