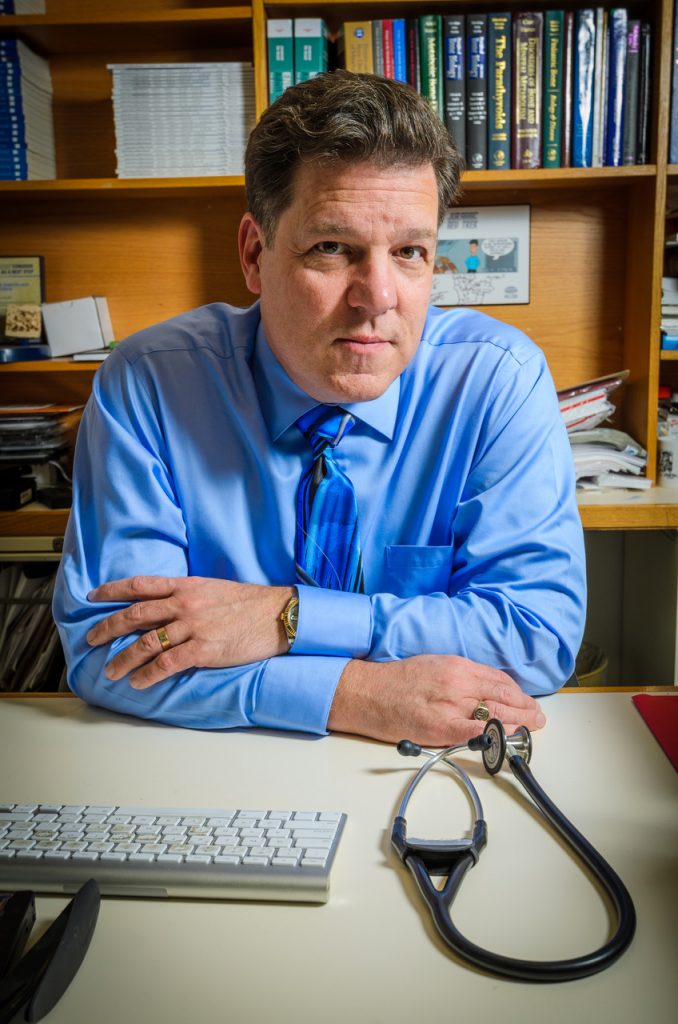 I remember well the key events that made me become an endocrinologist.

I first decided in second year medicine at Queen’s University in Canada, when we learned about endocrinology. I was fascinated by the thermostatic control of each endocrine gland, and how with clever insight or detective work an endocrinologist could determine exactly where the problem lay. I was also struck by how other specialties, in their zealous focus on one organ or system, could miss the big picture. The same patient can present to the cardiologist with atrial fibrillation, to the neurologist with tremors, or to the gastroenterologist with weight loss and frequent motions, and be investigated and treated solely for those respective, organ-specific symptoms. But to the endocrinologist, who appreciates that hormones rule everything, the diagnosis of hyperthyroidism is obvious.

Then as an intern in internal medicine (PGY-1 in current lingo) at Queen’s, I worked with the late Dr. Edmund Yendt, endocrinologist and clinician scientist. He focused on disorders of bone and mineral metabolism, especially hyperparathyroidism and kidney stones, and had his own research laboratory. Suddenly I had gained a specific focus, role model, and mentor. But I didn’t yet believe that I was capable of doing research and settled instead on writing case reports.

Those embryonic steps delivered me to the University of Alberta for a clinical fellowship in Endocrinology and Metabolism, where I met Dr. Connie Chik (pituitary endocrinologist and clinician scientist), and her husband Dr. Tony Ho (physiologist). Under their tutelage, I began bench research by studying signal transduction induced by bone-relevant hormones in pituitary and pineal cells. With Dr. Chik’s help I designed, secured funding, and carried out a clinical observational study of calcium and bone metabolism in breastfeeding women. My two years in Alberta yielded three research papers (two basic and one clinical – that in JCEM). I’d been thoroughly transfected with the clinician scientist virus, and my career path was set. I had become fascinated by the effects of pregnancy and breastfeeding on bone and mineral metabolism, and the recently discovered hormone PTHrP.

Those successes spurred me on to secure funding for a postdoctoral fellowship from the Medical Research Council of Canada (now Canadian Institutes of Health Research). That brought me to Harvard Medical School and Massachusetts General Hospital, where Dr. Henry “Hank” Kronenberg became my supervisor and another key mentor. He first tasked me to study calcium physiology in fetuses that lacked PTHrP, which was only a small shift in focus from pregnancy and lactation. Little was known about calcium and bone metabolism during fetal development. Very quickly our studies established some of the roles that PTHrP, PTH, and the calcium-sensing receptor play during fetal development.

I first decided in second year medicine at Queen’s University in Canada, when we learned about endocrinology. I was fascinated by the thermostatic control of each endocrine gland, and how with clever insight or detective work an endocrinologist could determine exactly where the problem lay.

My training gave me varied experiences in clinical and basic/translational research, bone and mineral metabolism, pregnancy and lactation, and fetal and neonatal development. Along the way, presentations and awards at international conferences (including ENDO and ASBMR) led to new collaborations and friendships, and another key mentor in Dr. T. John “Jack” Martin from the University of Melbourne.

I’ve been a clinician scientist at Memorial University of Newfoundland in Canada since November 1997. I’ve maintained my interests in the clinic (focused on osteoporosis and disorders of mineral metabolism), in clinical research (osteoporosis, bone metabolism during pregnancy/lactation, and diabetes), and in basic/translational research (bone metabolism during pregnancy, lactation, and fetal/neonatal development). I’m a mentor and supervisor of medical and graduate students; in turn, their enthusiasm and successes inspire me. The Canadian Institutes of Health Research have continued to support my research, with at least 25 years of continuous support now secured.

Things go full circle from bench to bedside and back again. I’m often asked by clinicians from around the globe for advice about the management of hyperparathyroidism or hypoparathyroidism during pregnancy. Some colleagues tell me that I’m the international expert on bone metabolism during pregnancy and lactation, while others say that I’m the expert on that subject during fetal and neonatal development. I’ve written comprehensive reviews and chapters in both areas. I’m often mistaken for an obstetrician/gynecologist or a neonatologist. But no, I’m an adult endocrinologist who is endlessly fascinated by the adaptations in mineral and bone metabolism during the reproductive periods.

When Elsevier asked if I could think of any textbook subject that they were missing, I pointed out the obvious gap: most endocrine texts devote a few lines to pregnancy, if at all. And that’s why I’m now chief editor of the recently published Maternal-Fetal and Neonatal Endocrinology: Physiology, Pathophysiology, and Clinical Management, which features 110 authors and 53 chapters. The book reflects my career interests, spanning basic through translational to clinical knowledge of endocrine physiology and disorders (plus artwork, but that’s another story).

It seems only a few years ago that thermostats and hormones first fascinated me.

Somewhere along the way, people began telling me that endocrinology is the most difficult and cerebral of all specialties, which few can understand. It’s a frequently repeated mantra from non-endocrinologists. No, they’re all wrong. I just nod sagely and don’t disabuse them. To me endocrinology is easy and the most fun. And I haven’t stopped having fun since that second year of medical school.

HOW HAS THE ENDOCRINE SOCIETY SUPPORTED YOU IN YOUR CAREER?The Endocrine Society has been a home base for me since I joined as an in-training member in 1993; they gave me one of my first young investigator awards in 1996. I return to ENDO every year to refresh my knowledge.