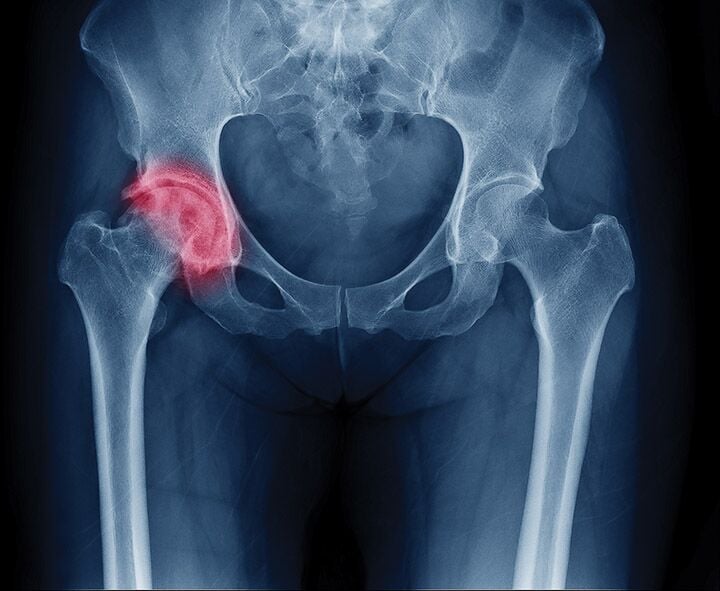 Hip fracture rates had been declining for years — but a new analysis shows the decline has stopped. Could a decrease in testing rates and a fear of drug side effects be to blame?

The U.S. and other developed countries have made steady progress in recent years in bringing down the rate of hip fractures in the elderly. But that favorable curve has leveled off in the U.S., according to an abstract presented at the fall meeting of the American Society for Bone and Mineral Research (ASBMR).

The researchers who performed the analysis suggest that the factors contributing to the new trend include cuts in Medicare reimbursement for dual-energy x-ray absorptiometry (DXA) testing leading to fewer people being tested, fewer at-risk patients being diagnosed, and media reports scaring patients off anti-osteoporotic bisphosphonates.

“[T]he rate of osteonecrosis of the jaw from osteoporosis dosing of these drugs — in contrast to doses used for metastatic bone cancer — is very low. It is a rare problem, but the news media make it sound like it happens every week.” – Ethel Siris, MD, professor of medicine at Columbia University Medical Center in New York City

“This analysis suggests the trend of decreasing hip fracture rates in the U.S. may be over. Other studies have shown a decrease in osteoporosis prescriptions over this period of time,” the study says.

The ASBMR is so concerned about the state of affairs that it issued a “Call to Action to Address the Crisis in the Treatment of Osteoporosis” that has been endorsed by 37 organizations. It says that “the field as a whole must take action to aggressively reduce fracture risk in our aging population” in response to “a crisis caused by the declining rate of testing, diagnosis, and treatment of high-risk patients.”

As part of the response, the organization recommends better education programs for healthcare professionals: “Despite compelling data that bisphosphonates reduce both risk of a second fracture and reduce death in those patients who have had a hip fracture, many clinicians do not have the necessary information or resources available to help their patients make informed decisions to prevent hip fractures.”

The call to action also advocates that:

Drop in Testing, Drop in Diagnoses

The decline in the number of tests tracks with a steep drop in Medicare reimbursement for DXA testing, says the lead author of the study, E. Michael Lewiecki, MD, clinical assistant professor of medicine at the University of New Mexico School of Medicine in Albuquerque and past-president of the International Society for Clinical Densitometry, which generated the data in the study. The national average for Medicare payment for DXA testing was $139 in 2006, which was cut to $82 in 2007, and then to $42 today.

That reimbursement level is well below the cost of performing the test, Lewiecki says. Faced with below-cost reimbursement, many practices stop offering the test — substantially decreasing the convenience and availability of the tests for patients. “DXA testing and diagnosis of osteoporosis started declining in 2009, two years after Medicare decreased office-based DXA reimbursement to levels below the cost of providing the service,” according to the abstract.

Another potential contributing factor is that prescriptions for osteoporosis drugs began to drop even before the decline in diagnoses. The advent of bisphosphonates in the 1990s was one likely factor in the decline of fracture rates, but prescriptions for them began plummeting around 2008 to 2009 with media reports of their side effects. “The media began talking about osteonecrosis of the jaw and atypical femur fractures, and blowing their frequency way out of proportion,” says Ethel Siris, MD, professor of medicine at Columbia University Medical Center in New York City, who also contributed to the study.  “These two side effects are not nearly as common as people seem to think. For example, the rate of osteonecrosis of the jaw from osteoporosis dosing of these drugs — in contrast to doses used for metastatic bone cancer — is very low. It is a rare problem, but the news media make it sound like it happens every week.”

The Many Fracture Factors

Lewiecki notes that the exact reasons for both the decline in fractures and the plateau in this decline are not clear. The use of bisphosphonates and other drugs does not entirely explain the decline in fractures, and factors like improvements in lifestyle — and even the rise in obesity — could be associated with better bone density. And factors tugging on the negative side include “the publicity about calcium supplements possibly causing cardiovascular disease and confusion about how much vitamin D is needed,” Lewiecki says. “And primary-care doctors, who manage most patients with osteoporosis, are overwhelmed with many competing healthcare priorities. They have limited time in patient encounters, and often osteoporosis doesn’t rise to the point that it is discussed in office visits.”

The timing of the news of the decline in diagnoses is somewhat ironic because it coincides with an effort by the National Bone Health Alliance and a coalition of groups that includes the Endocrine Society to expand the definition of osteoporosis beyond T-scores to include patients who have an elevated fracture risk based on additional criteria such as their World Health Organization Fracture Risk Algorithm (FRAX) scores. (See “Breaking Bad” in the December 2015 Endocrine News.)

“From a public health standpoint, if hip fracture rates are higher than expected, it is certainly a concern because of the personal burden of hip fractures, the increase in disability and death, and the high medical costs associated with hip fractures.” – E. Michael Lewiecki, MD, clinical assistant professor of medicine, University of New Mexico School of Medicine, Albuquerque

“Although causality cannot be clearly established,” the abstract notes, “there is a plausible chain of events from reduced DXA reimbursement to fewer DXA providers to fewer DXAs performed to fewer women diagnosed to fewer being treated, all leading to an increase in fractures above expected levels.” And if that is the case, the reimbursement rates could be penny-wise and pound-foolish because “the increase in fracture-related expenses is likely to outweigh the modest savings to Medicare from decreased DXA reimbursement and fewer DXAs performed.”

“From a public health standpoint, if hip fracture rates are higher than expected, it is certainly a concern because of the personal burden of hip fractures, the increase in disability and death, and the high medical costs associated with hip fractures,” Lewiecki concludes.

Seaborg is a freelance writer based in Charlottesville, Va. He wrote about a variety of new options to treat obesity in the March issue.