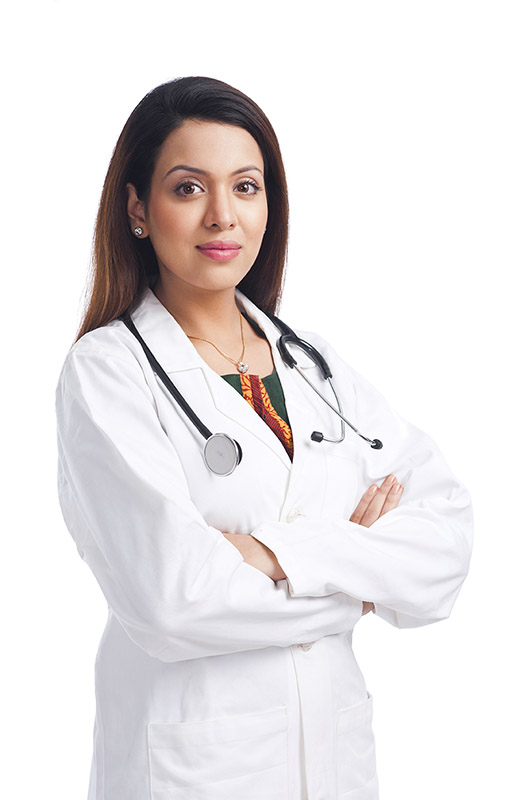 A new study shows that endocrinology will become a female-dominant specialty in a few short years. Rather than reflecting heightened interest among women, it actually shows that men are choosing other options. What does this mean for the future of endocrinology?

The top study listed on the cover of the January issue of The Journal of Clinical Endocrinology & Metabolism is titled “Female Physicians and the Future of Endocrinology.” The article concludes, among other things, that the subspecialty of endocrinology will soon be predominantly female. At first blush, this can read like good news; after all, STEM (science, technology, engineering, and math) fields have historically had trouble attracting women, and this study points out that nearly half of medical school graduates are now female and, in 2013, endocrinology fellows were 72% female.

If the trend continues, women will be the face of endocrinology over the next several decades. However, rather than being some sort of win for gender equality, this trend parallels and further predicts the projected shortage of endocrinologists overall.

“It’s a common misconception that endocrinology is attracting more women. If this were true, I think it would be a less concerning pattern. The problem is that applications to endocrinology fellowships are down from both genders, the decline in male applicants is just much more dramatic, leaving a higher proportion—not number—of female applicants.” – Elaine Pelley, MD, director, Preclinical Medical Education, University of Wisconsin School of Medicine and Public Health, Madison

“It’s a common misconception that endocrinology is attracting more women,” says Elaine Pelley, MD, director of Preclinical Medical Education at the University of Wisconsin School of Medicine and Public Health, Madison, and lead author of this study. “If this were true, I think it would be a less concerning pattern. The problem is that applications to endocrinology fellowships are down from both genders, the decline in male applicants is just much more dramatic, leaving a higher proportion — not number — of female applicants.”

Pelley says she noticed that for three years in a row all of their program’s fellows were women, which prompted her to explore the gender trends in endocrinology. “I was familiar with some of the work showing gender bias in medicine, but saw that it was mostly explored via the lens of how the careers of female physicians were impacted,” she says. “I was curious how gender bias, if women were concentrated in a specialty, could impact that specialty as a whole.”

The decline in interest in endocrinology is occurring while numbers of diabetes and obesity cases continue to rise, placing increasing demands on the remaining workforce. If these increasing patient care demands lead to burnout and endocrinologists leaving the workforce, the problem will only worsen.

But again, men’s interest is waning more than women’s, and while there’s no clear reason for this, part of it may be the effect of gender segregation itself, according to Carolyn Becker, MD, an associate professor of medicine at Harvard Medical School and co-author of this study. “In other words, as a field becomes more and more identified as a ‘female dominant’ field,” she says, “men look around, and feel less comfortable in that environment (just as women may not feel as comfortable in a ‘male predominant’ field).”

“I remember hearing male endocrine fellows joke about the presence of ‘too much estrogen’ in the fellows’ room or the need for ‘more testosterone’ in the room,” she continues. “But they may not really be joking and this may reflect some real discomfort.”

Pelley and Becker are quick to acknowledge that endocrinology has the lowest average salary of any medical subspecialty. In fact, based on recent survey data, endocrinology training offers no salary advantage over general internal medicine, despite the two to three additional years of training required. This may help explain the gap between each gender’s interest in endocrinology; as with most things, just follow the money. “Research has shown that male internal medicine residents consider earning potential more highly than women do when selecting a subspecialty,” Pelley says. “Based on this, we would expect higher proportions of men in higher paid subspecialties and lower proportions of men in lower paid subspecialties, which is exactly what we see.”

Becker agrees that this could be the main reason males are abandoning endocrinology in greater numbers than women, since men tend to rank status and salary higher than women do in terms of choosing a career. “This is of course a very gross generalization,” she says, “but surveys have shown that men rank these job characteristics higher than women do.”

The gender wage gap in endocrinology disadvantages women (female endocrinologists earn $38,000–$66,000 less than males, depending on practice type) and, if the majority of endocrinologist are women, would therefore bring down median salaries for the specialty, potentially impacting income of both genders. Social science research confirms that workers in female predominant occupations earn less than male-predominant occupations of similar skill level, so male endocrinologists may also earn less as the specialty becomes female predominant. “Because male residents disproportionately select to train in specialties with higher salaries,” the study authors write, “this can create a vicious cycle. As fewer males enter the specialty, endocrinology will become more female-predominant, enhancing the effect of occupational gender segregation on salaries and further deterring male residents from choosing the specialty.”

Medicine, of course, has historically been a “men’s club.” Women are underrepresented in leadership roles and report being less satisfied with mentorship than their male counterparts. This underrepresentation of women in academic leadership could mean a lesser voice for endocrinology as a whole, according to the authors of “Female Physicians and the Future of Endocrinology.” If leaders in academic medicine continue to be drawn primarily from the male faculty pool, the likelihood of an endocrinologist in leadership will shrink as the number of males in the field decreases.

“We used to think the dearth of women in leadership roles was a ‘pipeline problem,’” Becker says, “that there simply weren’t enough qualified women to fill the pipeline and rise to leadership roles. That is no longer the case. Nevertheless, we see relatively few women heading endocrine divisions, departments of medicine, hospitals, or medical schools. So long as there is institutional, structural, and at times, personal discrimination against women, endocrinology as a ‘female-dominant’ discipline may suffer and lose influence within major academic institutions.”

Those women who do pursue endocrinology may be doing so because it affords them some flexibility in career choices and lifestyle, as well as the chance to work in women’s health spheres (many endocrine disorders affect women more than men), but they’re having a harder time climbing the proverbial ladder to leadership roles. Female physicians carry a much higher household and childcare workload than male physicians; on average, they work fewer hours than their male counterparts, but perform more domestic activities. “This likely impacts the early career trajectory of many female physicians,” Pelley says. “We live in an age where it is common to hear, ‘He’s a great dad — he really helps out with the kids and around the house.’ And yet, describing a female as a great mother because she ‘helps out with the kids’ still sounds absurd.”

What’s more, female physicians get hit with what Pelley and her team call “The Motherhood Penalty,” which hurts their chances to advance. Women training in medicine and trying to establish a career are often at the age when most women start having children and raising a family. “Survey results show that female physicians delay childbearing by seven years compared with the general population and also face increased rates of infertility,” the authors write.

“Research has shown that fictional job applicants — who are otherwise equivalent — are viewed (by evaluators of both genders) as less committed, less competent, and less likely to be candidates for promotion when they are noted to be mothers than when they are childless,” Pelley says.

Suggested starting salaries are lower for fictional “mothers” than for “fathers.” “Fathers” are deemed more committed than childless males and their suggested salaries are higher. “Clearly, the impact of parenthood on a worker’s perceived value differs by gender,” Pelley says. “If the majority of endocrinologists are women — and the majority of those are mothers — this cultural bias could hinder their advancement into leadership roles.”

In closing “Female Physicians and the Future of Endocrinology,” the authors write that this transition of endocrinology to a female-predominant subspecialty presents great challenges, as well as enormous opportunities. Chief among these challenges is the predicted increasing deficit of endocrinologists, especially as the prevalence of endocrine disorders like diabetes and obesity continues to climb. “This means that the shift to female predominance—and all of its concerning ramifications—will occur in the setting of an increasing endocrinology workforce shortage,” Pelley says.

“Individually, we need to work to attract the best and brightest to our field, irrespective of gender. As a Society, we need to support changes in practice and academia that allow for greater work-life balance and address gender bias. I hope this paper can serve as a stimulus for these changes.” – Carolyn Becker, MD, associate professor of medicine, Harvard Medical School, Boston, Mass.

As for opportunities, Becker says that she would like to see the Endocrine Society take this on as a major initiative – attracting more men to the field, while at the same time addressing the systemic and personal issues that hold women back from academic promotion and leadership. “We need to expand our mentoring and support for all trainees, but particularly for women who have fewer role models and may not see a way forward in academia.”

However, this doesn’t mean just opening more training slots, especially if those slots go unfilled. “We need to ensure we have a thriving workforce that will attract top talent of both genders to its ranks,” Pelley says. “Since it appears this workforce will be predominantly female, advocating for change that fosters the success of female physicians will be key to achieving these goals –and, therefore, to meeting the needs of patients now and into the future.”

Becker says that she hopes others find their study not only enlightening, but a call to action. “Individually, we need to work to attract the best and brightest to our field, irrespective of gender,” she says. “As a Society, we need to support changes in practice and academia that allow for greater work-life balance and address gender bias. I hope this paper can serve as a stimulus for these changes.”

– Bagley is the associate editor of Endocrine News. He wrote about the Early Career Forum highlights at ENDO 2016 in the March issue.

• Endocrinology will become a “female-predominant” subspecialty over the next few decades, a trend that predicts the continued shortage of endocrinologists overall.
• Women endocrinologists make less money than their male counterparts and are often held back from advancing in their careers because of perceived gender roles, which hurts the field of endocrinology overall.
• This trend presents many challenges and opportunities, and we need to find ways to attract talented physicians to endocrinology, regardless of gender.