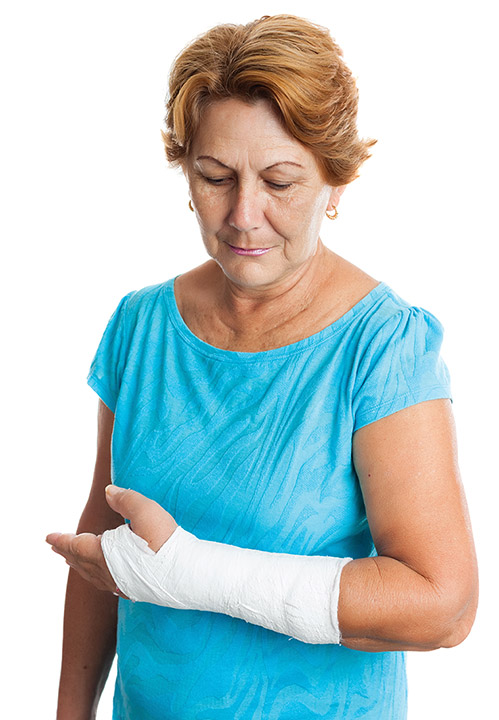 A care model that reduces fractures and reduces overall costs should be an easy sell — but osteoporosis experts face obstacles to introducing fracture liaison services in fee-for-service environments.

A cross-disciplinary outreach approach that ensures that patients over 50 who suffer a major fracture get evaluated for osteoporosis has been proven to reduce future fractures and reduce overall costs in single-payer countries and American HMOs.

And now a determined group of bone experts is set on spreading the fracture liaison service (FLS) model to more U.S. institutions and breaking down the barriers to its adoption in fee-for-service systems. The National Bone Health Alliance’s (NBHA) 20/20 vision program is aimed at reducing fractures by 20% by the year 2020.

Too often patients over 50 with major fractures are patched up and sent home with no consideration of the future, says endocrinologist Ethel Siris, MD, professor of medicine at Columbia University Medical Center in New York City: “Nobody thinks about preventing the next fracture because everybody is focusing on the patient getting better from the one that just happened. So a lot of these folks don’t get treated, and then they refracture.”

One reason these patients slip through the cracks is that the treatment crosses specialties — the orthopedic surgeon is the “fracture fixer” and the endocrinologist is the “next-fracture preventer,” Siris says. Many approaches have been tried to bridge this gap, but the FLS is the only one with proven results.

Big Reductions in Fractures and Costs

The approach seems simple enough — have a healthcare navigator intervene with patients in the hospital, make sure they understand that their fracture could be a sign of an underlying problem, and arrange for them to be evaluated. The model has had dramatic success in “closed,” HMO-style systems in which the institution benefits directly by avoiding future costs by keeping the patient healthy. Geisinger Health System estimates that the approach saved it $7.8 million from 1996 to 2000.

Kaiser Permanente Southern California estimates that it has reduced the expected hip fracture rate by more than 40%. If that success could be implemented nationally, Kaiser estimates it could reduce the number of hip fractures by more than 100,000 and save over $5 billion a year, according to David Lee, MPA, executive director of the NBHA. But a major obstacle to introducing the model in most fee-for-service U.S. healthcare systems is figuring out how to pay for a model that results in reduced costs down the road.

To identify ways to overcome the obstacles to FLS programs, the NBHA was part of a project funded by Merck involving three pilot sites testing information technology tools. One of these clinical sites was run by Robert R. Recker, MD, chief of the division of endocrinology and director of the Osteoporosis Research Center at Creighton University in Omaha. He says that at the start of the project his institution’s record was in line with the U.S. average of “only 23% of U.S. patients discharged from the hospital after treatment of an osteoporotic fracture actually getting a diagnosis or treatment.” The grant funded a nurse in the orthopedic department to receive training from the National Osteoporosis Foundation and then act as the fracture liaison. The liaison’s work led to an 80% increase in the number of patients who received the follow-up they needed. Since the funding for the pilot program ran out, the nurse strives to connect patients with the treatment they need. But she cannot continue with the same intensity because she must carry out her other duties as well.

Siris could implement a successful fracture liaison service at Columbia University Medical Center thanks to a grant from a local foundation. Siris hired a worker without any formal healthcare degree. Because Siris has been heavily involved in the movement to introduce the FLS concept to the U.S., she could provide the training herself. “The fracture liaison is not involved in the actual administration of care to those patients. She is involved in navigating them to care,” Siris says.

The fracture liaison, Tayra Keshinover, says, “I speak to all inpatients in the orthopedic service who are over 50 years old and who fell and broke a bone. I educate them about osteoporosis and link them to care at the osteoporosis center.”

“Nobody thinks about preventing the next fracture because everybody is focusing on the patient getting better from the one that just happened. So a lot of these folks don’t get treated, and then they refracture.” – Ethel Siris, MD, professor of medicine, Columbia University Medical Center, New York

Many patients think that falling and breaking a bone is just a normal part of aging, Keshinover says. They want to get the break treated and don’t want to deal with further doctor appointments. So an important part of Keshinover’s job is to explain that a fracture may not be an isolated, one-off occurrence but rather a sign of a deeper, systemic disease. “They don’t understand that they have a treatable disease like osteoporosis,” Keshinover says, so she needs to explain the implications and future risks, and how the disease can be treated. Explaining that they could end up back in the hospital with another break often gets their attention. Her fluency in Spanish helps in the patient population at Columbia.

Keshinover also enlists the cooperation of the orthopedists to overcome the tendency for patients to say that “they don’t want to deal with it right now, they will think about it later. Patients trust their orthopedic surgeons, so if an orthopedist gives them a little nudge, and says this is really important that you go to this appointment, it really helps.”

After patients have been discharged, Keshinover continues to stay in touch with them to make sure they come to follow-up appointments to be evaluated and have their bone mineral density tested. “I work with the practice managers in both the clinic and the private offices to get the patients through in an orderly and timely manner,” Keshinover says.

Siris says that their follow-up rate on such patients was “close to zero” before implementation of an FLS and is now about 25%. The foundation has been so pleased with the results that it is funding another half-time person. “It sounds like a simple concept, but it requires a lot of work by the fracture coordinator to get these folks to come back,” Siris says. The physicians in the orthopedic department realize this and have been delighted that Siris’ department has taken the lead in providing the follow-up.

One recent change that is helping to get more patients covered is the expanded definition of osteoporosis beyond reliance on T-scores that was recently proposed by NBHA and endorsed by a large number of medical societies. The new diagnostic criteria include most patients hospitalized after a fragility fracture and have expanded the patient population that many insurers are willing to cover (see December 2015 Endocrine News). NBHA is also working on understanding how institutions can take advantage of new payment codes that could help support the salary of FLS coordinators. Lee says that as healthcare reform moves forward and “carrots and sticks continue to kick in,” institutions may soon find themselves behind the times and facing penalties without an FLS providing preventive care.

“There is not much debate about whether these patients are at high risk. They need treatment, and in the past we haven’t done a good job of getting them in and treated. Now we have a mechanism that is proven to work. It reduces future fractures. You have to convince your hospital administration that it is worth doing,” Siris says.

— Seaborg is a freelance writer based in Charlottesville, Va. He wrote about the Endocrine Society’s Clinical Practice Guideline on menopause treatment in the March issue.