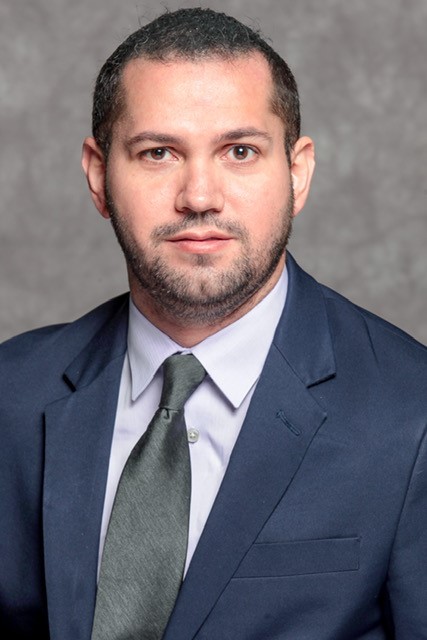 An impassioned and vocal member of the Endocrine Society, Ricardo Correa, MD, EdD, talks to Endocrine News about his research, outreach to potential Latinx endocrine scientists, the importance of addressing health disparities, and how a trip to the endocrinologist when he was a teenager changed his entire life!

As we celebrate Hispanic Heritage Month from September 15 to October 15, we would like to highlight the remarkable career of one of our members, Ricardo Correa, MD, EdD, a native of Panama, who shares his passion for endocrinology, inclusion, and education with everyone he meets.

When he was only six years old, Ricardo Correa, MD, EdD, FACP, FAPCR, FACMQ, told his mother that not only did he want to become a doctor, but a doctor that in somehow makes a contribution to the whole world.

Then at age 13 he saw an endocrinologist and as he told Endocrine News in 2016, that visit changed his entire life. “The hormonal world started to become something more important in my daily life and my love for medicine developed and intensified,” he wrote. “By the age of 15, I started reading about cellular biology and I figured out that hormones, in any of their forms, are how our body communicates.”

That eager little boy from Panama did grow up and become an endocrinologist; Correa is the program director of the endocrinology, diabetes and metabolism fellowship and director for diversity in graduate medical education at the University of Arizona College of Medicine. He also is staff clinician and researcher at Phoenix V.A.M.C. and serves as faculty for the Mayo School of Medicine, Mayo Clinic-Arizona, and Creighton University.

If you think simply entering adulthood dampened Correa’s enthusiasm that so possessed him as a boy growing up in Central America, then you have obviously never met Ricardo Correa! After having been FLARE intern on the Endocrine Society’s Trainee and Career Development Core Committee in 2016, Correa when on to serve on the Publications Core Committee for a three-year term, is currently part of the Adrenal and Pituitary Special Interest Group and serves on the Clinical Endocrine Education Committee.

Correa talks to Endocrine News about his life’s journey that has been inspired by his passion for endocrinology, his own research, and his ideas for bringing more Latinx scientists to the bench.

I celebrate the Hispanic Heritage month because the Latinx Community has contributed a lot to this country. From being on the frontlines in many jobs to being scientists and physicians who are making significant changes in the way we deliver healthcare to patients. I am proud of my heritage and proud of the things that we are developing. My hope is that more Latinos join us in our effort to grow our endocrine physician-scientist community.

Endocrine News: How did the journey that brought you here today begin? Specifically, how did you choose endocrinology.

Ricardo Correa: Since I was a kid — 6 years old, according to my mom — I wanted to become a physician so I could change the lives of others. When I was 13, I visited a pediatric endocrinologist and fell in love with hormones. In the conversation with that doctor, I found that there was a connection between cells that I wanted to study, and that hormones are more just that simple signals but a conversation between two different types of cellular structures.

My decision was made. I continued my pathway with that goal in mind to become an endocrinologist. I entered medical school and from my first semester I showed an interest in biochemistry and how to better understand the molecular structure of hormones and how it can be modified. I was lucky that my mentor/advisor in medical school was also my biochemistry professor who was an endocrinologist. With him, I learned how to translate issues that occur in the lab to the clinical area. Finally, after finishing medical school, I continued my career with the goal of helping people with endocrine conditions. Because there were no endocrine fellowships in Panama, I came to the U.S. to train.

It was not an easy pathway due to multiple factors including the language barrier, but I left my home and came to America to follow my dream. I finished internal medicine at the University of Miami/Jackson Memorial Hospital and then entered the National Institutes of Health (NIH) to complete my endocrinology, diabetes, and metabolism fellowship. At the NIH (for me the perfect place to train), I developed a special interest in neuroendocrine and adrenal problems and devoted by third year in that area. My mentors at the NIH guided me on how to approach complex patients and how to perform clinical research. As someone coming from a country where there was not a lot of clinical research, I was impressed by how research and endocrine medicine were related. For me, endocrinology is the perfect combination between science and medicine.

After finishing at the NIH, I went to Brown University where I started working on healthcare disparities in endocrinology, mainly with the Latinx community and diabetes. I was able to work in an underserved clinic and establish a peer support program to help the community. From there, I moved to the University of Arizona College of Medicine-Phoenix and the Phoenix VAMC to continue my career. I am now the program director for the fellowship. I love training the next generation of endocrinologists and sharing my passion for hormones with others. During this time and because of my passion fostering underrepresented minorities in medicine, I was named the director for diversity on graduate medical education.

As someone coming from a country where there was not a lot of clinical research, I was impressed by how research and endocrine medicine were related. For me, endocrinology is the perfect combination between science and medicine.

I now have a job that combines my clinical passion with my research interest and my educational activities. On top of that, I can also change a little bit of my community by working on health equity in the Phoenix Valley.

EN: What is the main area of research of your lab?

RC: I have created a research team with one of my colleagues, Karyne L. Vinales, MD, that focuses on several areas of endocrinology. We have one research project that involved the adrenal gland, including new drugs for hyperaldosteronism, the consequences of long-term mild autonomous cortisolism, among others. We have also been working on transgender health and the cardiovascular outcomes of hormone-reaffirming therapy (HRT). In addition to studying the relationship between HRT and cancer, our team also works closely on healthcare disparities of underserved populations, especially in Latinx communities (e.g., the implementation of a peer support program to decrease diabetes in the Latinx population). This focus reflects our interest of creating a structure with students, residents, and fellows that can support our endeavors.

EN: What can institutions/organizations do to foster interest in scientific careers among Hispanics?

RC: Institutions should focus on mentoring more Hispanics in science. If there are more Latinx scientists, then new people will come. We need to see that scientists look like us and we will growth diversity. Currently, we see very few Latinx endocrine scientists. I understand that sometimes other issues like immigration status can affect the pursuit of a physician-scientist’s career, but we need to figure out how everyone can pursue their dreams and apply for grants regardless of whether they’re on visa or not. I would like for institutions to care more about producing strong research regarding health disparities. This, alone, would bring in more Latinx patients as subjects in clinical trials. At this time, there is reluctancy due to prior episodes in medicine and the only way of changing it is if more principal investigators are from the same culture and can explain the processes and the procedures to the patient in their native language.

Institutions should focus on mentoring more Hispanics in science. If there are more Latinx scientists, then new people will come. We need to see that scientists look like us and we will growth diversity.

Finally, I would like to say that I celebrate the Hispanic Heritage month because the Latinx Community has contributed a lot to this country. From being on the frontlines in many jobs to being scientists and physicians who are making significant changes in the way we deliver healthcare to patients. I am proud of my heritage and proud of the things that we are developing. My hope is that more Latinos join us in our effort to grow our endocrine physician-scientist community.

Correa wrote in Endocrine News in 2016 that he chose endocrinology because he wanted to excel at research while also being a clinician and educator, adding that “there is no other area of medicine that can combine these three skills in such a perfect way.”