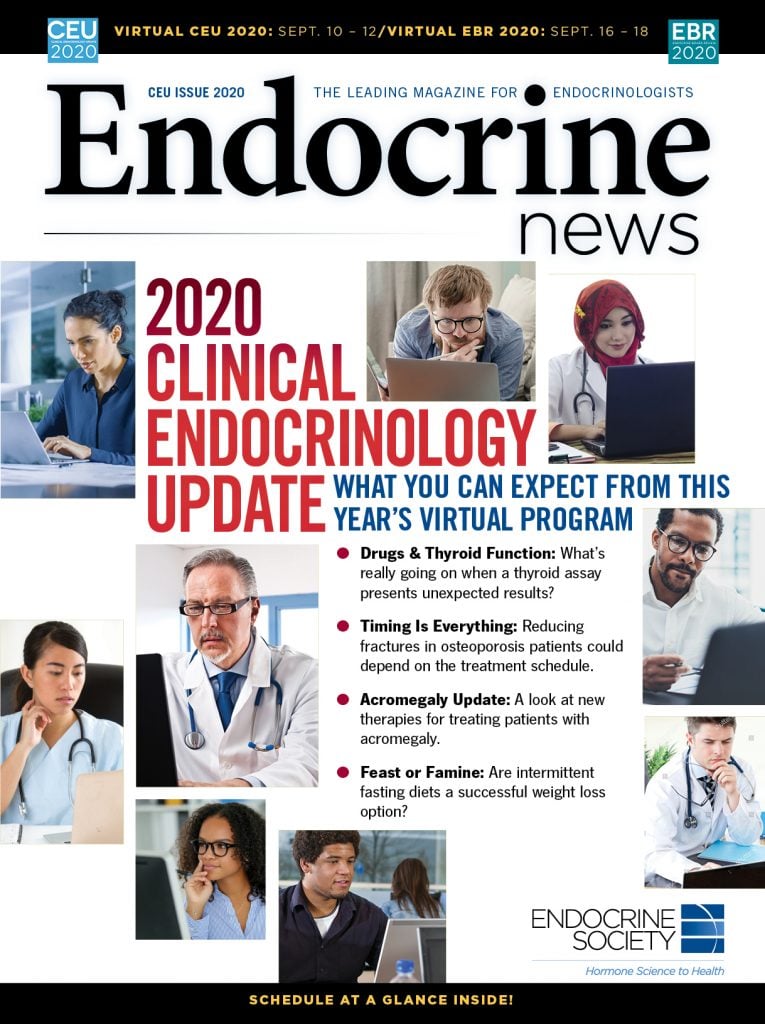 More than simply the latest weight-loss fad, intermittent fasting diets have been shown to be an effective weight loss method. Krista Varady, PhD, discusses her CEU session “Does When You Eat Matter for Weight Management?” and how patients have responded to these programs with varying degrees of success.

New approaches to weight loss proliferate at a rate that can be hard to keep up with. There is no doubt that finding a reliable path to losing weight is important in a country with an obesity rate of 40%.

A quick search of the internet for the many diets finds: Atkins, DASH, flexitarian, intermittent fasting, Jenny Craig, keto, low-carb, low-fat, Mayo Clinic, Mediterranean, Ornish, paleo, plant-based, raw food, ultra-low-fat, vegan, vegetarian, volumetrics, WW (formerly Weight Watchers), and Zone. With apologies to the many others that we may have been missed.

Intermittent fasting plans are relative newcomers that have been trending upward in popularity in recent years, increasing the likelihood that physicians will need to answer patients’ questions about whether these diets are safe and effective.

An expert who has conducted some of the leading research on intermittent fasting will be one of the presenters at the Endocrine Society’s Clinical Education Update in September. Krista Varady, PhD, is a professor of nutrition at the University of Illinois, Chicago, whose research focuses on the efficacy of intermittent fasting for weight loss, weight maintenance, and cardio-protection in obese adults.

The Meaning of Intermittent Fasting

She notes that intermittent fasting is an umbrella term for at least three different types of diets: time-restricted feeding, alternate-day fasting, and the 5/2 diet.

Do the Diets Work?

They found that alternate day fasting was not superior to daily calorie restriction in terms of adherence to the diet, weight loss, weight maintenance, or measures of cardioprotection.

“You can’t lose weight unless you calorie restrict. So these diets are basically  fooling people into calorie restricting. There is nothing magical about them. They are kind of like modified calorie restriction diets.” -Krista Varady, PhD, professor of nutrition, University of Illinois, Chicago, Ill.

Varady says that most people had a hard time adhering to the alternate-day approach. The patients in this group ate more than prescribed on fasting days and less than prescribed on feast days, whereas those in the daily calorie restriction group generally met their prescribed intake goals.

Varady’s team published a study in Nutrition and Healthy Aging in 2018 investigating the effects of an eight-hour restricted feeding window. In the 12-week study, 23 subjects with obesity were permitted to eat as much as they wanted from 10:00 a.m. to 6:00 p.m., then asked to refrain from eating the other 18 hours of the day. The researchers compared weight loss and other outcomes against a matched control group.

Varady says that the subjects lost “eight to nine pounds in three months. The reason that they lost the weight is that they naturally calorie restricted without calorie counting. They ended up calorie restricting by about 300 calories per day.”

In a two-month study that came out in Cell Metabolism in July, Varady and her colleagues tested whether shortening the eating window to four or six hours would make a difference in participants with obesity. Although there was little difference between the four- or six-hour windows, compared to previous studies of the eight-hour window, the participants did decrease their caloric intake by about 500 calories a day, which was more than in the eight-hour window studies. “We also saw some nice changes in metabolic disease risk, such as decreases in insulin resistance and oxidative stress,” Varady says.

It’s All About the Calories

Participants in Varady’s time-restricted eating studies have lost roughly half a pound a week.  “Intermittent fasting does work, but it is slower than normal calorie restriction,” Varady says. “The benefit of it is people will probably be able to stick to it longer because they really like it. Our subjects tell us that they are going to continue it after the study is over because it is easy to incorporate into their lifestyles.”

“Intermittent fasting does work, but it is slower than normal calorie restriction. The benefit of it is people will probably be able to stick to it longer because they really like it. Our subjects tell us that they are going to continue it after the study is over because it is easy to incorporate into their lifestyles.” -Krista Varady, PhD, professor of nutrition, University of Illinois, Chicago, Ill.

“With daily calorie restriction diets, people get so sick of the diet because you always have to vigilantly monitor what you are eating by recording it in an app on your phone, in food records, or that type of thing. People get so burnt out doing that. This is a diet that helps people lose weight and restrict their calories without [thinking about it.].” She plans to test the hypothesis that people can stick with a time-restricted diet in a study that will follow patients for a year.

The entire Clinical Endocrinology Update program is being delivered virtually September 10 – 12, 2020. Varady’s presentation, “Does When You Eat Matter for Weight Management?”, will be an on-demand, recorded session.

Seaborg is a freelance writer based in Charlottesville, Va. In the July Endocrine News, he wrote about the effectiveness of using estrogen to treat male COVID-19 patients.