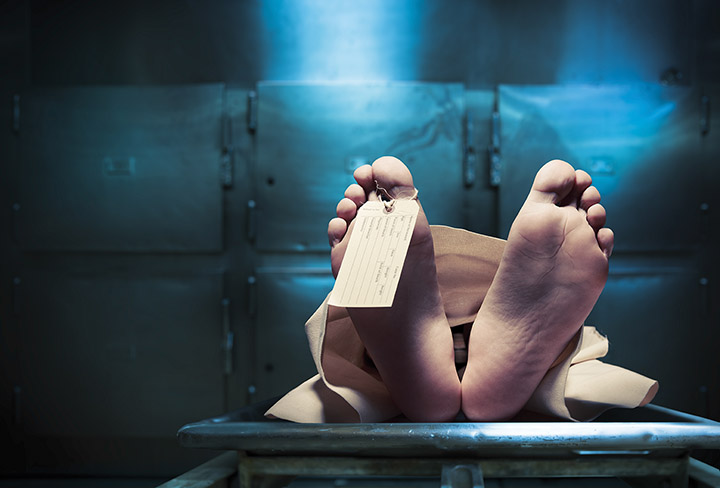 Estimates for medical error mortalities seem to get higher with each report that is released.

A 1999 study by the Institute of Medicine claimed that 98,000 people die in the U.S. each year due to mistakes during medical care. About a decade later, the Office of Inspector General for Health and Human Services reported that 180,000 Medicare patients die from hospital mishaps per year, and that’s just a fraction of all patients who died during medical care.

Then, in 2013, research published in the Journal of Patient Safety estimated between 210,000 and 440,000 deaths from avoidable medical errors annually — positioning these mistakes as the third-leading cause of death in the U.S. While it is a generally accepted fact that a substantial number of deaths occur from preventable medical mistakes, it is a difficult issue to measure. Barriers to research continue to hinder these studies, including failure to report errors and inconsistencies in patient records. No one can be entirely certain of the correct figures because of such obstacles.

Nonetheless, the 210,000 to 440,000 range from the Journal of Patient Safety is frequently cited across literature, and experts consider the research methods behind it to be sound. The estimate may not off er a precise number, but it clearly demonstrates cause for concern. Even at the lowest number of 210,000 deaths annually, medical errors would still fall below only heart disease and cancer as the top killers in the U.S.

What Is a Medical Error?

One of the greatest challenges in determining the number of deaths caused by mistakes during treatment is actually defining the term “medical error.”

A study in the Canadian Journal of Surgery argued that, “a lack of standardized nomenclature…[has] hindered data synthesis, analysis, collaborative work, and evaluation of the impact of changes in healthcare delivery.”

Without consensus on definition, each study might be categorizing incidents as errors based on vastly different criteria. Thus, the authors aimed to develop wording that would provide “a clear, comprehensive, and universally accepted definition of ‘medical error’ that explicitly includes the key domains of error causation and captures the faulty processes that cause errors, irrespective of outcome.”

The authors emphasize the importance of focusing on the origins of medical errors, which they imply stem from systematic downfalls (i.e., issues with processes). When there is a systematic issue, mistakes are likely being made far more often than the few times they may lead to death or harm.

So, they proposed the following definition for medical error: “an act of omission or commission in planning or execution that contributes or could contribute to an unintended result.”

The result of a mistake could be nonthreatening to a patient’s life but would still be considered a medical error according to this defi nition. Not all medical errors lead to death, of course. But even in the absence of harm, it is important to include missteps with the potential to cause damage.

Unfortunately, as the slip-ups that do not lead to death or injury likely go unnoticed, no strong estimates of total healthcare blunders exist.

A number of common errors have been identified as those that could (and sometimes do) result in death or harm. For example, the Institute of Medicine says that about 1.5 million people suffer from a medication mistake every year — meaning that a patient receives the incorrect dose, the wrong drug, has a negative reaction, or encounters a bad drug combination.

In 1995, Betsy A. Lehman, an award-winning writer for The Boston Globe, died from a massive overdose of two chemotherapy drugs. Her passing gained substantial press — perhaps due to her role as a prominent health reporter — and brought medication errors into the public eye.

Other frequent issues include: unnecessary blood transfusions that may lead to infection, incorrect diagnosis, mistakes while performing a procedure or operation, and failure to act on the results of a test in a timely manner — among numerous other categories.

Another oft-mentioned error is wrong-site surgery. An x-ray fi lm might be mislabeled, and a surgeon could amputate the wrong leg. Marking the surgical site and making the patient a part of this process — in addition to multiple checks of information before operating — have reduced such incidents. Still, a survey by the Joint Commission for Accreditation of Healthcare Organizations (JCAHO) claims that wrong-site surgery still occurs 40 times a week in the U.S.

During the past several decades, certain instances of error have led to systematic changes in hospitals. Among these cases, anesthesia stands out as a prime example.

Anesthesia-related mortalities dropped from approximately one in 10,000 to one in 200,000 in the early 1980s after an exposé aired on the TV show 20/20 called “The Deep Sleep: 6,000 Will Die or Suffer Brain Damage.” The story highlighted the deaths of several patients who passed away under anesthesia due to mistakes such as placing an endotracheal tube in the esophagus rather than the trachea. Now, patients undergo pulse oximetry and end-tidal carbon dioxide monitoring while anesthetized. The incidence of anoxic brain injury and other serious complications have dropped dramatically as a result.

The Institute of Medicine report titled “To Err Is Human” points out that multiple
converging factors lead to medical errors, despite the instinct to blame a singular
person when a mistake occurs.

“People working in healthcare are among the most educated and dedicated
workforce in any industry,” the report states. “The problem is not bad people; the problem is that the system needs to be made safer.”

Like the study in the Canadian Journal of Surgery, the Institute of Medicine explains that mistakes occur as a systematic failure, not an individual failure.

There are several primary types of errors that occur in healthcare systems. Knowledge-based errors take place when the provider does not have the training or resources to prevent a mistake. A medication might be prescribed without awareness of a negative interaction with another drug a patient is taking.

Rule-based errors come into play when a rule is applied incorrectly or not applied at all. Such mistakes could also be due to badly formulated rules. Without clearly articulated procedures in place, social scientists have found that individuals may end up with faulty interpretations.

Action-based errors, or “slips,” can be as simple as a pharmacist accidentally grabbing the wrong bottle off a shelf. Anytime the wrong button is accidentally pushed on a piece of equipment, it is an action-based error. The intention and knowledge to complete a task correctly is there, but some unintentional action occurs that results in a potentially dangerous mistake.

Finally, memory-based errors happen when a provider simply forgets an essential fact for treating a patient, like whether or not they are allergic to penicillin. Lapses in memory are human, but systemic safeguards can be put in place to avoid grave consequences in the healthcare realm.

The categories of error come from human behavior research in relation to the workplace and apply across many fields, not just medicine. In addition to providing a better understanding of the types of mistakes that occur, such studies also propose helpful solutions.

With the advent of electronic health records (EHR), a number of computerized fail-safes can be exercised to avert mistakes.

The Carnegie Mellon University Living Analytics Research Centre investigated the ways in which EHRs aff ect patient safety and discovered that the use of electronic records has led to a 27% drop in aggregated patient safety events. Th e areas of improvement included 30% fewer medication-related mistakes and a 25% decline in negative events involving tests, procedures, or treatments.

Several similar studies have also found that the automatic alerts and thorough documentation provided by electronic record soft ware substantially reduce medical errors. These promising numbers account for some of the pressure to adopt EHR systems and meaningful-use requirements.

While EHR systems appear to be a boon for reducing mistakes, they cannot eliminate 100% of hospital mishaps. The U.S. Department of Health and Humans Services (HHS) outlines a few additional strategies for preventing errors in the long run.

The first tactic involves adjustments to organizational culture. The HHS encourages hospitals to “adopt a culture that eliminated the blame and shame associated with medical errors.” If employees realize that they are unlikely to be punished by the administration for an understandable human error, then they are more likely to report blunders. This data can then help identify the issues in the systems that are allowing mistakes to happen.

The second method focuses on leadership. Leaders at hospitals need to actively engage staff and put the proper procedures in place to implement such initiatives. HHS recommends routine visits to clinical units by senior staff members to discuss safety issues.

Finally, educating providers about the root causes of error has also proven key to reducing mistakes. Again, data collected about an adverse event can highlight failures in the system. By making medical staff aware of these potential pitfalls, they are better equipped to avoid them.

It may take several years before current and reliable research is released on medical errors, but deaths related to these mistakes seem likely to drop. Whether human or machine, no system is faultless, yet new technology and policies are helping to make patient safety better than ever.

Mapes is a Washington, D.C.-based freelance writer and a regular contributor to Endocrine News. She wrote the October cover story on transgender treatment issues.