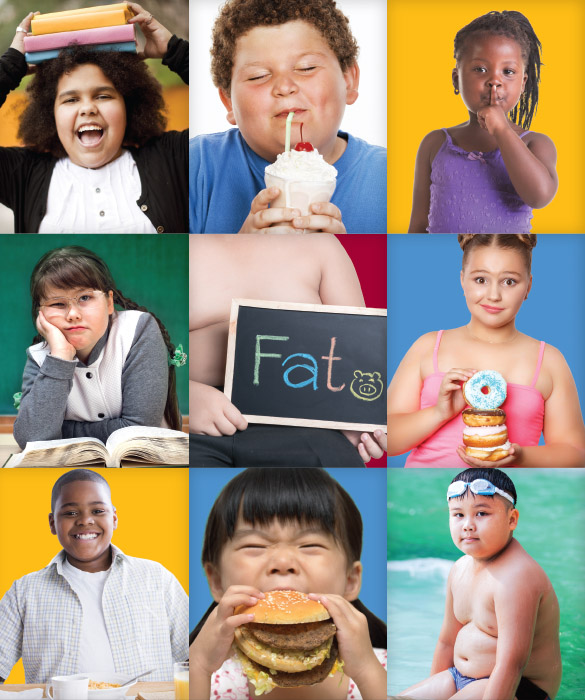 With annual healthcare costs into the billions of dollars each year, childhood obesity has literally reached critical mass. Fortunately, new studies reveal underlying causes and contributors to this burgeoning epidemic as well as possible options to reversing this frightening trend.

According to the Endocrine Society’s Facts and Figures report on Obesity, 16.9% of U.S. children age 2 to 19 years are obese, having a body mass index (BMI) at or above the 95th percentile for age and sex, while a staggering 31.8% are overweight, having a BMI between the 85th and 94th percentiles.

Researchers estimate that childhood overweight and obesity cost $14.1 billion annually in prescription drugs, emergency department visits, and outpatient visits, and incidence has progressively increased since the 1980s. Two recent studies have uncovered some of the mechanisms underlying the pathogenesis of childhood obesity and may point a way forward for reversing this trend.

In “Decreased Circulating Levels of Spexin in Obese Children,” published in the Journal of Clinical Endocrinology & Metabolism, Seema Kumar, MD, of the Mayo Clinic in Rochester, Minn., and team started off from where previous studies left off to examine the role of spexin, a hormone discovered in 2014 to be expressed in multiple tissues (e.g., skin, digestive, nervous, endocrine) throughout the body and to reduce adipocyte uptake of long-chain fatty acids, thereby helping to regulate energy homeostasis. Because the gene that encodes spexin is known to the most downregulated gene in obese human fat, earlier studies hypothesized that it likely plays a role in obesity pathogenesis. However, Kumar and team are the first to look at spexin in children. “Overall, our findings suggest spexin may play a role in weight gain, beginning at an early age,” she says.

The team retrospectively compared circulating spexin levels in 51 obese adolescents ages 12 to 18 years to those of 18 normal-weight peers (all of whom had been recruited for an unrelated trial in 2008–2010 to examine the effect of vitamin D3 on 25(OH)D levels and cardiovascular risk markers).

The 69 participants were divided into four groups based on spexin level. The odds of being obese in the group with the lowest level of spexin was more than five times higher than in the group with the highest level. Thus, similar to findings in adults, obese children demonstrated significantly lower levels of spexin than their normal-weight counterparts. Unlike in adults, however, spexin levels did not correlate with cardiometabolic risk factors, possibly due to exclusion criteria such as high glucose levels in the vitamin D study of children.

This pediatric study is only the second human study of spexin, following the 2014 study of spexin in adults. “This is a very preliminary study, and we do not yet fully understand its physiological significance, but it does seem to suggest that the hormone spexin is involved in regulating body fat mass and energy balance from early on,” Kumar explains. Future studies, in fact, may investigate role of spexin among a younger cohort of children.

“Our long-term goal is to determine which genes in gut bacteria are affecting our metabolism and whether we can manipulate those genes to prevent or treat early-onset obesity in the future.” – Nicola Santoro, MD, PhD, Yale University School of Medicine, New Haven, Conn.

As for how spexin might be employed therapeutically, more studies are needed, but spexin’s future looks promising. “We are currently doing further studies to better understand the relationship between spexin and childhood obesity. It is very early on, but, in rats, we know that giving spexin leads to decreased food intake and weight loss. Further studies are needed to explore if any therapeutic benefit of spexin for obesity and related cardiometabolic disorders,” Kumar says.

Increasingly, researchers are focusing on what role the more than 1,000 species of microorganisms in the gut play in human function, particularly, digestive function. Although commensal bacteria are necessary to metabolize certain compounds essential to humans such as folic acid, an association between the composition of the gut microbiota and human adiposity in adults has been discovered, and this association raises many questions, such as whether a similar association is demonstrated in pediatric populations and what the exact mechanisms are.

In “Role of Gut Microbiota and Short Chain Fatty Acids in Modulating Energy Harvest and Fat Partitioning in Youth,” also published in The Journal of Clinical Endocrinology & Metabolism, a team led by Nicola Santoro, MD, PhD, at the Yale University School of Medicine in New Haven, Conn., set out to answer some of these questions. “The problem is, which species of bacteria are there and how is a change in the composition of the bacteria in the gut going to affect human metabolism?” Santoro says.

OnPoint from the Endocrine Society

On February 1, the Endocrine Society published a Clinical Practice Guideline advising healthcare providers the best methods for preventing and treating childhood obesity using lifestyle changes. A full-length article on this new publication is planned for a future issue of Endocrine News. The full text of this guideline is available online.

To find out, the team measured body fat partitioning and fasting plasma short-chain fatty acids (SCFAs) in 84 children and adolescents age seven to 20 years, 15 of whom were nonobese (BMI < 85th percentile), seven overweight (BMI 85th–94th percentile), 27 obese (BMI 95th–99th percentile), and 35 severely obese (BMI > 99th percentile), over a two-year period beginning in 2013. They found the gut microbiota of obese children to house several distinct bacterial communities (Escherichia, Shigella, Clostridium, Prevotella, Faecalibacterium, Roseburia, Bifidobacterium, and Blautia) more abundantly than in their lean counterparts and that the presence of these communities correlated significantly with plasma SCFA concentrations, due to these species’ ability to more efficiently metabolize carbohydrates. Importantly, they also demonstrated that the higher levels of SCFAs in obese children led to production of hepatic fat and weight gain.

You Are What You Eat

Although what accounts for differences in the composition is not entirely clear, researchers believe that these variances arise exogenously. “The diet seems to have an important role in shaping the composition of the bacteria,” said Santoro. However, the solution may not be so simple as deliberately targeting certain gut flora or administering probiotics because the overall composition remains more or less stable. Even when an individual takes antibiotics and disrupts his or her microbial composition, the disruption is temporary–in about a week, the gut microbiota resets itself.

“We are currently doing further studies to better understand the relationship between spexin and childhood obesity. It is very early on, but, in rats, we know that giving spexin leads to decreased food intake and weight loss. Further studies are needed to explore if any therapeutic benefit of spexin for obesity and related cardiometabolic disorders.” – Seema Kumar, MD, Mayo Clinic, Rochester, Minn.

“Our long-term goal is to determine which genes in gut bacteria are affecting our metabolism and whether we can manipulate those genes to prevent or treat early-onset obesity in the future,” Santoro says. The group is also currently investigating which specific foods nourish the “bad” bacteria and expect to publish their findings early in 2017.