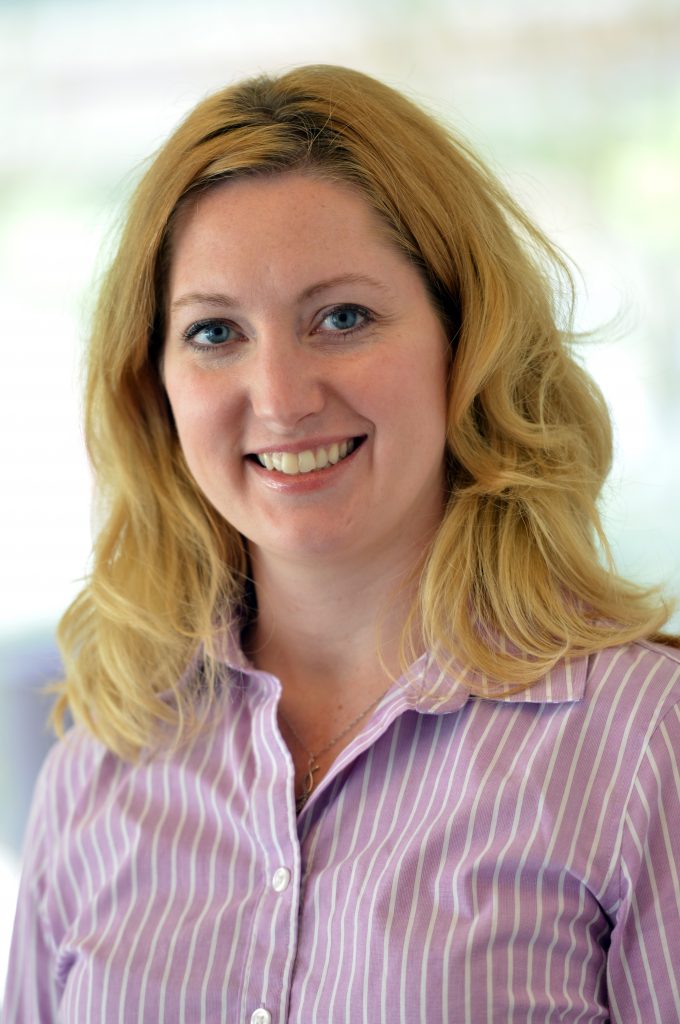 Pediatric endocrinologist Stephanie Sisley, MD, at the Texas Children’s Hospital in Houston talks to Endocrine News about her research looking at genetic causes of obesity in children and why diet and exercise are simply not enough for these patients.

For children and adolescents between the ages of 2 and 19 years, the prevalence of obesity is 18.5% — affecting a staggering 13.7 million, according to the Centers for Disease Control and Prevention (CDC). As the incidence continues to rise, treatment has mainly focused on changing the child’s diet and exercise habits.

Stephanie Sisley, MD, a pediatric endocrinologist at Texas Children’s Hospital in Houston, is taking steps to expand the focus to the rare genetic causes of severe obesity.  According to Sisley, in children and adolescents, severe obesity is defined as at or above 120% of the sex-specific 95th percentile on the CDC BMI–for-age growth charts. She estimates 5%–10% of all severe obesity may be caused by genetic disorders such as melanocortin-4 receptor (MC4R) deficiency, proopiomelanocortin (POMC) deficiency, Bardet Biedl Syndrome, and Prader Willi Syndrome.

Endocrine News talked with Sisley to learn more about her efforts to showcase these genetic causes, and the work she’s doing to ease the trend of childhood obesity.

EN: With 5%–10% of severely obese children who may be linked to genetic factors, how common is it for a pediatrician to refer the child to an endocrinologist?

Sisley: Most of the time, it depends on how the child is presenting. A child that is presenting as a normally developing child — talking on time, meeting all their milestones on time, and is just gaining weight rapidly — the pediatrician will probably start talking about diet and exercise changes. Where a child gets referred is going to be dependent on where a pediatrician practices; there are certain places in the country where endocrine has a big presence in obesity. There are other parts of the country where it’s general pediatrics or a gastroenterology division. In a child having developmental difficulties, those kids get referred pretty quickly to genetics. That’s a more common presentation that a pediatrician is aware of.

EN: Do you think most pediatricians understand the aspect that a patient’s severe obesity can be linked to a rare genetic disorder?

Sisley: When I said 5% – 10% of severe obesity was likely genetic, that’s true. Except within that range, you’re talking about anywhere from 20 to almost 80 disorders. While there are a couple disorders that are actually more common, a lot of them are extremely rare. So, it takes years of specialized training in genetics or obesity to be able to distinguish between these very rare diseases. It’s not part of a pediatrician’s training to be able to identify all these different disorders.

When a child is developmentally delayed and obese, those are big red flags. What I think is missing in a lot of pediatrics training is what to do with children who don’t have cognitive deficits. Those are kids who may not get flagged by a pediatrician because either they’re actually not aware of these super-rare disorders or because the child isn’t presenting in the classic way.

For instance, for POMC Deficiency most pediatricians have been taught that if you’re obese and have red hair, that’s the red flag for POMC Deficiency. But red hair has not been shown to be found in people who aren’t Caucasian necessarily, so if you’re Hispanic or African American, you may not have red hair. And the other thing is, if you’re older than two or three, your red hair may have actually turned brown. So, if you happen to see them at age six, maybe they don’t have the red hair anymore. A pediatrician isn’t aware of those minute changes because they haven’t been trained in all these specific details of all these different types of syndromes.

EN: Can you explain the role that MC4R plays in obesity? It impacts the satiety signal?

EN: For children who may have impaired MC4R signaling due to rare genetic disorders, it’s not enough to have diet changes or increased exercise, so what’s their course of treatment?

Sisley: Unfortunately at the moment, there is no treatment for them.

EN: Tell us more about the clinic at Texas Children you’re working to open to address these genetic disorders.

Sisley: We’re in the beginning stages of setting up a clinic where toddlers with obesity can be referred and I’ll be the staff endocrinologist and there will be a geneticist. We will just assess whether the child potentially has a disorder and then be able to do the genetic testing. Ordering genetic testing is very difficult. There’s a lot of insurance loopholes to figure out what will be covered, and these tests are very expensive. The last thing you want is to do a test on a child and then have the parent come back to you with a $3,000 bill. So, this would allow for the pediatrician not to worry about that and we would help with whatever testing needs to happen. And in probably 95% or more of these children, we won’t find any genetic cause.  However, then we can send them back to their pediatrician for continued management without the family or pediatrician being concerned that “something” has been missed.

EN: When children are diagnosed with a rare genetic disorder of obesity like MC4R deficiency, what’s the long-range goal for this population?

Sisley: Because these disorders are rare, there’s not a lot of data on using any medications, even those that are available off-label. We don’t have access to any anti-obesity medications in the pediatric world right now, unfortunately, but in the adult world there are about six FDA-approved medications for obesity. Some of these medicines may actually be somewhat effective for some people. So the more that we can know how many people are affected, we can start to phenotype them more and start to publish studies to spread the information.

For instance, drugs that are not approved at all for obesity but are approved in children and are used all the time are the stimulants for ADHD, like Adderall, Vyvanse, and Ritalin. However, one of the main side effects of these medications is decreased appetite. Vyvanse is actually approved in adults for binge-eating syndrome. Any parent who has their child on an ADHD medication can tell you that they struggle with keeping the weight on because people don’t eat on these medications. So, in our Texas Children’s center we’ll have the infrastructure to do research and clinical trials on the effect of medications in patients with these rare disorders — even if it is only two or three patients — and it will give us this type of information.

Since utilizing currently available drugs off-label can create ethical dilemmas for physicians, performing the clinical research to determine if drug “A” works, even if it only works half as well as it normally would, is really important.  Bottom line is that over time, we need to give these families something better than just “diet and exercise.”  They have deficiencies in the regulation of their body weight and like any other medical disorder, we need to find treatments that help solve the problem.  That’s what I’m excited to hopefully be a part of.

—Glenda Fauntleroy Shaw is a Carmel, Ind.-based freelance writer and a regular contributor to Endocrine News.