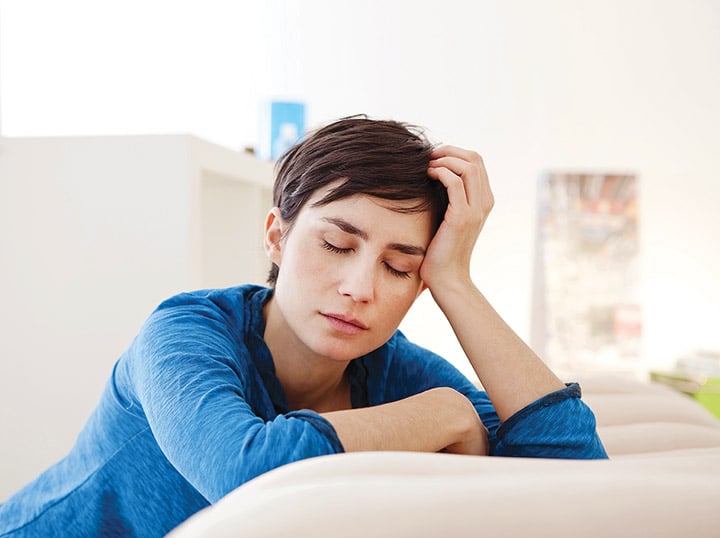 Guidelines are skeptical about adding liothyronine to levothyroxine as a treatment for hypothyroidism, but some patients are convinced that the combination works better for them.

Your hypothyroid patient complains that she still does not feel well despite taking levothyroxine (LT4). She has been researching on the Internet, and has read many accounts from patients in her situation who say that they feel much better when their doctors add another thyroid hormone “called T3 or something…”

So, you face a dilemma. You have based her treatment on the American Thyroid Association (ATA) guideline that says that levothyroxine (LT4) is the standard treatment. And clinical trials have not found a benefit in adding liothyronine (LT3).

LT4 became the treatment of choice following the discovery that the thyroid primarily makes the prohormone thyroxine (T4), which tissues around the body convert into the active hormone, triiodothyronine (T3). T4 has a half-life of a week or so, while T3’s half-life is less than a day. It has worked for most patients to take T4 and let the body do the conversion—except for some 5% to 10% of patients who say it doesn’t work for them. Is there a problem in giving them LT3 as well?

Four thyroid experts interviewed by Endocrine News all called this combination therapy controversial — but not one of them would refuse to give it a try in an appropriate patient who requested it.

“It is true that levothyroxine has been used for decades and the overwhelming majority of patients are satisfied, but a significant minority are not satisfied,” says Douglas S. Ross, MD, professor of medicine at Harvard Medical School and co-director of Thyroid Associates at Massachusetts General Hospital in Boston. “Why not attempt to mimic normal blood levels with T4 and T3?”

“It is unquestionable that some patients will tell you that the day they were switched from levothyroxine to combination therapy, ‘a light bulb went on in my brain,’ or ‘I can think again.’ There has got to be something there,” says Antonio C. Bianco, MD, PhD, professor of medicine and vice dean of clinical affairs at Rush University Medical Center in Chicago, Illinois.

What the Guidelines Say

Bianco’s view is particularly interesting because he co-chaired the task force that prepared ATA’s latest hypothyroidism guidelines in 2014, which concluded that LT4 should remain the standard in treatment for hypothyroidism: “We found no consistently strong evidence for the superiority of alternative preparations (e.g., levothyroxine-liothyronine combination therapy, or thyroid extract therapy, or others) over monotherapy with levothyroxine in improving health outcomes.” Even among patients who “feel unwell on levothyroxine therapy alone, there is currently insufficient evidence to support the routine use of a trial of a combination of levothyroxine and liothyronine therapy outside a formal clinical trial.”

The European Thyroid Association guideline says that “combination therapy should be considered solely as an experimental treatment” overseen by “accredited internists/endocrinologists, and discontinued if no improvement is experienced after three months.”

The most recently published guideline — from the Italian Thyroid Association in late 2016 — says that combination therapy is “generally not recommended” but a trial “may be considered to improve adherence to treatment or patient well-being.” Perhaps in a concession to reality, it outlines a protocol for combination therapy.

Combination treatment is clearly in use; Bianco estimates that about half the hypothyroid patients referred to him are on it. Much of the interest stems from a tantalizing 1999 study of 33 Lithuanian hypothyroid patients (most of whom were receiving suppressive LT3 doses for thyroid cancer treatment) that concluded that combination therapy “may improve mood and neuropsychological function.” Those findings have proven difficult to duplicate. “Subsequently, there were 10 or 12 studies designed to look at combination therapy in a systematic manner using different ratios of thyroxine to T3. For the most part, none of those studies showed any consistent effect, and four meta-analyses of the literature concluded that there was no consistent benefit,” says James V. Hennessey, MD, director of clinical endocrinology at Beth Israel Deaconess Medical Center.

“It is unquestionable that some patients will tell you that the day they were switched from levothyroxine to combination therapy, ‘a light bulb went on in my brain,’ or ‘I can think again.’ There has got to be something there.” – Antonio C. Bianco, MD, PhD, professor of medicine and vice dean of clinical affairs at Rush University Medical Center in Chicago, Ill.

But the effectiveness of combination therapy remains an open question because of flaws in previous studies and a lack of well-designed, randomized trials, according to Jacqueline Jonklaas, MD, PhD, MPH, associate professor of endocrinology and metabolism at Georgetown University Medical Center and co-chair of the ATA guideline task force: “In the 13 or so combination therapy trials that have been done, the majority only gave the T3 once a day, a few of them gave it twice a day, and that really isn’t enough to maintain nice steady levels of T3.”

Bianco agrees: “When we give combination therapy, we are actually not normalizing serum T3. We are creating pulses of T3. So during a few hours you have a higher level of T3. Then a few hours later, you have a lower level than what you want. Unless we develop a delivery system to provide a steady level of T3, we are not in a position to answer whether combination therapy is better or worse than monotherapy.”

“People have been talking for decades about a time-released T3 medicine,” says Ross. “But that appears to be difficult to make because pharmaceutical companies have not come up with it yet,” despite a potential market of millions of patients. Correct dosing might require taking LT3 several times a day, and for most people compliance would be an issue.

The inability of researchers who design clinical trials to figure out an effective system to administer T3 might give pause to clinicians considering this treatment for hypothyroidism.

Ross suggests that a logical treatment strategy is to try to mimic the normal physiological ratio of T4 to T3 of about 14 to 1: “The clinical literature is muddled by the fact that most people who have tried to give T4 and T3 have given way too much T3. There is one study by Escobar-Morales which actually gave the appropriate ratio of T4 and T3. And while the researchers could not demonstrate any physiologic benefit, patients preferred the combination of T4 and T3.”

“There is a problem with using superphysiologic levels of T3, so I don’t suggest anyone take extract. But if you provide T4 and T3 at the appropriate ratio, why should that be considered problematic?” – Douglas S. Ross, MD, professor of medicine, Harvard Medical School; co-director, Thyroid Associates at Massachusetts General Hospital, Boston, Mass.

But basing treatment for hypothyroidism on patients’ preferences may not lead to the best outcomes. “T3 has also been used by psychiatrists as adjunctive therapy for depression, so part of this feeling better issue may have to do with the effects of giving too much thyroid hormone,” Ross says. “If you give people a little bit too much T4, in general they feel better. Their mental health is better, but their physical health is a little bit impaired. They will complain that they aren’t sleeping as well, but they feel better overall and they are less depressed. It may simply be that slightly hyperthyroid people feel better.”

The guidelines also agree that there are some circumstances in which combination therapy should be avoided, such as pregnancy. “The fetus seems to run on maternal T4, rather than T3, and so there is a concern that the fetuses of women taking extract or combination therapy may not have appropriate neurologic development,” Ross says.

“In the 13 or so combination therapy trials that have been done, the majority only gave the T3 once a day, a few of them gave it twice a day, and that really isn’t enough to maintain nice steady levels of T3.”-  Jacqueline Jonklaas, MD, PhD, MPH, associate professor of endocrinology and metabolism, Georgetown University Medical Center, Washington D.C.

Another patient population where caution is warranted is the elderly. The ATA guidelines note that “the elderly are more susceptible to the adverse effects of thyroid hormone excess, especially heart conditions such as atrial fibrillation or osteoporotic fractures,” so T3 peaks could be worrisome.

“We just don’t have the data yet to change my mind that adding T3 to T4 actually results in a superior product,” Hennessey says. But he adds: “I see patients on a regular basis who say, ‘I am completely dysfunctional.’ Then someone offers them T3, and the next day they are up performing their activities of daily living as if they have never had thyroid disease. In my opinion, it happens way too quickly for it to actually be thyroid hormone action. But the patients are wedded to it. I tell them that I’m not sure that it was the T3 that did it. But as long as they are not doing any harm by taking too much T3, I am certainly willing to continue to be supportive of their care.”

Ross does not see the harm in trying a different approach when patients are not satisfied with LT4 alone: “There is a problem with using superphysiologic levels of T3, so I don’t suggest anyone take extract. But if you provide T4 and T3 at the appropriate ratio, why should that be considered problematic?”