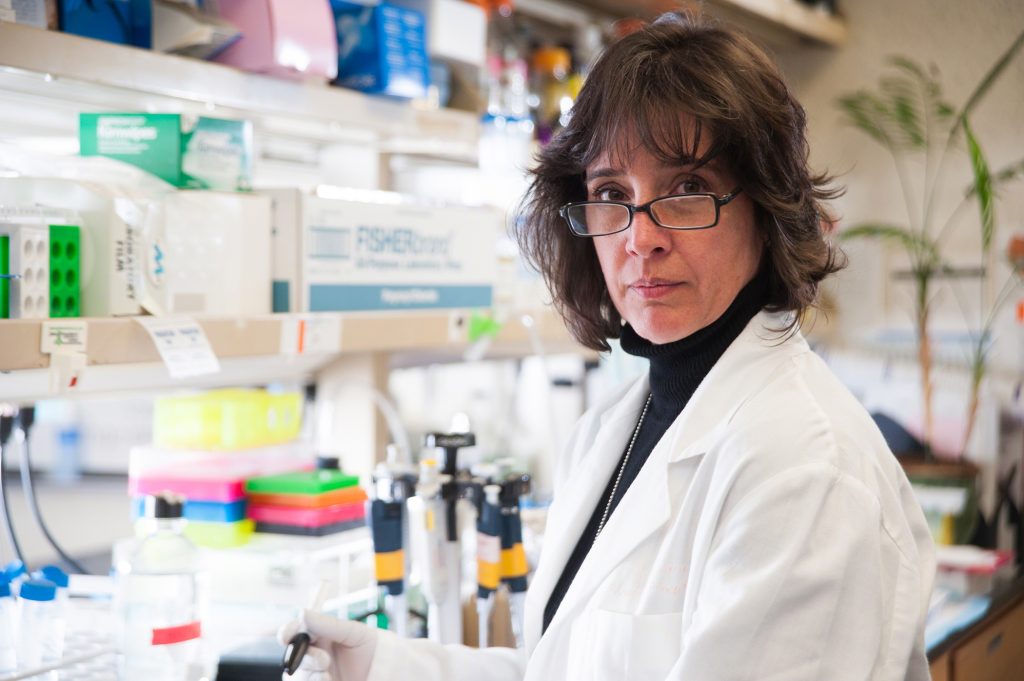 The discovery of a new mutation could eventually hold the key to treating patients with adrenal carcinoma. Endocrine News talks with Emilia Pinto, PhD, a St. Jude’s Children’s Research Hospital scientist, who hopes that this new finding will raise awareness around the world in families who might be at a greater risk for this rare cancer.

In Brazil, one in 300 individuals have a single TP53 mutation – the TP53-R337H variant – that’s associated with adrenal carcinoma. Most of the carriers of this mutation will never develop cancer, probably going their whole lives blissfully ignorant of terms like “genetic counseling” or “clinical management”. However, some carriers of this mutation will develop very aggressive tumors and multiple cancers.

Last year, an international group researchers set out to discover the reason for this highly variable cancer risk, publishing two papers, the first one in Science Advances, announcing that the investigators had discovered that R337H comes with a second mutation in another gene close by that explains the differences in cancer susceptibility in carriers of the R337H mutation, and a review article published in Cancer highlighting the contribution of TP53-R337H research to help better understand cancer predisposition in Brazilian individuals and families.

“The TP53 gene is the most studied tumor suppressor gene in cancer biology and so far, there are currently no therapies that target the p53 pathway,” says Emilia Pinto, PhD, of St. Jude’s Children’s Research Hospital in Memphis, Tenn., and lead author of the papers. “This second mutation modifies that activity of other p53 variants and will be of grand interest in the cancer genetics field.”

After completing whole genome sequencing of pediatric adrenocortical tumors (the results of which were published in Nature Communications in 2015), Pinto looked the germline DNA of those adrenocortical tumor (ACT) patients harboring the TP53-R337H variant in order to determine the common DNA sequence in chromosome 17 around TP53 locus shared among carriers. “As the TP53-R337H variant retains functionality in laboratory assays and animal models, and alone didn’t explain the cancer phenotype in carriers, the idea was to verify the presence of additional polymorphisms or variants that act as a potential TP53 modifier and alter p53 function and thus impact cancer risk,” she says.

It was here that Pinto and her team – a group of researchers from Brazil, Spain, France, the UK, Michigan, Pennsylvania, Maryland, and Tennessee – identified the variant E134* in the tumor suppressor XAF1,associated with the TP53-R337H, a compound mutant haplotype responsible for a greater risk of sarcoma and subsequent malignancies. Pinto says that some of the genes in the p53 pathway contain functionally significant single nucleotide polymorphisms (SNPs) that alter the signaling response by this protein, and the identification of the XAF1-E134* variant only adds to the complexity and potential interface involving two tumor suppressor genes. 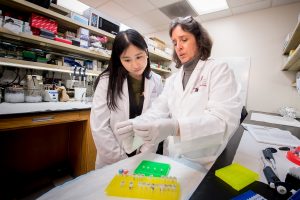 “It’s possible that each SNP in the p53 pathway may have a modest impact on cancer risk and progression, but collectively has the potential to impact cancer risk, progression, and the efficacy of radiation and chemotherapy,” Pinto says. “We are in the beginning to understand the impact of these variants and more studies are necessary to establish the formulas for cancer risk from the interaction among all these SNPs.”

Even though pediatric ACT is a rare condition, in Brazil, occurrence of this cancer is 10 to 15 times higher than the rest of the world. Around 50% of patients with ACT are carriers of the germline TP53 variant, which means pediatric patients diagnosed with ACT is a referral for TP53 testing, as well as for initiating a germline TP53 and cancer predisposition program, particularly in services where the lack of structured oncogenetic practice precludes the identification of families with high cancer risk, Pinto tells Endocrine News.

“Oncologists, pediatricians, endocrinologists, genetic counselors and health care providers need to recognize that TP53-R337H exist alone or associated to XAF1-E134* variant,” Pinto says. “Recognizing the constitutive haplotype in carriers of the p.R337 variant is of importance to stratify carriers into high- and low risk categories and thereby guide physicians in counseling, targeted prevention, and earlier detection of tumor to improve outcome. As this finding is new, needs to be incorporate in the clinical practice and be affordable and accessible to everyone who can benefit from it.”

For a little background, researchers believe the TP53-R337H mutation originated in a single person (the founder) and was passed down through the generations. According to Pinto, the most common ancestor for this mutation is European, probably from Spain or Portugal, since the researchers identified families in those countries with this variant. When the investigators ran a simulation analysis, they estimated the age of this haplotype to be about 577 years, in line with Europeans colonizing Brazil. “Today, one in every 300 individual in South and Southeast Brazil are carriers of the p.R337H variant,” Pinto says. “It’s important to note that not all carriers will develop cancer, as we know that this variant is of low or moderate penetrance. In this way, individuals will pass this variant along and the mutated gene becomes more prevalent.”

Pinto points out that all p.R337H carriers share an identical and small DNA sequence encompassing the TP53 gene, but a subset of these ACT patients shares a more extensive DNA sequence in this chromosome that includes not only the TP53 p.R337H variant but also a mutation in XAF1, another tumor suppressor gene. “That means, some carriers of the TP53 p.R337H variant are also carriers of another mutation in close proximity of TP53,” she says. “In the presence of this genetic variant in a patient, physicians and health care providers will be able to offer screening in additional family members and a surveillance protocol to carriers in order to detect cancer early, when they might be easier to treat.”

There’s still much work to be done — the discovery of the XAF1-E134* variant came 20 years after the identification of the TP53-R337H variant in Brazilian carriers. Researchers are aware that there may be additional factors among Brazilians that modulate the cancer phenotype in carriers of the TP53-R337H variant, such as genetic or environmental factors, or both. Pinto says that for basic scientists, it will be important in future studies to determine which of those extenuating factors act to modulate cancer risk in these carriers, since again, not all of them will develop cancer. 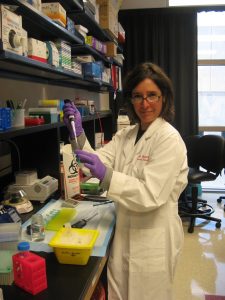 And for Pinto, this work is personal. She hails from Brazil and received her PhD in physiopathology from the University of São Paulo, Brazil in 2005. She says she wants to call attention to what’s happening in her home country, and to raise awareness in the international medical community to address families with a high risk of cancer and refer them to consolidated services of genetic counseling for a detailed assessment of cancer predisposition pattern. “A founder mutation in a tumor suppressor gene that exists in one out of every 300 individuals with a such diversity in cancer phenotype has a lot to teach us and others in the field. It’s a unique situation of a hypomorphic TP53 variant widespread in a population,” she says.” Due to the high prevalence of this variant already present in different areas of Brazil, Europe and USA genetic screening should be considered in families from this geographical region that match the clinical definition of any syndrome with multiple inherited tumors.”

Pediatric cancer is a sentinel for cancer predisposition, Pinto says, and the presence of a germline mutation could imply cancer risk in family members, so for now, she says her team will continue to study TP53, since adrenocortical tissue is particularly sensitive to subtle alterations in that gene. “In addition,” she says, “we need to consider the sum or the contribution of each SNP in p53 itself and p53 pathway to establish cancer risk in carriers and this is particularly important in Brazil due to widespread R337H variant.”

Bagley is the senior editor of Endocrine News. In the June issue he wrote about how two community hospitals were successfully implementing Inpatient Diabetes Management Services.