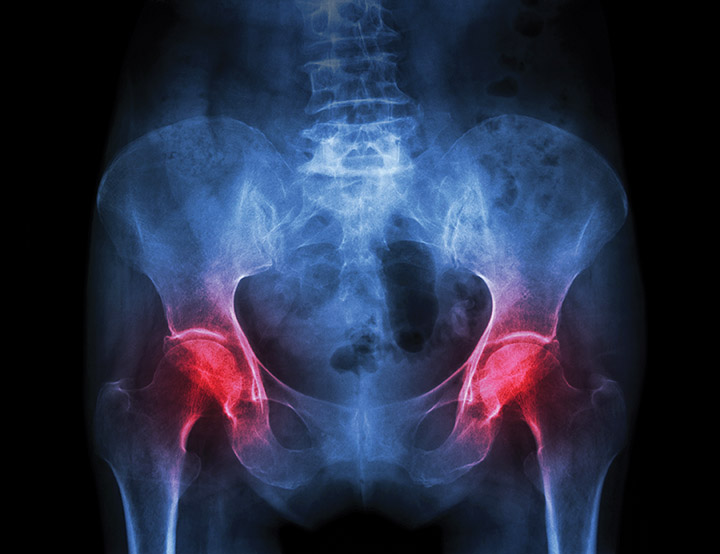 A new study shows that growth hormone has lasting positive effects on osteoporosis and associated fracture risk. Unfortunately, lessening these occurrences does not always equate to an improved quality of life.

As the global population ages, the prevalence of age-related conditions like osteopenia and osteoporosis is increasing. In the United States alone, more than 34 million people are reported to have low bone mineral density (BMD), and another 10 million or more have osteoporosis, according to the Endocrine Society’s 2016 Endocrine Facts and Figures Report. Among this population, about 2 million bone fractures occur annually, a number expected to rise to 3 million within a decade. For women, these statistics have particular significance, as 80% of osteoporosis diagnoses are for women, and women are three times more likely than men to have an osteoporosis-related fracture.

Apart from the pain and the cost of fractures themselves, osteoporosis can have severe deleterious effects on quality of life, from the social isolation brought about by increasing immobility, to the need for assisted living or long-term nursing home care, to the comorbidities and even death that may result from serious fractures. Although treatments exist, approved osteoporosis drugs (including bisphosphonates, the first-line treatment) have yet to stem the rising tide of fracture incidence, perhaps due partly to undertreatment of low BMD. Given the decrease in growth hormone (GH) secretion that occurs beginning in middle age and progressively declines thereafter, researchers at the Center for Endocrinology and Metabolism at Sahlgrenska University Hospital in Gothenburg, Sweden, administered GH injections to 80 postmenopausal women ages 50 to 70 years from 1994 to 1996 to determine if replacing the GH lost during somatopause would decrease their risk of fracture — that is, by increasing their BMD and bone mineral content (BMC).

In “Effect of Growth Hormone Treatment on Fractures and Quality of Life in Postmenopausal Osteoporosis: A 10-Year Follow-Up Study” published in The Journal of Clinical Endocrinology & Metabolism, Emily Krantz, MD, of Södra Älvsborgs Hospital in Borås, Sweden, and colleagues reported on the trial participants’ fracture and quality of life status seven years later. During the three-year trial, participants had been randomized to three groups, with 28 receiving 0.33 mg/d (1.0 U/d) recombinant human GH, 27 receiving 0.83 mg/d (2.5 U/d) recombinant human GH, and 25 receiving placebo. In addition to being postmenopausal and osteoporotic, participants also had been on ongoing hormone replacement therapy (HRT) and were given 750 mg calcium and 400 U vitamin D supplements daily. Among them, 45 (56%) had suffered osteoporotic fractures — 21 of the radius, 18 of a vertebra, seven rib, five ankle, two hip, and two upper arm — and their mean L2–L4 BMD T-score was −2.7 standard deviations. A control group of 120 postmenopausal women ages 55 to 64 years was also recruited and followed up at ages 67 to 76 years.

“The study is, to our knowledge, the largest and longest controlled study with GH treatment in postmenopausal osteoporosis,” Krantz says. All 80 women were monitored through both the three-year study period and the 10-year follow-up; however, six died before follow-up completion — three from the placebo group, two from the lower-dose GH group, and one from the higher-dose GH group — all from non-osteoporosis-related or GH treatment-related causes.

“Osteoporosis is a severely undertreated disease, and more must be done to discover risk patients and to tailor their treatment.” – Emily Krantz, MD, Södra Älvsborgs Hospital, Borås, Sweden

“The GH treatment had a sustained effect on reducing the patients’ fracture risk seven years after the treatment ceased, which has not been shown before,” Krantz says. Positive, dose-dependent effects of the GH treatment on the patients’ BMD and BMC were seen throughout body regions. Seven years post-treatment, 28% of participants had fractured bones (29 fractures in 22 women), nine fractures in the placebo group, 15 fractures in the lower-dose GH group, and 10 fractures in the higher-dose GH group; thus, fracture incidence was cut in half (from 56% prior to the trial) in this cohort. Participants had lower body mass indexes (an important predictor of low BMD) than did controls both at the commencement of the trial and 10 years later, and their overall body compositions did not change except for a decrease in lean body mass. Controls, by contrast, experienced weight gain. In the control group, fracture risk increased fourfold, from 8% to 32%. (The similar BMD and BMC outcomes in the placebo group as compared to the two GH-treated groups is possibly due to their comparatively higher body masses as well as the calcium and vitamin D supplementation they were given during the trial.)

Although significant differences were seen in BMD and BMC measurements between treated and control groups, quality of life indices did not differ. Quality of life was assessed with a 36-item questionnaire, surveying both physical (functioning, pain, and general health) and mental health (vitality, social functioning, and emotions) as well as providing a snapshot of disease burden among participants and controls. The similarity in quality-of-life self-reports is attributed, at least in part, to the parity in fracture incidence. Although the treated group’s incidence declined and the control group’s increased, the treated group had a much higher incidence of prior fracture than did the controls, resulting in an ultimate leveling out of prevalence across groups. Also notable, among the treated group, quality of life did not improve over the course of trial and follow-up, even as fracture risk declined.

“If growth hormone could exist in a long-acting preparation, so that it could be given once a week or once a month, then it could be of interest for this patient group.” – Emily Krantz, MD, Södra Älvsborgs Hospital, Borås, Sweden

Although other bone-specific, anabolic osteoporosis treatments have been approved since the trial was undertaken (for example, teriparatide for severe osteoporosis and denosumab), bisphosphonates remain the most common treatment. “Osteoporosis is a severely undertreated disease, and more must be done to discover risk patients and to tailor their treatment,” Krantz says. “Currently, GH treatment is expensive. Although the injections are taken by the patients themselves, treatment must be monitored by a specialist clinic, which is not in its favor when considering it in a practical clinical setting. But, I think that if GH could exist in a long-acting preparation, so that it could be given once a week or once a month, then it could be of interest for this patient group.” Researchers from the original trial had also demonstrated that in addition to GH’s positive effect on bone tissue, it also increases muscle mass, which can lead to better body balance. And, as Krantz points out, “Better balance reduces the risk for falls, which reduces the risk of fractures, which is the ultimate goal regardless of which drug is in question.”

— Horvath is a freelance writer based in Baltimore, Md. She wrote the February cover story on cardiovascular health and the endocrine system.