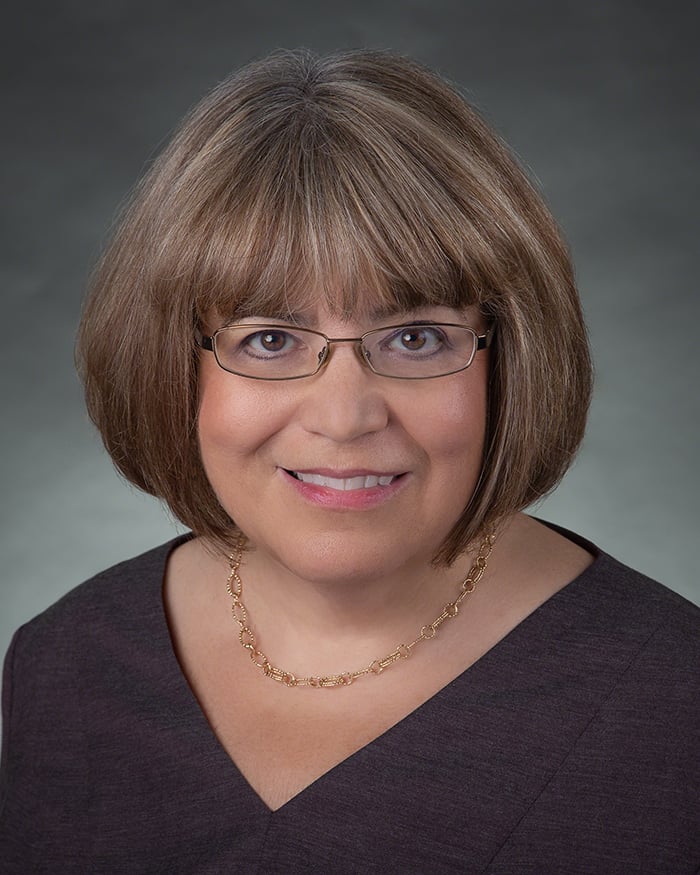 Endocrine News speaks with the Endocrine Society’s 2020 Roy O. Greep Laureate Award winner for Outstanding Research, Eleftheria Maratos-Flier, MD, who discusses her research focusing on obesity, challenges for female researchers, and her own goals outside the lab.

Eleftheria Maratos-Flier, MD, professor of medicine at Harvard Medical School, is the recipient of the 2020 Laureate Award for Outstanding Research. While still caring for patients at Boston’s Beth Israel Deaconess Medical Center, Maratos-Flier moved her research work from her Harvard laboratory to the Novartis Institutes for Biomedical Research just about two years ago and has welcomed the new challenges blossomed by the transition.

In her work to solve the mysteries of obesity and its metabolic complications, Maratos-Flier has defined the role two important molecular mediators of the interactions between the periphery and the brain: fibroblast growth factor 21 (FGF21) and melanin concentration hormone (MCH).

Named in honor of Roy O. Greep, PhD, renowned Harvard scholar and the Endocrine’s Society’s 45th president, the award is presented for meritorious contributions to research in endocrinology. Endocrine News spoke with Maratos-Flier to learn more about her path to becoming one of the leading endocrine researchers in the country today.

Endocrine News: What did the recognition for outstanding research mean to you, especially with your Harvard University connection with Dr. Greep?

Maratos-Flier: I am extremely honored to get the award and am very grateful to the Endocrine Society. Dr. Greep was obviously interested in hormonal regulation. And because my area is metabolism, I felt kinship with him. Having the Harvard connection made it even better.

EN: How did the study of obesity and its complications become the pinpoint of your research?

Maratos-Flier: I originally, like in the dark ages of my career, started working on viruses that caused diabetes. And at a certain point I realized I was very unhappy in that area because there was no way to do clinical correlations with humans and I just felt it wasn’t really going in the direction I wanted it to go. I was trying to think of an interesting area that was important and was more involved with metabolism. So, in about 1992, it was clear that the hypothalamus was going to be important in terms of appetite regulation. At the same time some very nice techniques were emerging that could let people who were interested look at what genes might be important in the brain that were involved in appetite regulation.

“I would like to figure out what we can do operationally to help women do research. Based on what I’ve seen, it’s more of a challenge for women to do research in an academic environment.”

So, I decided to look at the difference between genes that are in the hypothalamus of obese animals and compared to animals that are lean. And when we looked at the differences in gene expression one of the genes that popped up is a gene called melanin-concentrating hormone. So, we thought this might potentially be an appetite-regulating hormone. My lab pursued that, and it turned out, yes, it regulates appetite. And then with some really good collaborators, we made mice that had too much and we made mice that didn’t have enough. And you know we injected it into rats and were able to show that increased feeding significantly. Other studies showed it regulates aspects of behavior in mammals.

EN: What do you miss most about your Harvard laboratory and team?

Maratos-Flier: I miss that when you have a lab, you can say “hey I want to ask this question” and then you can pursue the experiment to find the answer. One of the other nice things about having a lab is you pick the people you’re going to work with, and I really liked my team.

People talk a lot about the issues, but I don’t think there are great solutions. Institutions offer a limited number of scholarships to buyout some of your time if you need it, and those are usually directed at women and underrepresented minorities, but it’s really not enough.

EN: Can you share any goals you have outside of the lab?

Maratos-Flier: I would like to figure out what we can do operationally to help women do research. Based on what I’ve seen, it’s more of a challenge for women to do research in an academic environment.

EN: What do you see as the main obstacles?

Maratos-Flier: I think one thing is mentorship. I think that’s a significant issue. There are some people who are great mentors and there are some who are really toxic mentors. And I think that for success in academic research, you need to give people who take on major childrearing responsibilities more of a chance to stay at rank and not feel that they need to get promoted. I think that whoever takes childrearing on, and usually it’s mom, has difficulties trying to juggle the childcare and [academic duties] like writing manuscripts.

People talk a lot about the issues, but I don’t think there are great solutions. Institutions offer a limited number of scholarships to buyout some of your time if you need it, and those are usually directed at women and underrepresented minorities, but it’s really not enough. In my view, $30,000 is nice but you can’t run a lab with $30,000. And I also think that at most institutions, junior faculty and also women don’t really get enough advice from more experienced faculty. Getting feedback is important. It’s somebody who is more senior telling you “hey this grant proposal or research topic isn’t such a great idea or that it’s a good idea.” These are just some of the things I’d like to address in a manuscript and see if there is anything that can be done to implement them.

Fauntleroy Shaw is freelance writer based in Carmel, Ind. She is a regular contributor to Endocrine News.