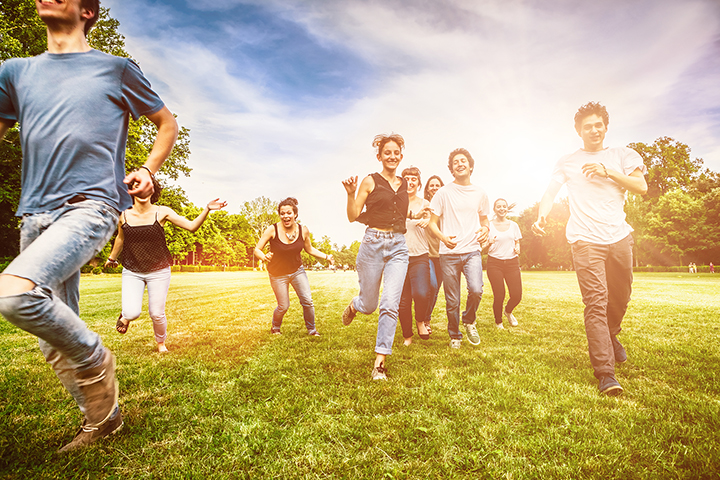 A new study shows that heavier adolescents may have an increased risk of succumbing to a cardiovascular event death in middle age. What can be done earlier in life to forestall these events and should researchers take another look at what constitutes an ideal body mass index for kids?

February is American Heart Month and generally a time to highlight measures we can take to promote cardiovascular health. In “Adolescent Body Mass Index and Cardiovascular Disease – Specific Mortality by Midlife,” however, study authors demonstrate that for some adults, the damage may have been done long ago. Endocrine Facts and Figures reports that a staggering 31.8% of individuals younger than age 20 years are overweight and 16.9% are obese. Even at healthy adult weights, unless they can turn back the clock, it could be too late to mend their broken hearts.

The study, published in The Journal of Clinical Endocrinology & Metabolism in August 2017, represented 45 years of follow-up research on more than 2 million adolescents from 1967 through 2010. Recognizing that obesity and overweight in adolescence increases risk for coronary heart disease (CHD) and stroke, researchers sought to determine whether these adolescent conditions predisposed individuals to additional cardiovascular problems. Gilad Twig, MD, PhD, of the Medical Corps of the Israel Defense Forces, and one of the study’s authors, explains, “our work focused on the association between adolescent body mass index (BMI) and cardiovascular mortality, other than CHD or stroke among young adults. This is important because while CHD and stroke mortality of adults younger than age 50 have declined in most Western countries in the last two decades, cardiovascular mortality (other than CHD or stroke), has increased. Examples to such causes include pulmonary embolism, heart failure, hypertensive heart disease, fatal arrhythmias, and cardiomyopathy.”

Study participants included 2,294,139 Jewish males and nonorthodox Jewish females ages 16 to 19 years (by age 17 years, growth is about 98% complete), who were eligible for mandatory Israeli military service and consequently underwent medical exams. Researchers excluded those for whom BMI measurements were not available and who died before 1981, which is the first year they had access to underlying cause of death data. BMI was calculated by military physicians using World Health Organization (WHO) standardized height and weight measurements. Age- and sex-adjusted U.S. Centers for Disease Control and Prevention (CDC) BMI percentiles, categorized as <5th, underweight; 5th to 49th, low-normal; 50th to 84th, high-normal; 85th to 94th, overweight; and >95th, obese, were a secondary point of analysis.

They found, perhaps not surprisingly, that BMI was consistently associated with risk for all of the primary non-coronary, non-stroke cardiovascular-specific study outcomes. During the study timeframe, 32,127 deaths occurred, approximately 10% (3,178) of which were attributed to cardiovascular disease: 279 from cardiac arrest and ventricular fibrillation, 122 from hypertensive heart disease, 121 from cardiomyopathy, 114 from arterial disease, 94 from heart failure, and 70 from pulmonary embolisms. Furthermore, the researchers published a study in 2016 using the same cohort that suggested that what is considered normal adolescent BMI, a range from 18.5 ≥ 25.0, might be misleading in terms of masking risk for later cardiovascular disease development. That study found that overweight in adolescence doubled risk of cardiovascular disease-related death in later life.

“Our findings emphasized the devastating consequences of adolescent overweight and obesity, which were strongly associated with increased risk for all study outcomes,” Twig says. “The range of normal BMI is relatively broad and we also found here that ‘optimal’ BMI for 17 years old is at the low-normal range (18.5–22.0 kg/m2).”

Researchers also looked at BMI as a “categorical variable” and demonstrated that increased risk directly correlated with increase in BMI, as evident in progression from high-normal, to overweight, to obese divisions. When the team subjected their results to sensitivity analyses, such as to pre-1981 participants to ensure at least 30 years of follow-up as well as to healthy, cancer-free participants, and differentiated by biological sex, their findings held.

Although the study had limitations, such as lack of adult BMI data, lack of abdominal adiposity data (a measurement well known to confer increased cardiovascular risks independent of BMI), and inability to control for lifestyle habits like exercise and smoking status, its power derives from its use of standardization to measure height and weight rather than relying on subjective recall and its large scale in terms of both sample size and follow-up.

“Our findings emphasized the devastating consequences of adolescent overweight and obesity, which were strongly associated with increased risk for all study outcomes.” – Gilad Twig, MD, PhD, Medical Corps of the Israel Defense Forces, Ramat Gan, Israel

According to other studies, this unfortunate link between high adolescent BMI and adult cardiovascular disease may be caused by cardiac remodeling and functional alterations. Associations with undesirable structural changes in the arterial wall, increased left ventricular mass, and increased left atrial size, as well as lengthening of the QT interval have been shown and are independent of adult BMI.

“The findings were based on 800 deaths attributed to non-CHD non-stroke cardiovascular causes that were recorded during three decades of follow-up in a population of 2.3 million adolescents (60% men). The findings were strikingly persistent in extensive sensitivity analyses. When taken together with a previous study that was based on this cohort that looked on the association between adolescent BMI and mortality (New England Journal of Medicine, 2016 Jun 23;374(25):2430-40), our findings point on the need to narrow what considered to be the normal BMI range. Nevertheless, additional studies are needed to confirm these results in order to revisit the currently accepted BMI range in adolescents,” Twig says.

The team is currently working on several projects that might contribute to the discussion on re-calibrating the normal BMI. “Given that women are generally underrepresented in cardiovascular studies and a significant portion on literature in this field is limited to men, we will conduct studies that are aimed to peak sex-specific differences,” Twig says. They will also be looking at major outcomes such as onset of diabetes, major cardiovascular events, and other chronic diseases.