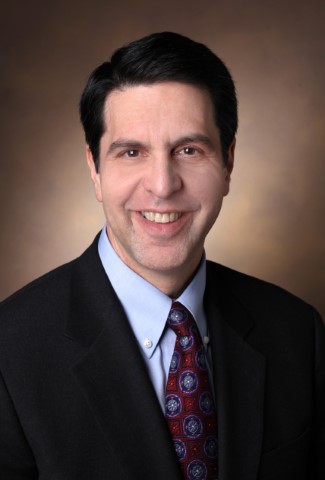 When I applied to medical school, I thought I might be a neurologist or a pediatrician. As I moved through my clinical rotations at Johns Hopkins, however, I discovered that — at the time at least — therapeutic options in neurology were limited, and influencing the health of children often depended more on interactions with the parents rather than with the patients themselves. I just did not find these elements appealing. As I thought back to my pre-clinical classes, I realized that I had enjoyed learning about the complex physiology of calcium metabolism and this is what led me toward endocrinology as a specialty. I had no idea how fortunate I had been as a second-year student to have received my endocrinology lectures from people like Paul Ladenson and Mike Levine, who went on to become major leaders in the field.

In my fourth year, I signed up for an endocrine rotation, and had as my first attending David Cooper, whose thyroid lectures at ENDO I never miss as he still teaches me something with every interaction. With such great role models as mentors, I went into internal medicine residency — I stayed at Hopkins — with the thought that I would subsequently pursue an endocrine fellowship.

Back when I had applied to medical school, I did so with the plan simply to be a doctor. My professors, however, slowly inculcated the notion that the only noble way to pursue a medical career was in the academic setting. In residency, the drumbeat got louder, as my chair of medicine indicated that medical practice was not even something we would be discussing as part of our career planning.

“I was a little surprised how intellectually challenging and fulfilling this work was, and I realized that my initial goal of being a doctor was not a second class one after all.”

I became convinced that I needed to be an academic physician. I knew I could not be a bench scientist based on one unhappy summer in immunology research. I felt that I could be good at clinical medicine, and that I also had some organizational skills that might allow me to run a program or be an effective teacher, but there were no such jobs in academia, as the idea of the clinician educator had not been invented yet. Thus, I decided I would pursue the closest thing I could think of — clinical research. During my Mass General fellowship interview, I found the only faculty in all my travels — people like Bob Neer, Bill Crowley, and David Nathan — who did not look at me incredulously when I discussed a career doing patient-based research. My fellowship decision was thus easily made. I spent the last two years of my fellowship and the next three as a junior faculty member in Anne Klibanski’s Neuroendocrine Unit, studying growth hormone treatment in hypopit men while that approach was still investigational.

I was proud of the work I did, and enjoyed my colleagues, but I realized that the 90% research role did not suit me. I took a private practice job in my home state of Texas, and spent the next 17 years seeing patients. I admit I was a little surprised how intellectually challenging and fulfilling this work was, and I realized that my initial goal of being a doctor was not a second class one after all. Ironically, it was in the private practice setting that I was able to do the teaching and organizational work I had thought of as a resident.

I had a volunteer academic appointment at the University of Texas Southwestern Medical Center in Dallas, and interacted with fellows on a regular basis. The Endocrine Society was eager to expand its small roster of private practitioners, so academics I had met while doing research — Janet Schlechte, David Clemmons, and Chip Ridgway — helped me get involved in committee work. The Society has been my organizational home ever since, and I truly treasure the friendships and professional associations I have derived from my involvement. In a sense, I created my own clinician educator position, and I enjoyed my multiple roles.

“I felt that I could be good at clinical medicine, and that I also had some organizational skills that might allow me to run a program or be an effective teacher, but there were no such jobs in academia, as the idea of the clinician educator had not been invented yet.”

About four years ago, I started doing a little career exploring. I discovered, a bit late, that the job I had always thought about had been developed in academic medical centers. It turned out that Vanderbilt was looking to add a clinician educator, which was especially gratifying since the division chief, Al Powers, had been my friend since our interaction on the ENDO Task Force years before. I decided to make the leap back into academia and to move to Nashville, and the transition has been a success both professionally and geographically — we love Music City.

In my current job, I see patients, oversee a clinical trials center, teach fellows, and mentor our younger faculty. It will be a nice way to finish out a career that started with a classroom interest in calcium metabolism.