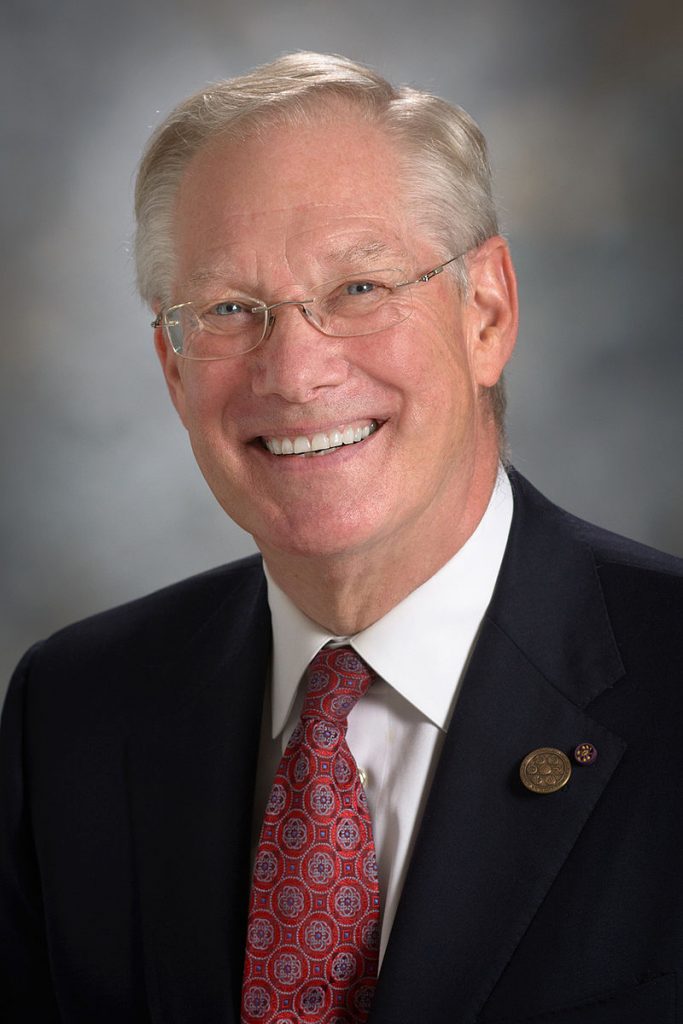 On June 7, 2019, Buckingham Palace announced that Her Majesty Queen Elizabeth II appointed V. Craig Jordan, OBE, as Companion of the Most Distinguished Order of St. Michael and St. George (CMG) for services to women’s health.

The award recognizes Jordan’s discovery of Selective Estrogen Receptor Modulators (SERMs) as the first multifunctional medicines for women that can treat several diseases simultaneously. These medicines switch on or switch off estrogen target tissue sites around a woman’s body to treat or prevent osteoporosis and breast cancer. Specific SERMs can decrease coronary heart disease, strokes or relieve dyspareunia.

Jordan was also awarded the Endocrine Society’s 2018 Gerald D. Aurbach Laureate Award for Outstanding Translational Research for the discovery and development of SERMs applied to address the treatment and prevention of major diseases in women.

Jordan’s work on this group of medicines was initiated at the Worcester Foundation for Experimental Biology (1972 – 1974) in Massachusetts and continued at the University of Leeds, UK (1974 – 1979). He advocated reinvention of a failed contraceptive ICI 46,474 discovered by AstraZeneca, to become the world’s most successful breast cancer treatment, tamoxifen. Jordan’s specific contribution over two decades (1973 – 1993), resulted in his appointment as Officer of the Most Excellent of the British Empire (OBE) for services to International Breast Cancer Research in 2002. This award by Her Majesty Queen Elizabeth II is for personal achievement. The nomination was made by both the University of Leeds and Zeneca Pharmaceuticals. Jordan’s successful translational research strategy:

In the 1970s when Jordan started his work, women with breast cancer only lived for a few years. Considering the SERM tamoxifen alone, millions of women with breast cancer have been able to see their children grow up and elderly women have seen their grandchildren grow up. The broad implications of SERMs on women’s health has improved the lives of millions throughout the world.

Jordan moved to the University of Wisconsin Clinical (later Comprehensive) Cancer Center (UWCCC) (1980 – 1993) to study “the good, the bad and the ugly of tamoxifen.” There he became professor of human oncology and pharmacology and director of the UWCCC Breast Cancer Research and Treatment Program. It was there his Tamoxifen Team discovered the target site-specific properties of the first SERMs: tamoxifen, and the failed breast cancer drug raloxifene. Most importantly, tamoxifen was found to stimulate the growth between tamoxifen and human endometrial cancer but prevent breast cancer growth in the laboratory.

These translational data changed medicine and caused an examination of an association of endometrial cancer in women. A small but significant association was found that resulted in gynecologic screening of patients prior to tamoxifen therapy. By contrast, raloxifene was less effective at causing growth of human endometrial cancer or animal uteri in the laboratory. Both SERMs maintained bone density in ovariectomized rats but simultaneously prevented rat mammary carcinogenesis. Raloxifene was less effective than tamoxifen at preventing rat mammary carcinogenesis, a fact that was later proven in the national clinical trial Study of Tamoxifen And Raloxifene (STAR). Raloxifene was found to be less effective at preventing breast cancer than tamoxifen after five years of treatment was stopped. As a result, raloxifene is required to be given indefinitely. Jordan was the chair of the Scientific Committee for STAR.

Translational research with tamoxifen to maintain bone density in post-menopausal breast cancer patients was successfully completed at Wisconsin. In 1999, Jordan was the chair of the Breast Cancer Adjudication Committee for Eli Lilly that proved that raloxifene reduced the risk of breast cancer in patients during their successful treatment for osteoporosis. The early laboratory science in the mid-1980s showed SERMs could not only treat osteoporosis but also prevent breast cancer. This supported Jordan’s idea that novel compounds used in the laboratory predicted human disease responses. There are now five FDA-approved SERMs available (tamoxifen, toremifene, bazedoxifene, raloxifene, ospemifene), all with pharmacological discovery links to Jordan’s Tamoxifen Team in Wisconsin.

The impact of Jordan’s discovery on society is lasting. In the 1970s when Jordan started his work, women with breast cancer only lived for a few years. Considering the SERM tamoxifen alone, millions of women with breast cancer have been able to see their children grow up and elderly women have seen their grandchildren grow up. The broad implications of SERMs on women’s health has improved the lives of millions throughout the world.

Jordan is a member of the National Academy of Sciences (NAS) and Medicine (NAM), Fellow of the Academy of Medical Sciences (equivalent in the NAM in the UK) and one of only 100 honorary Fellows of the Royal Society of Medicine in London. Jordan has more than four dozen prizes and honorary degrees for his contributions to women’s health. Although he is not medically qualified, it is worthy to note that he is a member of ASCO and has been recognized for his work on SERMs by the American Cancer Society Award for Cancer Prevention (2006). The David A. Karnofsky Award and Lecture (2008) (their highest award for clinical care) and for the 50th Anniversary of the Founding of ASCO he was recognized as one of their 50 luminaries (2014). In 2016, the German Society for Gynaecology and Obstetrics recognized the “Big Four” of the millennium (zur Hausen, Veronesi, Senn, Jordan) as the four individuals in 20th Century who established the standards of care for women’s health in the 21st Century.

The CMG recognizes extraordinary leadership and exceptional accomplishment in the diplomatic service, security services or overseas service by British citizens in foreign countries.

The symbols of the Order are Warrior Saints. Professor Jordan is advanced from the Order of the British Empire (OBE), which is ninth in priority of the active orders of chivalry to CMG, which is seventh in priority. He also has increase in rank within the order. The award is rare and select as only 1,750 CMG’s total are permitted.