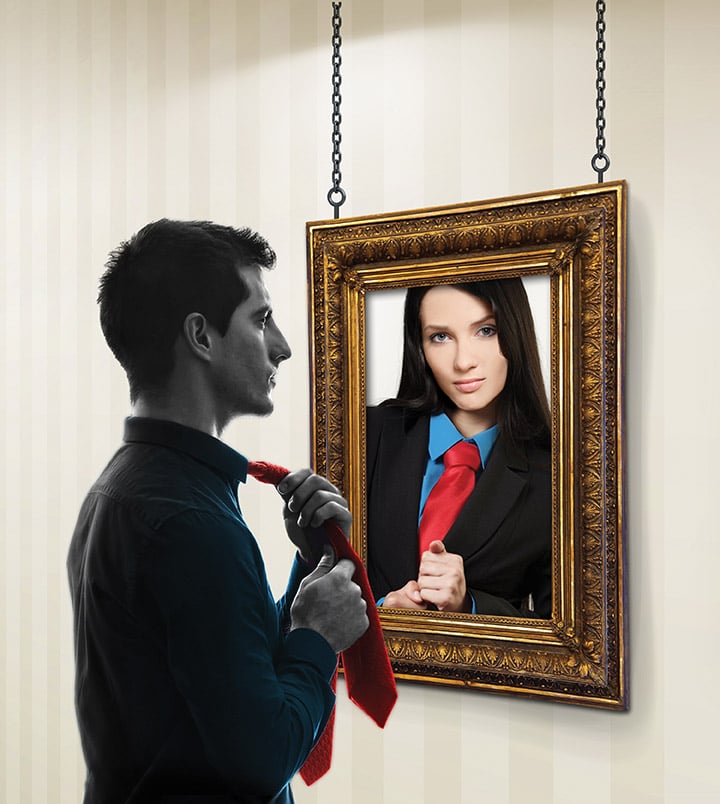 Transgender issues have moved to the forefront of society’s collective consciousness in a way never before seen thanks to several high-profile trans celebrities. This newfound recognition has suddenly placed endocrinologists squarely on the front lines to treat and counsel this new emergent patient population.

After decades of hiding in plain sight, former Olympic champion Bruce Jenner — a man who was once viewed as an epitome of masculinity and athleticism — announced earlier this year that he would be living out the remainder of his life as his true self: a woman named Caitlyn. She is now one of the most famous transgender individuals in the world, and her story is part of a growing cultural awareness of what it means to be “transgender.”

In the medical community, endocrinologists are at the forefront of the movement to expand and improve care for transgender patients (historically called transsexual). Due to the critical role that hormonal treatments play in the transition between sexes, more and more patients are turning to endocrine experts for help when their gender identity does not match their natal sex.

The Hormone Health Network produced the first patient guide for the Endocrine Treatment of Transsexual Persons in 2009, which aimed to answer many of the questions facing both patients and their providers. Since then, some important factors have changed. Experts are still finalizing updates to the guidelines, which they expect to publish in 2016, but several general trends have emerged.

“The prevalence is much higher than previously thought,” says Vin Tangpricha MD, PhD, associate professor at Emory University and coauthor of the guidelines.

No solid statistics on the transgender population in the U.S. exist yet, but many suspect numbers to be far larger than the 0.3% to 0.5% stated in past studies. Numerous factors, including concerns of discrimination, have made it difficult for researchers to conduct accurate surveys of these groups.

Fortunately, more and more individuals are coming forward and social acceptance appears to be gradually rising. As a result, people with gender dysphoria (previously termed “gender identity disorder”), seem better equipped to recognize relevant characteristics within themselves and to face fears about transitioning.

“I certainly believe that a greater awareness in society is resulting in more individuals, including adolescents, becoming self-aware and better able to articulate their situation,” says Joshua D. Safer, MD, FACP, associate professor at Boston University and also a coauthor of the guidelines.

At the same time, Safer has observed a rise in comfort level among physicians when it comes to treating transgender patients. He believes that there is still more progress to be made on this front but that significant strides have occurred in the last half dozen years.

“I think there’s definitely been increased acceptance by the medical community. The Endocrine Society guidelines helped validate gender dysphoria as a condition that physicians should treat, and medical schools are now incorporating it into their curriculums,” he explains.

The medical path to transitioning for transgender individuals has evolved as well. The traditional method follows a very cautious and staged timeline, which relies heavily on the mental health provider to approve therapies.

“In transgender medical treatment, there was a sense that the safety was unclear in this new area,” Safer says. “Because of that, a very, very conservative approach has been advocated over the years.”

“The various clinicians will consult each other in their respective specialties, and the mental health aspects and hormone therapy can move forward in parallel.”

“Today, the diagnosis is clearer and more straightforward,” Safer says.

Because many individuals have developed a sophisticated understanding of their gender identity — thanks in large part to increased awareness of the transgender population — the approach has become more flexible and customized.

“The various clinicians will consult each other in their respective specialties, and the mental health aspects and hormone therapy can move forward in parallel,” Safer continues.

The conservative model outlined in the 2009 guidelines recommended at least a year of “real-life experience” for most patients, during which the person “lives full-time in the desired gender role before starting irreversible physical treatment.” In some cases, this experience might run simultaneously with medical treatments, but patients would generally need to complete the full year before moving forward.

“The waiting period will be shorter — in many individuals, anyway,” Safer explains. “The idea that you would wait one year prior to starting on hormones is no longer the typical situation.”

Instead, he believes that the transition plan should be individualized to fit each patient’s situation. Some people may already live entirely in the desired gender and feel ready to add hormones to their regimen. Others might start both simultaneously, while certain individuals may be better suited to taking hormones in advance. “It can be very different depending upon people’s circumstances and what seems to work best,” he says.

This customized treatment also applies to adolescents. Until recently, young adults were rarely — if ever — prescribed hormone therapy prior to the age of 16. Many transgender patients start feeling as though they were born into the wrong sex in early childhood, but the normal course of therapy avoids physical treatments until these individuals near adulthood. Instead, they may be given the option of suppressing puberty with a GnRH (gonadotropin-releasing hormone) analogue, as its effects are considered reversible.

“There are certainly some young adults who are relatively unsure or unable to articulate if they are transgender, or unsure of what approach they want to take,” Safer says. “The timeline then would obviously be much slower, and we would avoid permanent changes until the person is sure and the various physicians are sure.”

However, some adolescent patients are very clear on the fact that they are transgender. In the U.S., these individuals are starting to be treated with a more progressive paradigm.

“We see mature adolescents who are ready to proceed with adult-like interventions prior to the age of 16,” Safer explains.

He hesitates to describe any specific criteria for evaluating the readiness of a transgender youth for more permanent changes. “I don’t think we’re in a position to broadly state what defines these individuals,” he says. “We just know it’s true because we can think of examples.”

Instead, Safer anticipates that the updated guidelines will recognize a range of therapeutic pathways and recommend that transgender youth be seen by multidisciplinary teams where mental health providers play a pivotal role in diagnosis.

Thus, the suggested paradigm for youth will likely continue to follow the more conservative gatekeeper approach because of the expertise required to make necessary judgments.

The American medical community seems to be recognizing that there are exceptions to the rule; many transgender children may not be prepared for physical treatments during adolescence, but a subset requires earlier intervention.

“In the new revised guidelines, there will probably be much more flexibility,” Tangpricha says. “As long as the child has been appropriately evaluated, it may be deemed medically necessary that they start hormones sooner.”

In Europe and some other areas of the world, this has not yet become a widely accepted idea, and the age of 16 is still a requirement.

“The good news is that [transgender identity] is pretty easy to treat if you follow the guidelines. There are no conflicting recommendations out there, and every pharmacy has these hormones.”

Socioeconomic status has also restricted the ability of transgender individuals to obtain care due to the substantial costs involved. A person needs access to sufficient financial resources to cover and sustain treatments. Although this remains an issue for many transpersons, more U.S. insurance companies are offering coverage for transgender-related therapies, and an increasing number of employers are electing to provide this benefit.

“I think they’re starting to see that people shouldn’t be discriminated against if they have a condition that needs to be treated,” Tangpricha says.

Past studies have shown that the majority of transgender individuals do not regularly access medical care. It can be challenging for transpersons to find providers with transgender patient experience. This and other obstacles lead many transgender people to seek hormones from alternative sources, such as friends, street dealers, and the Internet.

Though much work remains to be done, the stigma against transpersons appears to be lessening. These individuals are finally finding easier and better access to medical care to treat their condition. Tangpricha emphasizes the importance of the role of endocrinologists in providing such care and encourages everyone in the endocrine community to make sure they are educated on the subject.

Despite new trends and progress in the overall schema of the transgender world, little has changed in regards to the hormone therapies themselves. Both Safer and Tangpricha claim that the regimens are substantially similar to what has been prescribed for decades.

“The good news is that [transgender identity] is pretty easy to treat if you follow the guidelines,” Tangpricha says. “There are no conflicting recommendations out there, and every pharmacy has these hormones.”

Still, the National Institutes of Health (NIH) are currently soliciting input from the scientific community as to how transgender hormone therapies may be advanced through research. As such initiatives move forward, physicians also hope to obtain more thorough and reliable data on the incidence of gender dysphoria and the social issues that transgender individuals face. Like so many other health conditions, access to care will continue to be key.

Mapes is a Washington, D.C.-based freelance writer and a regular contributor to Endocrine News. She wrote about the human epigenome in the August issue.