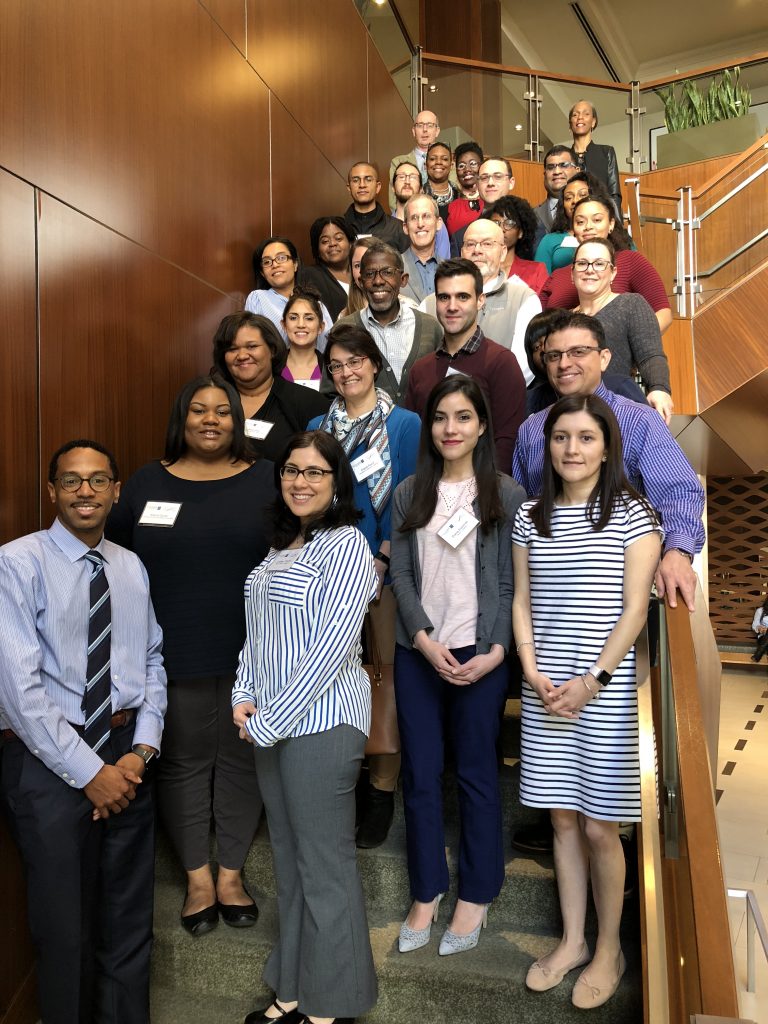 From the 1990s to now, the Endocrine Society has made great strides in creating a professional home for all. Endocrine News takes a look back at the evolution of the Society’s Committee on Diversity and Inclusion and how it has steadily grown throughout the years.

In the early 1990s, Thomas Landefeld’s, PhD, involvement in racial health disparities and minority affairs led him to join the Minority Affairs Committee (MAC) at the American Society of Biochemisty and Molecular Biology. He had been a member of the Endocrine Society for his entire scientific career, and knew a MAC was needed there as well. So, it was during an annual Endocrine Society Meeting that Landefeld met with then-President Susan Smith to broach the idea.

“I told her that I believe for where we are right now and where we’re going to be in the future, that it’s critical the Society establish a Minority Affairs Committee,” he recalls. “Not just for the changing U.S. demographics but also for the minority health disparities, a lot of which are endocrine-based.” Landefeld is now a professor of Biology and Pre-Health Advisor at California State University, Dominguez Hills.

“Susan was very receptive and asked that I chair the committee and pick members to serve,” he says.

That was 1994, and 25 years into its mission, the Endocrine Society’s MAC — now known as the Committee on Diversity and Inclusion (CoDI) — is reflecting on its footprint in the specialty.

Shaping a Group and Mission

Landefeld recalls the committee started with five members and “minorities” were then defined as under-represented minorities who were primarily Black, Hispanic, and Native American. Along with minority disparity issues, the members were also tasked with improving diversity within the Endocrine Society and endocrine specialty. As such, one of MAC’s first efforts was organizing a Minority Reception at ENDO, the Society’s annual meeting.

“The more opportunities the Endocrine Society has to include diversity and inclusion activities at our meetings and annual conferences, the more we will be at the leading edge around clinical care, innovation, and investigation.” – Sherri-Ann Burnett-Bowie, MD, MPH, chair, Committee on Diversity and Inclusion; assistant professor of medicine, Harvard Medical School; clinical investigator, Massachusetts General Hospital Endocrine Unit, Boston, Mass.

“The minority membership in our society was embarrassingly low so what we wanted to do first was get more members who were representative of those groups and/or sensitive to minority disparity issues,” Landefeld says. “We also wanted those individuals to play more of a role in the Society, not just on a Minority Affairs Committee but on program committees, meeting committees, etcetera.”

The minority health disparities of the endocrine disorders have been well documented: For instance, African American and Hispanic adults are almost twice as likely to be diagnosed with diabetes as non-Hispanic whites, according to the Office of Minority Health. In 2015, African American women were 60% more likely to be obese than non-Hispanic white women.

One of the reasons attributed to the slow progress in eliminating these disparities is the corresponding disparity issue in the number of minorities with careers in medicine.

An article in the November 16 issue of PLOS One found that Blacks and Hispanics are more underrepresented in 2016 than in 1990 across all academic ranks (assistant, associate, and full professor) and 16 specialties, except for Black females in obstetrics and gynecology.

Another 2016 report by the Association of American Medical Colleges found that despite efforts by U.S. medical schools to diversify their pool of applicants, one demographic, black males, has remained unchanged for nearly 40 years. In 1978, 1,410 black men applied to medical schools. In 2014, the number remained nearly unchanged at 1,337 men.

Landefeld recalls one of the early programs his committee initiated to try to reverse these trends. He and the Endocrine Society teamed up to earn a National Institutes of Health grant to initiate “short courses in endocrinology” at minority institutions. These short courses had the sole purpose of exposing minority students to the specialty.

“A lot of schools, especially some of the small schools and the minority-serving institutions, don’t have an endocrinology course so the grant allowed for various members of the Endocrine Society to volunteer to spend two to three or four to five days at an institution teaching a course,” he explains. “We were very pleased because for the Society to get a grant funded for several years, it resulted in a lot of exposure to undergraduate students, particularly minority students, to the field of endocrinology.”

Sherri-Ann Burnett-Bowie, MD, MPH, now serves as chair of CoDI, and says the need for similar programming that recognizes and then addresses some of the major gaps is still a critical goal. In addition to the name of the committee, the scope of “minority” has also changed over the years.

“We should ensure all activities across the Society and within the endocrine specialty incorporate diversity-related aspects, rather than CODI taking responsibility for developing separate activities.” – Cherie Butts, PhD, associate medical director, Biogen

“With the transition to CoDI, there’s been an expansion to thinking about diversity more broadly,” she says. “In addition to supporting our Black, Latinx, and indigenous members, CoDI also supports our LGBTQ members, and hosts symposia on clinical initiatives or research related to health disparities related to race, ethnicity, sexual orientation, or gender identity.”

Burnett-Bowie is an assistant professor of medicine at Harvard Medical School and a clinical investigator in the Massachusetts General Hospital Endocrine Unit. She assumed the role as chair in 2016 and will end her term this March. CoDI is now made up of 16 members, including liaisons and interns, who meet twice in person and via several conference calls each year.

“The greatest challenge is still conveying the importance of this work broadly,” says Burnett-Bowie. “Our current context is challenging. As a Society, and in the current broader society, there have been relatively limited conversations about what diversity brings to the table,” she says.

“There is tremendous investment on the Society level in CoDI’s programming, but some of the challenge has to do with making people aware of what we do, for example, our FLARE program, Future Leaders Advancing Research in Endocrinology,” she continues.

The goal of FLARE is to provide graduate students, post-doctoral fellows, clinical fellows, and junior faculty from underrepresented minority communities the skills to achieve successful, rewarding careers in endocrine research.

“The minority membership in our society was embarrassingly low so what we wanted to do first was get more members who were representative of those groups and/or sensitive to minority disparity issuess. We also wanted those individuals to play more of a role in the Society, not just on a Minority Affairs Committee but on program committees, meeting committees, etcetera.” – Thomas Landefeld, PhD, professor of biology and pre-health advisor, California State University, Dominguez Hills, Carson, Calif.

“It’s a great model that fosters tremendous community by having these Fellows connect with peers and faculty who look like themselves, as well as engaged allies,” Burnett-Bowie adds. “The leadership development that occurs is tremendous. FLARE is a great example of how a society can create meaningful change around improving diversity in medicine. For me that is very hopeful, and hope-filled.”

Cherie Butts, PhD, associate medical director at Biogen, has served on CoDI for the past two and a half years and agrees on the importance of having a clear strategy to enhancing diversity throughout the Society and specialty.

“We should ensure all activities across the Society and within the endocrine specialty incorporate diversity-related aspects, rather than CODI taking responsibility for developing separate activities,” she says.

“The more opportunities the Endocrine Society has to include diversity and inclusion activities at our meetings and annual conferences, the more we will be at the leading edge around clinical care, innovation, and investigation,” Burnett-Bowie adds.

-Fauntleroy Shaw is a freelance writer based in Carmel, Ind. She is a regular contributor to Endocrine News.