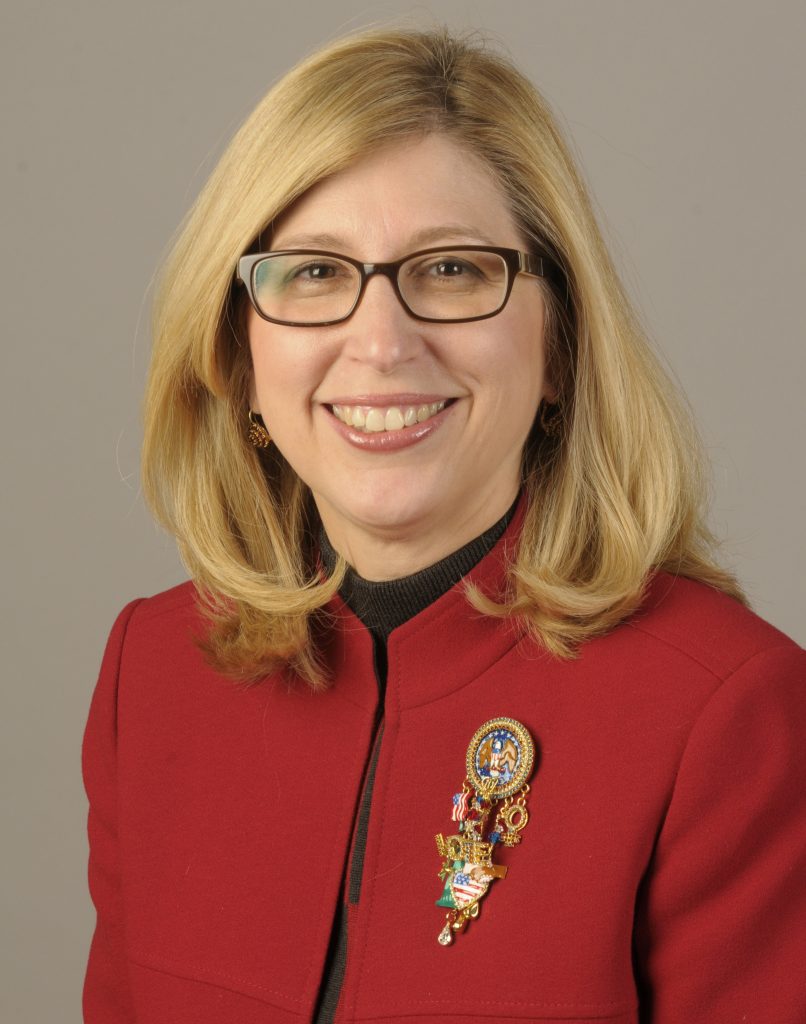 Endocrine Society past-president Teresa K. Woodruff, PhD, has been named the new dean of The Graduate School and associate provost for graduate education at Northwestern University.

Woodruff, the Thomas J. Watkins Professor of Obstetrics and Gynecology and director of the Women’s Health Research Institute at Northwestern University Feinberg School of Medicine, is an internationally recognized expert in ovarian biology and has spent 32 years as a member of the Northwestern community in various roles.

“This is an amazing opportunity, and I am deeply committed to the mentorship and training of the next generation of scholars,” Woodruff says. “I have firsthand experience with the life of a graduate student at our institution and the opportunities our students have during their training and their career afterward.”

“It’s a real honor and pleasure to be able to lead The Graduate School,” she adds. “I understand the needs of diverse training environments, ranging from the humanities and social sciences to the performing and professional arts and to the basic and medical sciences.”

Woodruff is vice chair of research (OB/GYN) and chief of the division of reproductive medicine in science at Feinberg. She also is professor of molecular biosciences in the Weinberg College of Arts and Sciences and professor of biomedical engineering in the McCormick School of Engineering. In addition, she is the director of the Center for Reproductive Science and director of the Oncofertility Consortium.

What’s in a Name?

In 2006, Teresa K. Woodruff coined the term “oncofertility” to describe the merging of two fields: oncology and fertility.

“I’m delighted to serve with Jonathan Holloway, our new provost, and to work on his agenda to support the research and learning environment at our institution,” Woodruff said. “I’m also delighted that President Schapiro and Provost Holloway value the science I do, and I’ll continue to work on women’s health, reproductive research and oncofertility.”

Woodruff has helped change the way research is funded in America, working to spur the National Institutes of Health (NIH) to establish a policy last year that requires the consideration of sex as a biological variable in basic science and preclinical research.

This policy marks a fundamental shift in the way researchers must evaluate sex in the use of subjects and cells in their design of experiments.

“On a different front, her efforts to ensure the inclusion of male and female cells in basic and translational research helped change the way the National Institutes of Health funds research. Now NIH-funded scientists must be inclusive in their research, providing more accurate results that will lead to better therapeutics and treatments for both men and women,” he says.

Northwestern Provost Jonathan Holloway said, “I am delighted that Teresa Woodruff has agreed to serve as the next dean of The Graduate School and am excited to have her join my team in the Provost’s Office. Given her impressive track records as a scientist, researcher and innovator, I know that she will make major contributions to graduate education at Northwestern.

“I understand the needs of diverse training environments, ranging from the humanities and social sciences to the performing and professional arts and to the basic and medical sciences.”

“During the selection process, Professor Woodruff’s appreciation for graduate students and the central role they play in the academic life of the University was made clear time and again,” Holloway added. “She is going to be a stalwart defender of the graduate student experience at Northwestern and, I’m sure, will become a national leader in conversations regarding the direction of graduate education at leading research universities.”

Woodruff has long been an advocate for education, diversity and inclusion — not only at the professional level but also with high school students. To this end, she founded and directs the Oncofertility Saturday Academy (OSA), one of several high school outreach programs that engage girls in basic and medical science.

That kind of inclusive and transformational approach to education will also help characterize some of her work, strategy and goals at TGS.

“We will continue to recruit the most talented and creative students who have the potential to not only engage with the world but to change it.” Woodruff says. “We want to create an environment in which their learning, discovery, understanding, and creativity can flourish. We’re not here to simply train students in the knowledge that currently exists, but to prepare and inspire students to transform the world of our future and create the new tools and ideas that will enhance all of our lives.”

“I’m passionate about increasing the number of applicants from a wide variety of backgrounds,” she adds, “and, in fact, I have developed a whole series of programs, including a successful high school pipeline program with students and teachers, to ensure that we have a broad and diverse group of learners.”

As a reproductive endocrinologist, Woodruff has spent the better part of her research career focusing on female reproductive health and infertility. She is founder and director of the Oncofertility Consortium. With the consortium, Woodruff established a national team of oncologists, fertility specialists, social scientists, educators and policymakers to translate her research to the clinical care of women who will lose their fertility due to cancer treatment.

As an educator and mentor, Woodruff works hard to encourage young women to pursue careers in the sciences and has developed the Women’s Health Science Program for High School Girls and Beyond. The program at the Feinberg School targets primarily African-American and Latina girls from disadvantaged backgrounds in Chicago. The young women can study at four different Northwestern academies: cardiology, physical science, infectious disease, and oncofertility.

Woodruff’s program for mentoring urban minority high school girls for college and careers in science and health was awarded the prestigious Presidential Award for Excellence in Science, Mathematics and Engineering Mentoring by President Barack Obama in 2011.

Widely recognized for her work, Woodruff holds 10 U.S. patents, and was named in 2013 to Time magazine’s “Most Influential Persons” list. Some of her recent awards and honors include the Journal of Women’s Health Award for Outstanding Achievement in Women’s Health Research (2017), election to the College of Fellows at the American Institute for Medical and Biological Engineering (2017) and the Society for Endocrinology Transatlantic Medal (2017).

She also received the Beacon Award from Frontiers in Reproduction (2013), the Vision and Impact Award Honoring Women Who Change Lives from the American Committee for the Weizmann Institute of Science (2012), an Alumni Association Merit Award from Northwestern (2012), the Distinguished Woman in Medicine and Science from Northwestern (2009), Feinberg School’s Faculty Mentor of the Year (2009) and the Alumnae of Northwestern Award (2008).