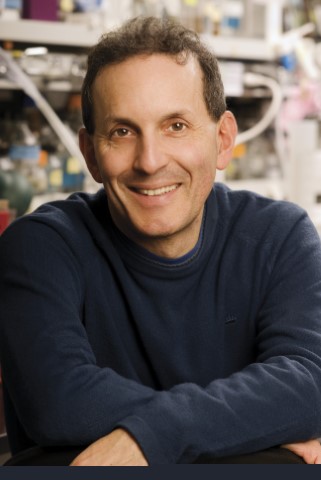 Endocrine News spoke with incoming Endocrine Reviews editor-in-chief, Daniel J. Drucker, MD, to find out what direction he plans to take the journal and what readers can expect under his leadership and why he believes “if it ain’t broke, don’t fix it.”

Drucker is professor of medicine and the Banting and Best Diabetes Centre-Novo Nordisk Chair in Incretin Biology at the University of Toronto, and a senior scientist at the Lunenfeld-Tanenbaum Research Institute, Mt. Sinai Hospital in Toronto, Ontario, Canada.

“The nature of science is the dynamic flow of regular new information. Some fields and topics change slowly, others are exploding with weekly new insights.” –  Daniel J. Drucker, MD

A Fellow of the Royal Society, London, Drucker’s discoveries have been recognized by numerous scientific and medical societies. He has been honored with the Endocrine Society’s Clinical Investigator Award, the American Diabetes Association’s Banting Award, the Claude Bernard Award from the European Foundation for the Study of Diabetes, the Manpei Suzuki International Prize, the Rolf Luft Award from the Karolinska Institute, and the Harrington Prize for Innovation in Medicine.

Drucker’s laboratory studies the molecular biology and physiology of gut hormones, with a focus on the glucagon-like peptides. Drucker’s scientific studies have identified multiple novel mechanisms of hormone action, enabling the development of new drug classes for diabetes, obesity and intestinal failure.

Outgoing editor-in-chief Leonard Wartofsky, MD, MACP, professor of medicine, Georgetown University, Washington D.C., had nothing but praise for his successor: “Endocrine Reviews has had the highest impact factor of all endocrine journals for many years,” he says. “Dan Drucker has had an illustrious career as a clinician investigator and I could not think of a more capable successor to me as editor-in-chief. I am sure that the journal will flourish even further under his guardianship.”

Endocrine News caught up with Drucker to find out what fans of Endocrine Reviews can expect from his leadership and where he hopes to take the journal in the future.

Endocrine News: Editors-in-chief endeavor to put their own stamp on their respective journals. What is your vision for the future of Endocrine Reviews?

Daniel J. Drucker: When something is not broken, don’t make up reasons to fix it. However, there are small changes that we can affect to make the journal even more attractive. Evolving flexible journal formats, faster and more responsive communication with authors, seamless integration with the Endocrine Society publications platforms, while continuing timely dissemination of the best in endocrine science. The editorial board hopes to make its mark through an enduring legacy of quality, while being responsive to adaptations in the way we communicate science.

“Dan Drucker has had an illustrious career as a clinician investigator and I could not think of a more capable successor to me as editor-in-chief. I am sure that the journal will flourish even further under his guardianship.” – Leonard Wartofsky, MD, MACP, professor of medicine, Georgetown University, Washington D.C.

EN: In looking at the other peer-reviewed publications in this space, what do you feel sets Endocrine Reviews apart from the other journals?

DJD: I have great respect for our competitors in the space. A major strength of our journal is the academic editorial board and our daily interaction with real endocrine scientists, basic and clinical. We live the life and are on top of what is hot and what is not. Collectively, we have a broad network of colleagues and interests. We are also easy to reach — have an idea for a review, just email us, or chat with us at meetings. We are your Endocrine Society colleagues and we would be thrilled to listen to your ideas and suggestions.

EN: Do you expect to be inviting reviews similar to the length, format, and style to those currently being published?

DJD: The new editorial board has expanded the format options to include shorter more concise reviews. For many of us, either authors or readers, there are few topics that can’t be summarized within a 4,000-word format. We will retain the longer format option and listen to feedback as our style evolves.

EN: Will you be expanding the scope of the journal’s subject matter to include topics that may have not been represented in the past?

DJD: The nature of science is the dynamic flow of regular new information. Some fields and topics change slowly, others are exploding with weekly new insights. We will maintain an open mind in regard to new topics, yet we are aware, as a general review journal, that some new topics might just be a bit too narrow and speclalized for our audience.

“A major strength of our journal is the academic editorial board and our daily interaction with real endocrine scientists, basic and clinical. We live the life and are on top of what is hot and what is not.” – Daniel J. Drucker, MD

EN: You’ve been an active user of Twitter before taking on Endocrine Reviews. How do you plan to use this platform as editor-in-chief?

DJD: I use Twitter to expand my information-gathering capabilities, and to take the pulse of what kind of science and topics are generating excitement among colleagues. Simultaneously, I will highlight papers within my own areas of interest. As the Endocrine Society increasingly embraces the use of more social media channels, I suspect Twitter will be one of many ways that we engage in the publication conversation and highlight topics of interest in Endocrine Reviews and related Endocrine Society publications. 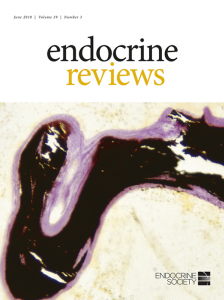 Endocrine Reviews publishes comprehensive, authoritative and timely review articles balancing both experimental and clinical endocrinology themes. The journal features Essential Points summaries for each article and professionally prepared illustrations that can be downloaded for presentations and teaching. The journal’s Impact Factor ranks among the top of the more than 100 journals in the “Endocrinology & Metabolism” category of Clarivate Analytics’ Journal Citation Reports.