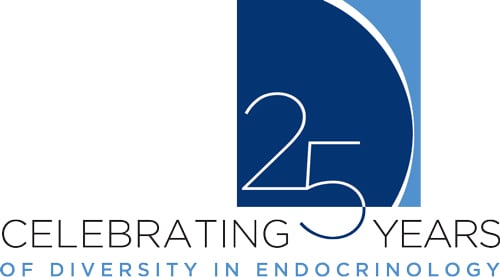 The Endocrine Society’s minority outreach has steadily evolved from simply a “good idea” over 20 years ago into a life-changing program for hundreds of minority endocrinologists for generations to come.

What started as a vision of Thomas Landefeld, PhD, in the late 1990s has changed the life trajectories of hundreds of minority research scientists across the country. Landefeld is credited with developing the Endocrine Society’s first Minority Affairs Committee to address the lack of minority members in the endocrine specialty. Now a professor of biology and pre-health advisor at California State University, Dominguez Hills, he recalls the first committee initiative that’s impact is still felt today — the endocrine “short courses.”

“A lot of schools, especially some of small schools and the minority-serving institutions, don’t have an endocrinology course so the short courses allowed for members of the Endocrine Society to volunteer to teach two to five days at one of these institutions,” he explains. The courses were made possible by a grant from the National Institute of General Medical Sciences (NIGMS). Landefeld says it soon became obvious the short courses made an impression on more than just the students.

As one of the volunteer faculty at a short course held at the University of Hawaii at Manoa, Mary Frances Lopez, PhD, an assistant professor of pediatrics at Harvard Medical School, taught the endocrine system, function, and diseases. She emphasized the importance of certain hormones such as steroids and the use in sports, or insulin and its role in diabetes in minority communities.

“Students enjoyed learning about the practical and everyday aspects of endocrinology,” Lopez recalls. “I tried to make typically confusing and complex topics ‘cool’ by showing how the endocrinology field has practical impacts in various aspects and stages of our lives.”

“I also spent half of the day mentoring students one-on-one,” she adds. “This was one of the most memorable part of the short course to me. I learned about the students’ background, experiences, and struggles. In turn, I was able to give each of the students individualized advice.” 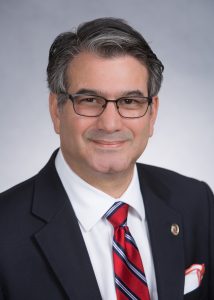 Gary D. Hammer, MD, PhD, president-elect of the Endocrine Society, was a short course instructor both in 2000 at Texas A&M, Corpus Christi, and in 2001 at the University of Guam. He reflected on the message he and other faculty stressed to the participating students.

“The immediate message that we certainly hoped, and still hope, would resonate was the overall sense that ‘Can Do’ was more than a catch phrase,” says Hammer, director of the Endocrine Oncology program at the University of Michigan, Ann Arbor.

“I think that even the short courses catalyzed a real sense of empowerment in these young people,” he continues. “Such empowerment requires first showing what a life in science and in healthcare is, then showing what is possible, then empowering them that they can, too. The spirit of seeing ‘what is’ and that ‘they can’ was palpable. They heard and saw that from the speakers and felt the possibility in each other.”

When the NIGMS grant funding ceased in 2006, the Minority Affairs Committee was tasked with reframing the short courses into a more structured education program, leading to the launch of the Minority Access Program (MAP) in 2008 under then-president Margaret (Peggy) Shupnik, PhD. 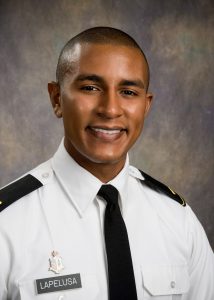 “I owe the [Minority Access Program], the Endocrine Society, and those who made the program possible, a debt that I will never be able to pay off. No matter where I go, I will advocate for the need for such programs. Programs that expanded the range of what is perceived to be possible.” – Andrew La’Pelusa, former MAP participant currently pursuing dual MS/MD degrees at Wright State University Boonshoft School of Medicine, Dayton, Ohio

Mark Lawson, PhD, and Steve Anderson, PhD, served as co-directors of MAP and visited 12 – 20 schools each year to recruit participants.

“MAP was very impactful and more effective than other similar programs in increasing minority participation/pursuit of biomedical research careers,” says Lawson, professor of Reproductive Medicine at the University of California, San Diego. “Educational consultants discovered that twice as many undergraduates entered professional school in the health sciences compared to traditional summer research programs.”

Carlos Perez Kerkvliet participated in MAP during the summers of 2011 and 2012 while earning his bachelor’s at the University of Puerto Rico at Cayey.

“Dr. Steve Anderson would visit my undergraduate institution every year to recruit talented individuals interested in endocrinology and research,” he explains. “I decided to interview for MAP and am eternally grateful for being accepted to participate in this program. I did the first summer in the University of Colorado and worked with Dr. Jennifer Richer and the second summer I was under the supervision of Dr. Margaret Shupnik at the University of Virginia.”

Andrew La’Pelusa first heard about MAP from a fellow student while attending Morehouse College, a historically black college in Atlanta, Georgia. He participated in MAP at the University of California, San Diego the summers of 2013 and 2014 and is now pursuing a dual degree (Pharmacology and Toxicology MD/MS) at Wright State University Boonshoft School of Medicine. Dayton, Ohio.

He believes it’s “a disservice” to call those who are responsible for MAP just faculty because they are like “family.”

“That’s just how much they cared,” La’Pelusa says. “The greatest strength of the MAP program and the Endocrine Society has been the continued support throughout the years. From my first poster presentation to my medical school application and beyond, they have always been there to help and direct me when I felt aimless.”

MAP was also supported by an NIGMS grant and ended in 2015 when funding expired. Participants of the short courses and MAP agree, however, that diversifying the endocrine specialty is an ongoing effort and reviving the programs should be considered.

“Since the numbers of underrepresented minorities in medicine and other health careers, including endocrinologists, are embarrassingly low, there is definitely still a need today,” Landefeld says. “These [programs] could stimulate and motivate more underrepresented undergraduate minorities, just as it did back then.”

La’Pelusa, in fact, says he would not be in medical school today if not for the MAP program.

“I owe the MAP program, the Endocrine Society, and those who made the program possible, a debt that I will never be able to pay off,” he says. “No matter where I go, I will advocate for the need for such programs. Programs that expanded the range of what is perceived to be possible.”

Lawson says he has been approached multiple times by NIGMS staff to re-start MAP.

“MAP has indeed been missed and I am frequently asked about its future,” adds Anderson, vice chair for research in the Department of Pathology at the University of Colorado School of Medicine. “I feel this was one of my significant contributions to the scientific community.” Both Anderson and Lawson remain in frequent contact with MAP participants and continue to offer career advice.

In an interview with Endocrine News in March, Sherri-Ann Burnett-Bowie, MD, then chair of the Society’s Committee on Diversity and Inclusion (CoDI), said there is a “tremendous investment on the Society level in CoDI’s programming” and it is committed to addressing the gaps in minority representation within the endocrine community.

“Students enjoyed learning about the practical and everyday aspects of endocrinology. I tried to make typically confusing and complex topics ‘cool’ by showing how the endocrinology field has practical impacts in various aspects and stages of our lives.” – Mary Frances Lopez, PhD, assistant professor of pediatrics, Harvard Medical School, Boston, Massachusetts

“The MAP program demonstrated that a partnership between a professional society, Research 1 universities, and minority-serving institutions is both impactful and cost-effective,” he explains. “The [Society] is particularly suited due to its membership that includes clinical scientists, basic scientists, and partners from the private sector. This presented an array of career options and opportunities to young undergraduates that they were completely unaware of and opened their eyes to what they could do with their own careers.”

As demonstrated here and in previous articles, the Endocrine Society continues to embrace and promote diversity in as many ways as possible. Another program that the Society has fostered is the Future Leaders Advancing Research in Endocrinology (FLARE) program which reaches out to basic scientists, clinical research trainees, and junior faculty who have shown achievements in research and come from underrepresented minority communities.

Look for more about FLARE in an upcoming issue of Endocrine News.

—Fauntleroy Shaw is freelance writer and editor based in Carmel, Ind. She is a regular contributor to Endocrine News.