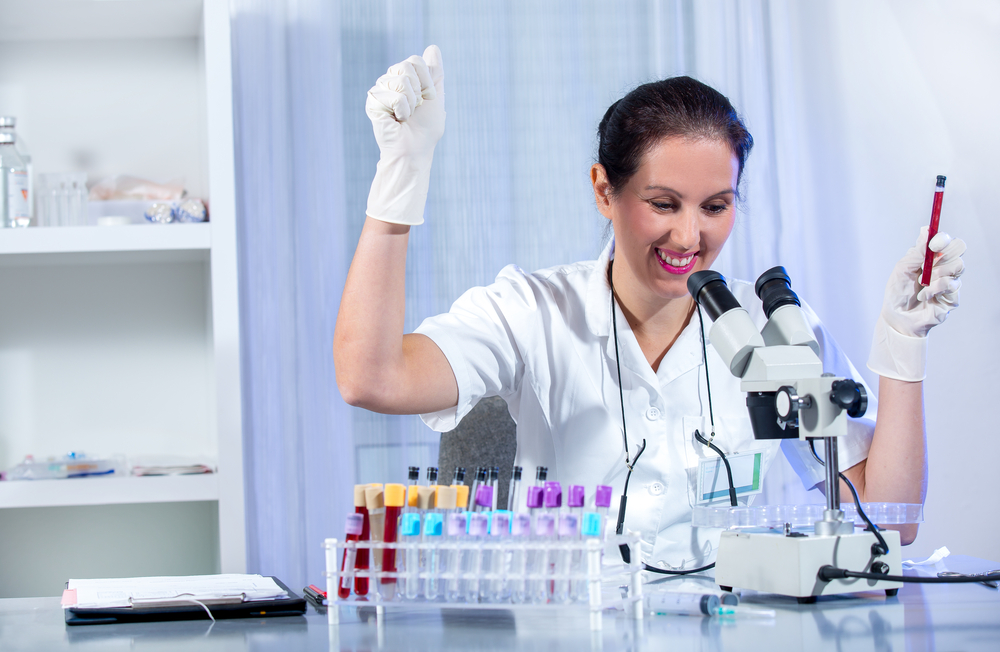 Endocrine News has compiled the leading breakthroughs in endocrine research over the course of the past year with the help from 11 editors from Endocrine Reviews. From genetic research to new thyroid cancer drugs, amazing progress is being made in the field of endocrinology.

Each year brings us a little closer to solving complex endocrine puzzles. In 2015, global research efforts led to an impressive crop of scientific publications in endocrinology, ranging from the inner workings of circadian metabolism to the relationship between sex hormones and bone. Eleven editors of Endocrine Reviews shared their input on the most significant findings published over the past year or so — highlighting a few of the exciting developments in several specialties.

For David Clemmons, MD, professor of medicine at the University of North Carolina at Chapel Hill, three major discoveries rise to the top in this arena — but one especially stands out. “From my perspective, the biggest finding was that metabolic reprogramming is directly linked to cellular differentiation,” he says.

The secrets of cell differentiation have mystified the field of medicine for ages, but such progress takes science closer to a clear understanding of the complexities of these processes — and could lay forth a path to a wealth of new therapies.

The second major discovery from Clemmons’ point of view is that the assembly of discrete signaling complexes within cells containing NAPDH oxidases can result in discrete protein oxidation changes, completely altering metabolic signaling. “This provides a seminal understanding as to why the generalized anti-oxidative approach, like Vitamin C ingestion, has failed to correct tissue damage due to oxidative stress,” he explains. “It opens up the possibility that targeting strategies for the specific complexes may be much more successful.”

The third big finding he points to involves weight-loss surgery. In 2015, studies were able to characterize the vast metabolomic changes that occur following various types of obesity procedures.

As an andrologist, David Handelsman, PhD, professor at the University of Sydney in Australia, focuses on an area of reproductive endocrinology that has encountered some important recent discoveries.

One of the most significant advances involves cryopreservation of spermatogonial stem cells to preserve the future fertility of boys and men. Previously, males who lost fertility due to disease or toxic exposure had very limited hope of producing biological offspring. That may be about to change. A significant amount of research is supporting adjustments to the timing of cryopreservation of spermatogonial stem cells for future transplantation or culture. “This would be revolutionary in several areas. Achieving these milestones is tantalizingly close,” Handelsman says.

Both Handelsman and Bradley Anawalt, MD, professor and vice chair at the University of Washington Department of Medicine, Seattle, Wash., think that recent studies are underlining another important change in their field: the abatement of testosterone therapy.

“We have ‘discovered’ that we know very little about the benefits and adverse effects of testosterone therapy in men,” Anawalt explains. “The literature in the past year has been replete with conflicting epidemiological studies about the effects of testosterone on cardiovascular events and prostate disease, but we have an extremely small amount of data on potentially beneficial effects.”

Handelsman believes there is widespread misinformation about testosterone therapy, which has led to overuse. The clashing data implies that physicians should exercise great caution in prescribing testosterone.

Female reproductive endocrinology has also seen progress in certain research areas. George Mastorakos, scientific consultant at the University of Athens, Athens, Greece, thinks two categories of findings have stood out: the roles of endocrine disruptors in feminizing and counter fertility and the effects of stress events during pregnancy on offspring through epigenetics.

In the world of adrenal research, Wiebke Arlt, MD, DSc, head of the Centre for Endocrinology, Diabetes and Metabolism at the University of Birmingham, Birmingham, U.K., believes genetic studies to be the most exciting right now.

“Genetic discoveries continue to shape how we view adrenal disease,” she says. “This will help us to take a stratified approach to diagnosis and therapy.”

A hot topic among scientists in this specialty is the PRKACA gene. Adrenal cortisol-producing adenomas often originate in activations of mutations in this gene. Researchers gained more insight this year into the mechanisms that catalyze these harmful mutations.

On top of genetic discoveries, new therapies have been emerging for congenital adrenal hyperplasia. Drugs like abiraterone acetate and Chronocort are making their way through tests and demonstrating promise.

Big progress has occurred in the realm of thyroid cancer as well.

“This study is a major advance for the treatment of patients with this disease,” Koenig says. “First of all, the fact that it is a randomized double blind trial in the thyroid world itself is remarkable. Second, the study showed that this tyrosine kinase inhibitor to have very impressive activity, albeit with toxicity.”

In the area of genetics, a paper in The New England Journal of Medicine titled “Germline HABP2 Mutation Causing Familial Nonmedullary Thyroid Cancer” provided insight into the inherited mutations that can cause this cancer.

“This is the first identified gene and mutation that appear to underlie familial nonmedullary thyroid cancer,” Koenig explains.

“This will change the way we practice because patients and their families can now be screened for mutations in this gene,” says Koenig.

Rossella Elisei, MD, professor at the University of Pisa in Italy, thinks that the most important recent advance is the integrated genomic characterization of papillary thyroid cancer.

“The morphological diagnosis will be derived from cytology, and pathology will be substituted by molecular profile diagnosis,” she explains.

Elisei anticipates that targeted cancer therapies will eventually follow these improved diagnostic capabilities. In thyroid and beyond, this is likely to be a hot area of research for years to come.

“We have ‘discovered’ that we know very little about the benefits and adverse effects of testosterone therapy in men. The literature in the past year has been replete with conflicting epidemiological studies about the effects of testosterone on cardiovascular events and prostate disease, but we have an extremely small amount of data on potentially beneficial effects.”  — Bradley Anawalt, MD, professor and vice chair, Department of Medicine, University of Washington Department of Medicine, Seattle, Wash.

The field of bone has experienced numerous discoveries throughout 2015. According to Clifford J. Rosen, MD, professor at Tufts University, Medford, Mass., some of the top papers relate to the affiliation of pubertal onset, bone mass, and fracture risk.

He pointed to an article in Endocrine Reviews by Jean-Philippe Bonjour and Thierry Chevalley as an example. The piece dissects the critical elements that define peak bone mass and how it may affect fracture risk.

“The reason this is so important is that longitudinal studies are very difficult and time consuming, so the summation of data is critical,” Rosen says.

He is equally excited about the accumulating evidence that bone regulates glucose homeostasis. “More and more data are supporting the complex interactions of bone with fat and the beta cell,” Rosen continues. As a result, fractures are being recognized as a major complication of type 2 diabetes.

New therapy approaches for osteoporosis have also increased in the past year. Richard Eastell, MD, professor at the University of Sheffield in the U.K., was impressed by the results of clinical trials that tested combinations of existing osteoporosis drugs, particularly one that showed a sequence of teriparatide followed by denosumab may be quite effective at upping bone density.

“In dealing with our most severe cases of osteoporosis, I think the lessons learned from these combination studies will have great value,” says Eastell.

He is also eager for further study of free vitamin D as a possible new testing standard, but thinks that this milestone will take time to achieve.

The first relates to Cushing’s disease. Scientists found that mutations in the gene USP8 can be an underlying cause of ACTH-secreting adenomas. Like other editors mentioned, this discovery will assist in diagnosis and possibly allow physicians to find the disease sooner and prevent the progression of symptoms.

Along the same lines, new genetic causes of gigantism and acromegaly were uncovered. Mutations on GPR101 and microduplications on Xq26 are now known indicators of these conditions.

Latronico, who specializes in pediatric endocrinology, took interest in this paper due to its description of a new disorder, X-linked acrogigantism (X-LAG). This condition is characterized by early-onset gigantism resulting from an excess of growth hormone.

“In my opinion, the biggest recent discoveries in my specialty involve the elucidation of the etiologic mechanisms of rare and common diseases that were previously considered idiopathic,” she says. Gigantism and central precocious puberty are her primary examples.

Armed with new information in these areas, Latronico expects an evolution in genetic testing, more precocious diagnosis in a familial context, and development of targeted treatments.

These research highlights — although just a small and subjective sampling — bring to light the incredible work accomplished by endocrinologists in 2015. Such findings continue to underscore the great importance of endocrine science and discovery. With so much momentum, the coming year is sure to offer even more progress.

Mapes is a Washington D.C.-based freelance writer and a regular contributor to Endocrine News. She wrote about transgender hormone therapy in the October issue.