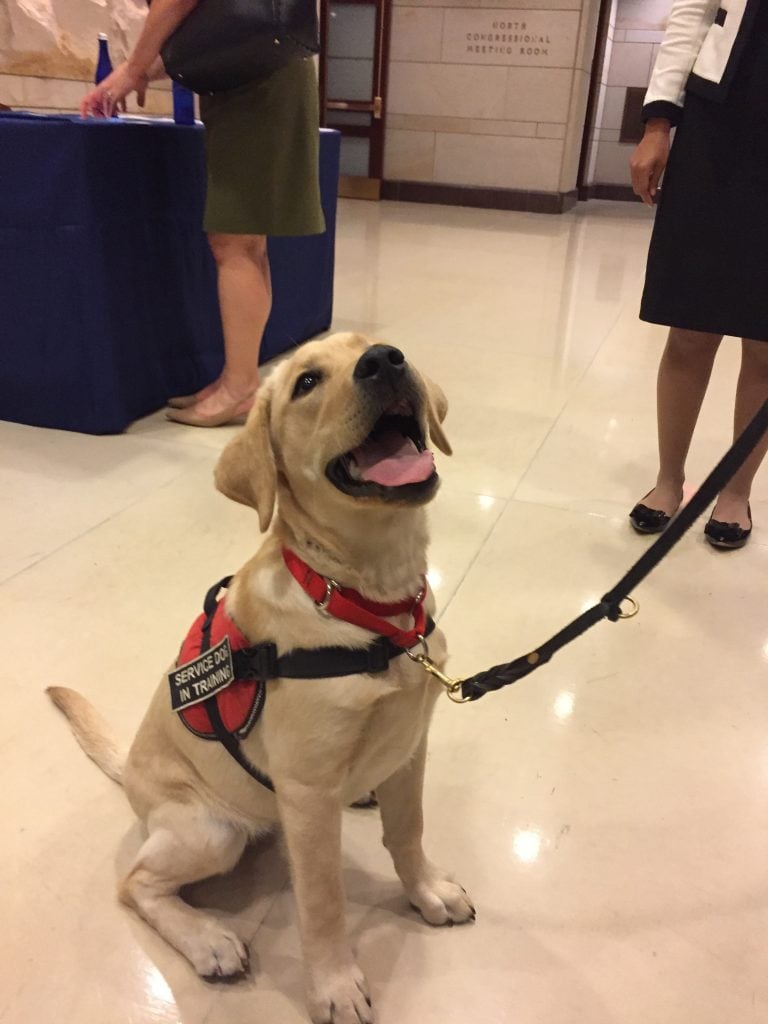 On September 14, the Endocrine Society hosted a briefing on Capitol Hill titled “Diabetes in America: Research Accomplishments and Clinical Challenges,” sponsored by Rep. Buddy Carter (R-GA). The briefing featured presentations from Judith Fradkin, MD, of the National Institutes of Health, who shared accomplishments in diabetes research; Shivani Agarwal, MD, MPH, of the University of Pennsylvania, who showed the audience the clinical challenges of treating diabetes; and Becky Causey, who gave a unique perspective of not only the mother of a child with type 1 diabetes, but also her profession, which is raising and training diabetes alert dogs.

Fradkin then turned to type 2 diabetes, and talked about how researchers are fighting not only this disease – which hits American Indians and people in the deep South the hardest – but also all the comorbidities that come along with it. For example, she says, one quarter of the people who have type 2 diabetes develop kidney disease but there have been no new therapies for kidney disease. However, there’s now a trial testing gout medicine to treat kidney disease.

Agarwal then described the enormous challenges that endocrinologists and their patients face when it comes to diabetes. She talked about the shortage of endocrinologists, a significant deficit in the face of the skyrocketing diabetes rates. On top of that, physicians only have about 15 or 20 minutes to visit with each patient, not nearly enough time to explain a complicated disease.

For the patient, simply having diabetes is already a struggle. There are other chronic conditions that come along with diabetes, such as cardiovascular problems, depression, the aforementioned kidney disease, and so on. But patients also face astronomical costs associated with diabetes. Insulin prices continue to climb. Patients have to purchase dozens of other supplies that insurance may or may not cover, or the insurance companies could decide to switch the formularies on a whim, and now the physicians have to spend part of that 15-minute visit teaching patients how to use a new product. “We have all these amazing products and technology,” Agarwal says, “but no access to them.”

Finally, Becky Causey brought in a five-month-old yellow Labrador retriever named Olive, who is learning to smell a hypoglycemic event. Causey has a son with type 1 diabetes, and she was able to collect some saliva once when her son was hypoglycemic, and put that saliva in a container for Olive to smell. Olive smells the container and Causey gives the dog a treat. Causey then delays the treat, and Olive bumps her nose to the container until she is finally rewarded. Causey has a waiting list four years long for her diabetes alert puppies, because she says the parents and children want an added safety net, since hypoglycemia is so dangerous.