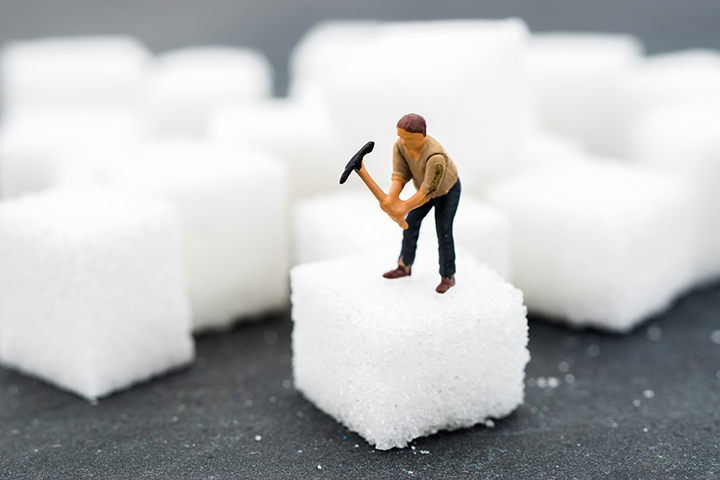 Diabetic microvascular disease threatens myriad complications, even as researchers continue to make progress in understanding the underlying mechanisms. According to a new scientific statement from the Endocrine Society, glycemic control remains the key.

“Vascular complications are the major cause of morbidity and mortality in diabetic patients,” according to a new Endocrine Society scientific statement summarizing the state of knowledge and best practices in managing diabetic microvascular disease. Not surprisingly, it points to hyperglycemia as the major risk factor for developing these complications.

“The latest research shows that maintaining tight control over blood sugar levels and blood pressure can help to reduce the risk of complications such as diabetic retinopathy,” says Eugene J. Barrett, MD, PhD, of the University of Virginia, who chaired the task force that developed the statement. “The issue is these goals also can put individuals at elevated risk for dangerous episodes of hypoglycemia or cardiovascular complications. Healthcare providers need to balance the competing goals and consider the individual patient’s needs to develop an appropriate treatment plan.”

“Diabetic Microvascular Disease: An Endocrine Society Scientific Statement” was published in the December issue of The Journal of Clinical Endocrinology & Metabolism. The statement is timely because “multiple levels of breakthroughs have happened in the last 10 years on what could be causing the cells to be dysfunctional when exposed to high glucose,” says George L. King, MD, chief scientific officer at Harvard’s Joslin Diabetes Center, who served on the task force.

Diabetes affects both injury and repair processes in a manner distinct from other vascular diseases, so the document summarizes both the general molecular processes involved in diabetic microvascular disease and many of their tissue-specific expressions.

The statement notes that its descriptions generally apply to both type 1 and type 2 diabetes — along with secondary forms of diabetes resulting from genetic mutations, pharmaceuticals, or surgical interventions — because despite the disparate pathogenesis of these conditions, they all share microvascular dysfunction as a chronic outcome.

The statement mainly focuses on injury to the “three classical diabetes microvascular target tissues — the eye, the kidney, and the peripheral nervous system.” Not surprisingly, the number one factor in staving off progression of symptoms in all of them is tight glycemic control.

Additional treatments include those “to inhibit the major mechanisms that hyperglycemia activates to induce vascular dysfunction; neutralize accelerants, such as inflammation and oxidative stress; and activate tissue-specific protective factors.” The statement also describes recently discovered endogenous protective processes that neutralize some hyperglycemia-induced toxins.

Diabetic retinopathy is considered a “quintessential microvascular complication” with the diagnosis of diabetes resting on the level of blood glucose associated with eye injury. Thus, the “primary method currently used to prevent or retard the progression of diabetic retinopathy is the judicious use of hypoglycemic agents,” the statement notes but it also describes the successes and failures of treatments designed to interfere with the biochemical pathways that can lead to damage. For severe forms of retinopathy, inhibitors of vascular endothelial growth factor are playing a critical therapeutic role in preserving vision. Studies have reported that angiotensin-converting enzyme (ACE) inhibitors targeting the renin-angiotensin system and the lipid-lowering nonstatin fenofibrate reduce the progression of diabetic retinopathy in normotensive patients. However, inhibitors of aldose reductase, protein kinase C, and metalloproteinases have not shown efficacy in preventing its progression.

The statement emphasizes the efficacy of intensive glycemic and blood pressure control, but notes the importance that “each person be treated individually, balancing microvascular and macrovascular risk against the risk of hypoglycemia and cardiovascular disease mortality.”

“Treatment should target different aspects of the disease in the following order: first, underlying pathogenic mechanisms; second, symptoms and improvement in quality of life; and third, the complications of neuropathy and their progression.” — “Diabetic Microvascular Disease: An Endocrine Society Scientific Statement

“Microvascular renal disease is … a major contributor to the development of end- stage kidney disease (ESKD) in the developed world,” the statement says. “Therapies to prevent or slow [its] development are multifactorial and include lowering blood sugar levels with medications, diet, and exercise, as well as treating hypertension and hyperlipidemia.”

Agents that block the renin-angiotensin aldosterone system have also been shown to be effective at slowing its development, particularly in patients with high levels of proteinuria, but they do not halt the progression to ESKD. ACE inhibitors and angiotensin receptor blockers also slow the progression of kidney disease but do not stop it, says Barry I. Freedman, MD, professor of internal medicine and chief of nephrology at Wake Forest School of Medicine, who worked on the renal section of the statement.

One of the brightest spots in kidney research has been the identification of genes related to nondiabetic forms of kidney disease — such as the APOL-1 gene, which contributes to 30%–40% of ESKD in the African-American population. But “it is sobering” that researchers have not been able to reproducibly identify genes with a similar effect in diabetic kidney disease, despite clear evidence that “these diseases run in families,” Freedman says.

“Diabetic neuropathies are very common and troublesome complications of diabetes that lead to morbidity and mortality and a huge economic burden for diabetes care,” the statement says, but they are underdiagnosed because they can be silent and go undetected while causing damage or they may present with nonspecific symptoms that mimic those of other disease: “Even when symptomatic, less than one third of physicians recognize diabetic neuropathy or discuss it with their patients.”

“Treatment should target different aspects of the disease in the following order: first, underlying pathogenic mechanisms; second, symptoms and improvement in quality of life; and third, the complications of neuropathy and their progression,” the statement says.

Intensive glycemic and metabolic control can significantly influence its progression, but not reverse established neuropathy. Therapies that have shown encouraging results by reducing oxidative and nitrosative stress include benfotiamine (a vitamin B1 prodrug), aldose reductase inhibitors, Metanx (a prescription vitamin-B complex), and alpha-lipoic acid (ALA). In addition to the retinopathy, kidney, and neuropathy segments, the statement also includes sections dealing with microvascular effects on the brain, skeletal and cardiac muscle, adipose tissue, and skin.

“The statement is an in-depth, detailed report on some of the major microvascular complications of diabetes. It’s a go-to site if you don’t have time to read a hundred papers on each of the complications. Reading even selected parts of it will give you a very good, up-to-date understanding of each complication.” – George L. King, MD, chief scientific officer, Harvard’s Joslin Diabetes Center, Boston

In Depth and Up to Date

“The statement is an in-depth, detailed report on some of the major microvascular complications of diabetes. It’s a go-to site if you don’t have time to read a hundred papers on each of the complications. Reading even selected parts of it will give you a very good, up-to-date understanding of each complication,” King says.