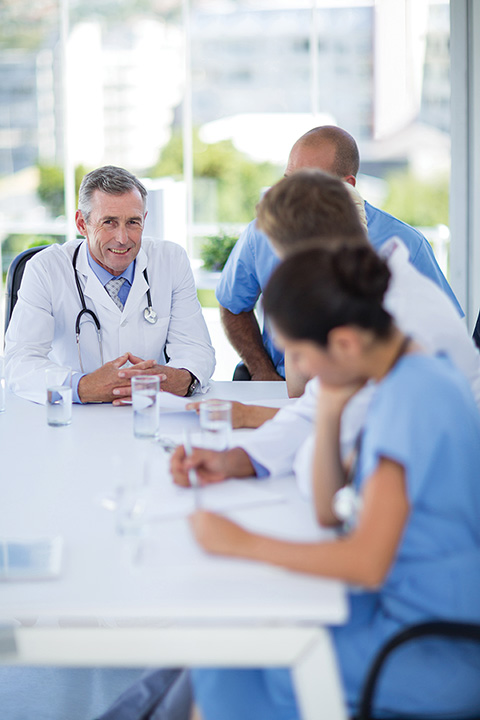 Endocrinologists are the logical choice to take greater leadership in the treatment of adult patients with Turner syndrome, but often these patients do not get the care they need, according to a lead author of the first comprehensive guideline on the disorder.

One in 2,000 females worldwide is born missing an X chromosome or with an abnormal X chromosome that leads to Turner syndrome, so the condition is more common than many routinely treated by endocrinologists. Yet, training programs seldom give it the attention it merits, says guideline senior author Philippe Backeljauw, MD, director of the Cincinnati Center for Pediatric and Adult Turner Syndrome Care and a professor of clinical pediatrics at the University of Cincinnati, in Ohio.

“When patients complete puberty and pediatric endocrinologists want to transition and transfer them, they would benefit from follow up with an adult endocrinologist, but sometimes they fall through the cracks,” Backeljauw says. “This is an underserved population, especially in the adult age range.”

The new guidelines aim to change that by providing a reference for treatment considerations and recommendations covering the entire lifespan, and they succeed in that aim, according to Richard J. Santen, MD, professor of medicine at the University of Virginia and a former president of the Endocrine Society, who participated in the guidelines’ creation.

“The guideline is encyclopedic in breadth and depth and very useful for all aspects of clinical care of patients with Turner syndrome. Such a detailed manuscript will be very helpful for physicians,” Santen says.

The most recent previous guideline on the topic was published in 2007 and was far less comprehensive. “In the last decade, a lot of new information has become available,” Backeljauw says. So, he and Claus H. Gravholt, MD, PhD, of Aarhus University Hospital in Aarhus, Denmark, began an international effort by convening exploratory meetings in Europe and the U.S. The participants formed five working groups to address key areas in Turner syndrome care: diagnostic and genetic issues; growth and development during childhood and adolescence; cardiovascular disease; transition and adult care; and other comorbidities and neurocognitive issues. The working groups convened in a consensus meeting in Cincinnati in July 2016 to review their proposals.

The result of the process, “Clinical Practice Guidelines for the Care of Girls and Women with Turner Syndrome: Proceedings from the 2016 Cincinnati International Turner Syndrome Meeting” was published in the September 2017 issue of the European Journal of Endocrinology and is available at http://www.eje-online.org/content/177/3/G1.long.

An Emphasis on Patient Involvement

A unique aspect of the guidelines was the active involvement of patients and patient advocates in creating them. “We involved the advocacy groups and the Turner syndrome community from the beginning on where we should put the emphasis,” Backeljauw says. “These groups sent out a survey to several thousand patients with Turner syndrome to find out what health issues are most relevant to them. The things that were most important for the patients were growth, puberty, neurocognitive aspects, and fertility issues.”

Backeljauw says that the confirmation that patients highly value growth is important to know because pediatric endocrinologists have sometimes been criticized for focusing too much on it. “Patients are willing to undergo treatment for multiple years to improve their adult height,” Backeljauw says. “The ability to have a near-normal puberty mimicked through estrogen and progestin replacement therapy is also very important to patients.”

The patients also emphasized their concern about neurocognitive issues. “All the psychological problems that they have with anxiety, social ineptness, inaptitude, issues at school with the nonverbal learning disorder and attention deficit — they wanted these things addressed,” Backeljauw says.

The guideline says that Turner syndrome “can involve multiple organs through all stages of care, necessitating a multidisciplinary approach to care.”

“You need a primary coordinator,” Backeljauw says, “and that could be an internist or it could be an endocrinologist — somebody who has an appreciation of general internal medicine and the issues specific for Turner’s. Of all the subspecialties, the endocrinologist is the most suitable because several of the treatments that these patients require the most are managed by endocrinologists. Examples include estrogen progestin replacement therapy; treatment of hypothyroidism, which is as common as one out of three patients with Turner syndrome; and treatment of hypertension.” Endocrinologists are familiar with these treatments, and with the help of the guidelines can make the appropriate referrals to other specialties, such as cardiology.

“When patients complete puberty and pediatric endocrinologists want to transition and transfer them, they would benefit from follow up with an adult endocrinologist, but sometimes they fall through the cracks. This is an underserved population, especially in the adult age range.” — Philippe Backeljauw, MD, director, Cincinnati Center for Pediatric and Adult Turner Syndrome Care; professor, clinical pediatrics at the University of Cincinnati, Ohio

Untreated Turner syndrome patients have a life span at least 10 years shorter than the general population, and cardiovascular issues are among the greatest contributors to mortality.

“Addressing cardiovascular co-morbidities is crucial to allowing these women to have a normal life span,” Backeljauw says. “The patients need to be diagnosed early on and continuously followed. Caregivers need to have a good appreciation of the type of cardiovascular mortality that plagues this population. In the adult range, a cardinal problem is dilatation of the aorta, which can lead to aortic dissection. And patients often have consequences of congenital heart disease for which they had treatment earlier. Endocrinologists familiar with these guidelines can make the appropriate referrals to cardiology. Some patients may need to see a cardiologist only every five or 10 years, but some may require it annually.”

Cardiovascular status is also an important consideration in one of the areas where patients expressed the greatest interest — fertility and reproduction. One surprise from the literature was the high success rate of assisted reproductive technologies in helping some women carry through with pregnancy, Backeljauw says, but when patients are not “appropriately screened from a cardiovascular perspective, the result can be an extremely high-risk pregnancy. The reproductive societies have issued statements that the risk is so high that many of these women should not undergo pregnancy, and it should be limited to just the healthiest ones with no heart disease.”

The guidelines contain specifics on what to know about cardiovascular screening and which women should be advised to avoid pregnancy.

“You need a primary coordinator, and that could be an internist or it could be an endocrinologist — somebody who has an appreciation of general internal medicine and the issues specific for Turner’s. Of all the subspecialties, the endocrinologist is the most suitable because several of the treatments that these patients require the most are managed by endocrinologists.” — Philippe Backeljauw, MD, director, Cincinnati Center for Pediatric and Adult Turner Syndrome Care; professor, clinical pediatrics at the University of Cincinnati, Ohio

Lay Versions for Patient Use

In addition to the formal guideline, the project leaders also wrote a lay version with “the objective that patients or their family members can go to their physicians and have an informed conversation. They can read for themselves what ought to be checked at their age and other considerations,” Backeljauw says. The lay version is available through the Turner Syndrome Society at http://www.turnersyndrome.org/guidelines-andchecklists.

— Seaborg is a freelance writer based in Charlottesville, Va. He wrote about the new proposed approaches in using guide arrows on the FDA-approved Dexcom G5 Mobile CGM in the November issue.